YouTube’s overeager AI might have misinterpreted a conversation about chess as racist language.

Last summer, a YouTuber who produces popular chess videos saw his channel blocked for including what the site called ‘harmful and dangerous’ content.

Running simulations with software trained to detect hate speech, they found more than 80 percent of chess videos flagged for hate speech lacked any—but did include terms like ‘black,’ ‘white,’ ‘attack’ and ‘threat.’

Popular chess YouTuber Antonio Radic had his channel blocked last summer for ‘harmful and dangerous’ content. He believes the platform’s AI mistakenly flagged him for discussing ‘black versus white’ in a chess conversation

With more than a million subscribers, Agadmator is considered the most popular chess vertical on YouTube.

But on June 28, Radic’s channel was blocked after he posted a segment with Grandmaster Hikaru Nakamura, a five-time champion and the youngest American to earn the title of Grandmaster.

YouTube didn’t provide him with a reason for blocking the channel.

In addition to human moderators, YouTube uses AI algorithms to ferret out prohibited content—but if they’re not fed the right examples to provide context, those algorithms can flag benign videos. 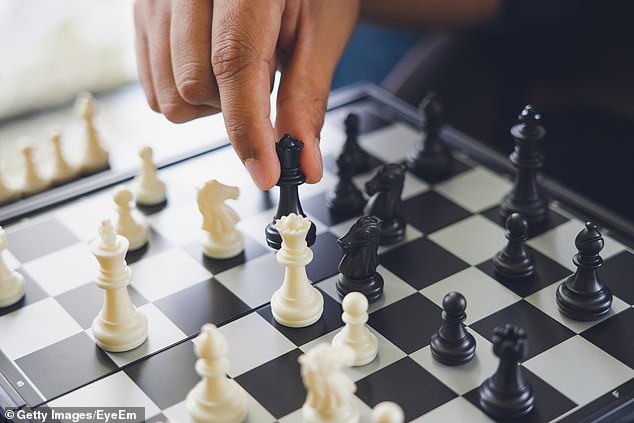 Researchers at Carnegie Mellon tested two top speech classifiers, AI software that can be trained to detect hate speech. More than 80 percent of the comments the programs flagged lacked any racist language, but they did include chess terms like ‘black,’ ‘white,’ ‘attack’ and  ‘threat’

Radic’s channel was reinstated after 24 hours, leading him to speculate his use of the phrase ‘black against white’ in the Nakamura was the culprit.

At the time, he was talking about the two opposing sides in a chess game.

‘We don’t know what tools YouTube uses, but if they rely on artificial intelligence to detect racist language, this kind of accident can happen,’ KhudaBukhsh said. 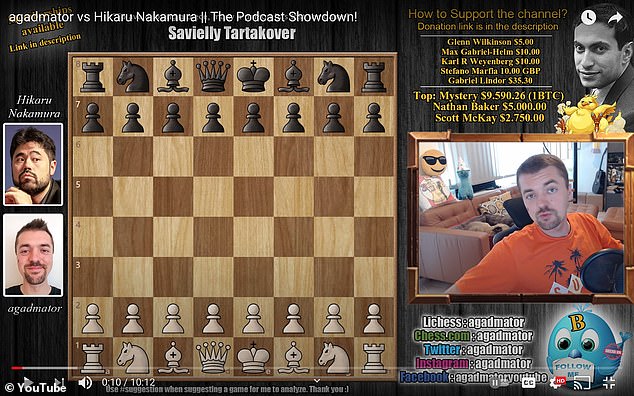 Radic’s channel was blocked for 24 hours after he posted this video, featuring a conversation with Grandmaster Hikaru Nakamura

Using the software on over 680,000 comments taken from five popular YouTube chess channels, they found 82 percent of the comments flagged in a sample set didn’t include any obvious racist language or hate speech.

Words such as ‘black,’ ‘white,’ ‘attack’ and ‘threat’ seemed to have set off the filters, KhudaBukhsh and Sarkar said in a presentation this month at the annual Association for the Advancement of AI conference.

The software’s accuracy depends on the examples its given, KhudaBukhsh said, and the training data sets for YouTube’s classifiers ‘likely include few examples of chess talk, leading to misclassification.’ 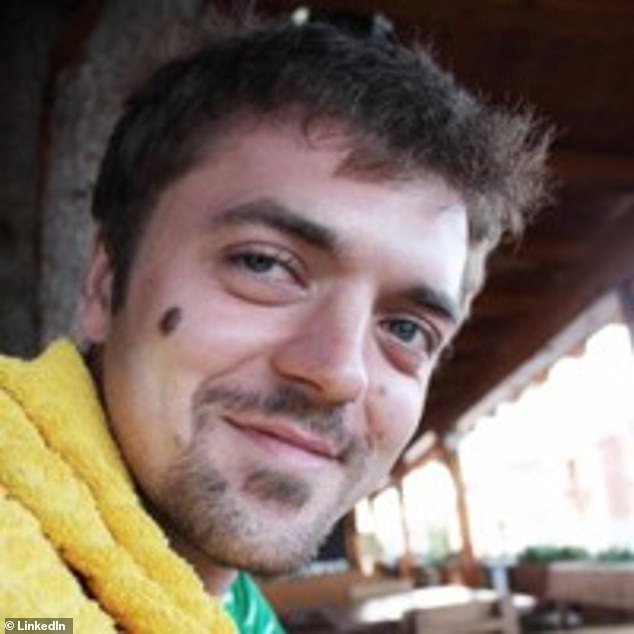 Radić, 33, started his YouTube channel in 2017 and has more than a millions subscribers. His most popular video, a review of a 1962 match, has garnered more than 5.5 million views

If someone as well-known as Radic is being erroneously blocked, he added, ‘it may well be happening quietly to lots of other people who are not so well known.’

YouTube declined to indicate what caused Radic’s video to be flagged, but told Mail Online, ‘When it’s brought to our attention that a video has been removed mistakenly, we act quickly to reinstate it.’

‘We also offer uploaders the ability to appeal removals and will re-review the content,’ a representative said. ‘Agadmator appealed the removal, and we quickly reinstated the video.’

Radić, 33, started his YouTube channel in 2017 and, within a year, its revenue exceeded his day job as a wedding videographer.

‘I always loved chess but I live in a small town and there weren’t too many people I could talk to about [it],’ he told ESPN last year. ‘So, starting a YouTube channel kind of made sense.’

His most popular video, a review of a 1962 match between Rashid Nezhmetdinov and Oleg Chernikov, has garnered more than 5.5 million views to date.

COVID lockdowns have sparked a renewed interest in chess: Since March 2020, the server and social network Chess.com has added roughly 2 million new members a month since the pandemic began, Annenberg Media reported.

The game of kings has also benefited from the popularity of ‘The Queen’s Gambit,’ an acclaimed mini-series about a troubled female chess master that dropped on Netflix in October.