The park plays host to the ominous Yellowstone volcano – a supervolcano that gets its name due to its capability to cause untold devastation in the event of an eruption. Located below the states of Wyoming, Montana and Idaho, the area is constantly monitored by the USGS (United States Geological Survey) for signs that such an eruption is on its way. But, geologists were left scrambling on the evening of August 17, 1959, during the Hebgen Lake earthquake which would inevitably create a new lake on the Madison River following a landslide.

The devastating 7.3 magnitude quake killed 28 people and caused more than £9million (£200million today) in damage, and the survivor stories are nothing short of sobering.

He writes: “It was a warm night on the mountains.

“Like many of the others, Tootie Greene and her husband, Ray, and their son, Steve, had arrived the previous evening. 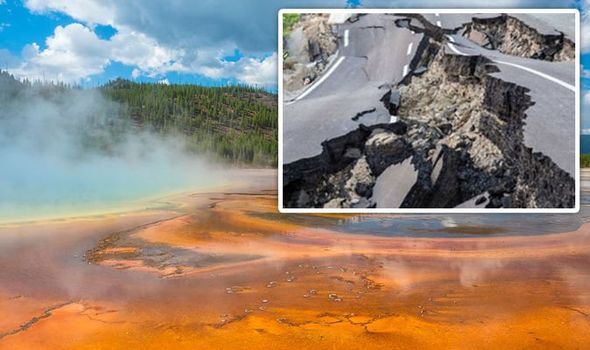 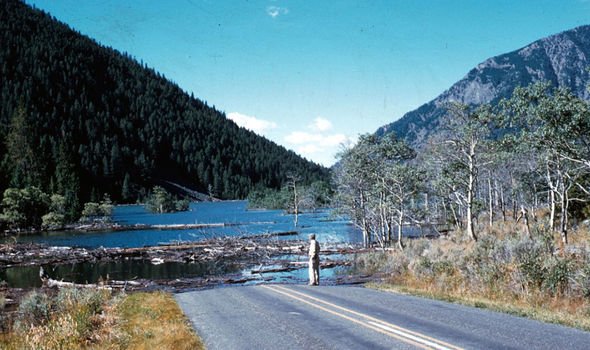 “Steve had planned on sleeping in his own room – at the opposite end of the 18ft tent – but Ray and Tootie had moved him in with them when he didn’t feel well.

“They had barely fallen asleep when they woke to the ground rolling beneath them like an ocean wave and as Tootie said ‘a noise you couldn’t believe’.

“Ray compared the roar to a train: ‘It was like an old steam engine locomotive at full throttle, only a hundred times louder.’”

Mr Morris went on to detail how one of the campers came inches from death.

He added: “Tootie opened the tent door and saw water, rocks and trees rushing towards them. 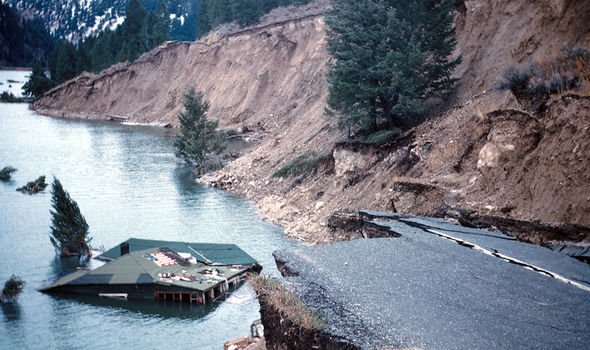 “Most of the tent had collapsed, and Ray could barely make out Steve’s head and arms in the tangled canvas.

“He grabbed Steve and pulled him free, out of the tent.

“The next thing Tootie knew, they had Steve in the front seat of the station wagon.

“Ray started the car and tried to drive towards the road, but the same tree that had slammed through the tent had lodged underneath the car and left it mobile.” 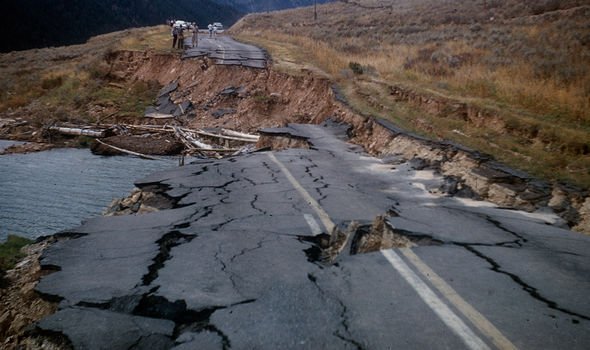 A trained nurse, Tootie put all hands on deck to help out.

Mr Morris explained: “The tree had gone right through the part of the tents where Steve normally slept.

“She later said ‘if he had been there, he’d have been a goner’.

“The air was filled with the smell of sulphur, people were crying for help in the darkness and soon more injured victims began arriving.

“Tootie remembered ‘we got busy helping everyone we could, I used towels and sheets and whatever I could for bandaging’.

“‘I knew about shock from my nursing experience, but my first-aid training came in very handy for bandaging these people.’” 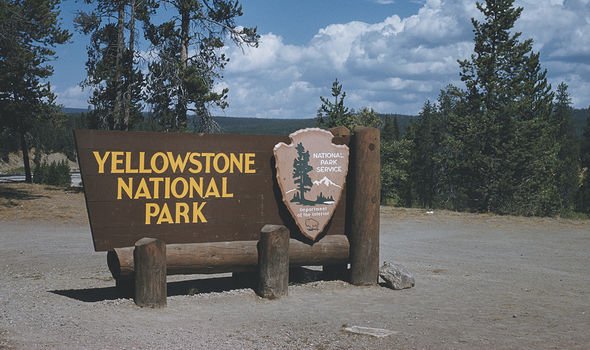 But the family were not alone.

He added: “Grover, 71, and his wife Lillian, 68, from Temple City, California, had woken to their trailer rocking back and forth.

“Grover exclaimed: ‘What in the hell was that? It must be a bear trying to get in’.

“But Lillian shouted ‘no, it’s an earthquake’.

“Next thing Grover knew, ‘everything was upside down’ the trailer was knocked end over and landed right side up in the river.”

The pair had to desperately scramble to pull themselves out of their sinking motorhome.

Mr Morris wrote: “Grover fumbled in the dark for some clothes to take up to Lillian, but then realised their home was sinking.

“The water was up to his chin by the time he got out and crawled on top of the trailer.

“He put on some trousers and a shirt and jumper and wrapped another piece of clothing around Lillian.”

After only three weeks the damned river created a lake more than 50 metres deep which now covers an area five miles long and a third of a mile wide.

Today, tourists to the area can stop by the Earthquake Lake Visitor Centre, which is situated 27 miles north of West Yellowstone to relive the horrors from more than half a century ago.

‘The 1959 Yellowstone Earthquake Disaster’ was published by The History Press in 2016 and is available to buy here.