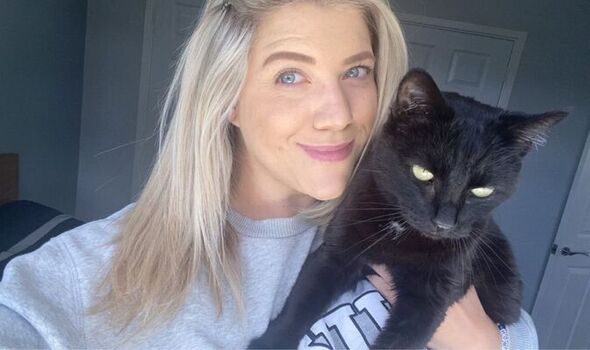 A woman who was bullied for having the same name as a local nightclub says she is proud of it despite her turbulent childhood.

Utopia Adaway, who faced taunts from classmates that she was named after the club and whose grandfather refused to use her real name, is now using her unusual moniker to teach others that being unique is a good thing.

The 32-year-old gained her name after doctors mistakenly told her parents they should expect a boy.

Utopia’s dad decided to give his only daughter a “special” name and chose it as it meant “Paradise”.

While her name was welcomed by many, it caused divisions within the family, with Utopia’s grandfather finding it “strange” and calling her “Emma” instead, reports The Mirror.

Eventually her mum put her foot down and told him to refer to her correctly, and he settled for calling her “Topi” instead.

Utopia, from Berkshire, faced similar issues at secondary school, where classmates used to bully her about her unusual name.

She said: “Kids can be horrible. They bully each other. And it’s just another bit of ammo for children, isn’t it, to bully someone having a different name?

“In society, if you’re different, it is frowned upon and it’s wrong. It shouldn’t be. Everyone is so unique and I love that. And I love I’m different now.”

Fuel was added to the fire by the fact that a nightclub in the local area was also named Utopia, leading many to wrongly assume her parents had christened her after it.

The club shut down a few years back, with an IKEA store built in its place, but Utopia still gets people asking her about it to this day.

Utopia, who now works in finance, said: “Even now, I’ll go to an interview with, you know, for a new job or something, and people who are older than me will be like, ‘Oh, you remember the nights in Utopia?

“And I’m like, Well, I was only three when that nightclub opened! Even now, I’ve still got the newspaper where I was in it on the dancefloor.”

A clipping of the article in question shows a three-year-old Utopia outside her namesake club with her mum, making a very special guest appearance at the opening night back in 1992.

Nowadays when Utopia tells people her name, many will end up getting hopelessly confused about where exactly she is from, assuming she is from Poland or “possibly a man who is German”.

Although Utopia’s name has led to some difficulties, she says her experiences of being bullied for having such a unique name have ultimately helped shape her into the confident person she is today.

Utopia explained: “Because I was bullied when I was younger, partly because of my name, I think it’s made me a more confident person now and I think it is so important nowadays to be different and just be you because everyone is different.

“No matter what your name is, your colour, it’s good to be different because you stand out from a crowd and people remember you.”

Offering advice to anyone currently having to deal with bullies, Utopia reflected: “If I could turn back time, I would say, don’t listen to anyone. Everyone has their own opinion and they’re entitled to that. But just be you because there is only one of you.”