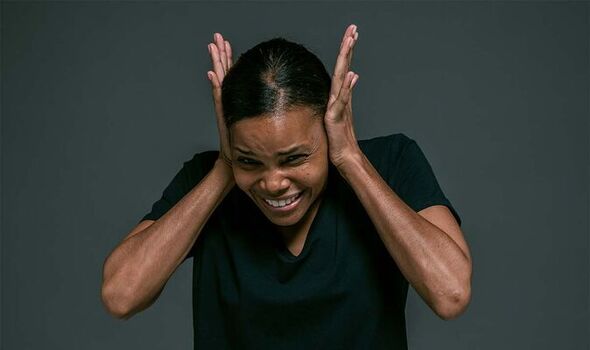 The mum reportedly had been walking past a group of noisy children on her way back from dropping her own child off at school, when she made the common gesture. At the time, she said she wasn’t feeling “100 per cent” after getting over a recent cold, and still had a “slight headache”. So, as she passed the shrieking and screaming group, she tried to cover her ears.

According to the Mirror, in an effort to not seem obvious, she covered her ears in the “most unnoticeable way” and even kept her elbows tucked in.

However, she still managed to draw the ire of who she assumed was a mum of one of the boys who confronted her in the middle of the street and told her off.

She was told off for being “really rude” for covering her ears and admonished there and then for the simple behaviour. Yet, her accuser “stormed off” before she could explain or defend herself.

Taking to the internet to vent, the mum asked Mumsnet if she had been in the wrong or not. She titled her post “AIBU [Am I Being Unreasonable] to think I was not rude?” and wrote: “School run this morning, I was walking back home after dropping DC [dear children] at school.

“I am recovering from a cold and still not 100%, with a slight headache. I was walking past a group of boys who gave particularly loud screams and shrieks, so I held my ears because loud noises make my headache worse.

“I did try to hold my ears in a most unnoticeable way, lowering my head and just gently holding my fingertips at my ears, while holding my elbows to my body so they don’t stick out! In other words, I wasn’t trying to show off how annoyed I am, just rather minding my own business and trying to get past this group of boys quickly.

“A woman then approached me (presumably one of the mums?) and said to me: ‘Your behaviour is really rude, they’re just children you know!’, and then stormed off before I could manage a reply.

“Obviously I wasn’t going to shout anything after her but it did leave me annoyed being told off for nothing.

“I actually think it is her who was being rude, not me. What do you think?”

Fellow Mumsnet users were keen to share their thoughts on the situation, with some siding with the mum and others with the woman who told her off.

One said: “I think that would appear rude to most people. But as you don’t even know who the woman was I wouldn’t worry about it”.

Another suggested: “I think you weren’t as discreet as you thought you were.” To which, the mum replied: “I might not have been, but since when holding your ears at a noise warrants a telling off by a random member of the public??”

A third said: “You were not being rude. Just ignore her.”

Another Mumsnet user commented: “I think the woman who spoke to you was rude. Adults don’t get to police other random adults’ behaviour unless it’s harmful (which holding ears isn’t)”.

A fifth said: “You weren’t rude at all. If I saw you do this I’d assume you had a headache or maybe sensory issues and didn’t like loud noises. If I was the mother of one of the boys I’d apologise for the noise.”

At the time of writing, 80% of Mumsnet users voted the mum was not being rude or unreasonable by covering her ears.