Low-carb eating is not always cheap.

“We probably spend about 60 bucks a month on nuts alone,”kinesiologist andcancer researcher David Harper, who’s been on a high-fatketogenic diet for six years along with his wife Dale Drewery, recently told Business Insider.

But Harper believes that buying pricey, keto-diet-friendly staples, such as local grass-fed butter (Harper pays $20 Canadian per pound) and ribeye steaks, will pay off for years to come.

“You can pay maybe anotherbuck and a half a day to eat healthier food, but if you don’t do that, the cost in terms of health care is going to be enormous down the road,” he said.

Harper and Drewery recently published ahow-to keto guide called “BioDiet.” In it, the couple describes the food they eat on their high-fat diet, and not all ingredients are expensive. They like chicken, eggs, and pork, for example, which are not as pricey per pound as nuts, butters, and seeds.

“We eat organ meats and that sort of thing, like liver, and those are just really cheap,” Harper said.

He and his wife gave us a rundown of what’s on the shelves in their kitchen, and the list shows that the keto diet, when done well, is not a high-protein, bacon-and-cheese-fueled eating plan.

Not all keto diets are created equal

Keto diets involve a lot of butter, oil, and other fats: Dieters get more than two thirds (70-80%) of their daily calories from fat, while generally getting no more than 5% from carbs. The goal is to enter a metabolic state called ketosis, in which the body breaks down fat for fuel instead of using carbohydrates. It’s the same state that’s triggered when people starve. 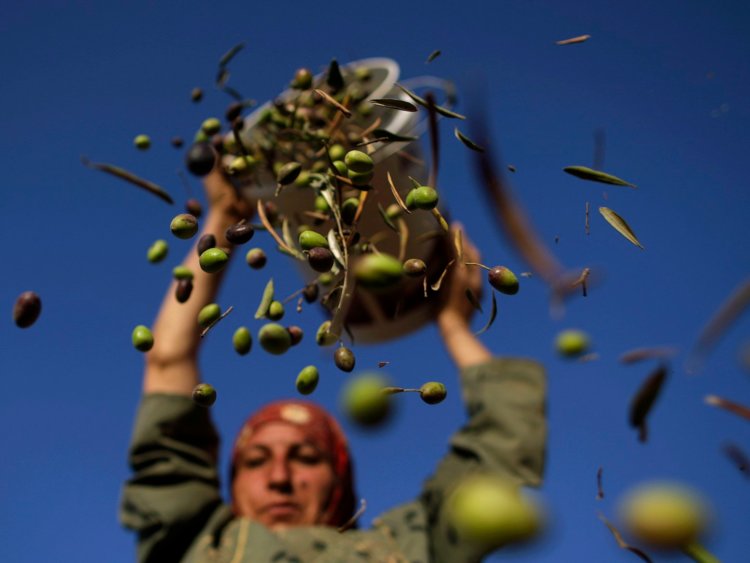 Olives being poured from a bucket on the West Bank, near the Mediterranean Sea.AP Photo/Muhammed Muheisen

Sugar and other carbohydrates are essentially banned at Harper’s Vancouver home. That aligns with guidance that most nutritionists agree with, whether they endorse keto diets or not: Too much sugar isnot good for our bodies, our brains, or our long-term health.

The keto diet has been shown to be helpful for treating epileptic seizures, fueling weight loss, and combatting Type-2 diabetes. The regimen has also gained something of acult following in Silicon Valley and among some elite Hollywoodstars like Kim Kardashian and Halle Berry.

But some keto dieters tend to rely too much on protein-packed foods like red meat and cream, while not getting enough essential nutrients from plants. That could up one’s odds of developinghealth problems like gout and putextra stress on the kidneys.

To avoid those risks, Harper said he and Drewery make sure to eat plenty of veggies and nuts.

“We have a little bit of animal protein every day of some sort or another, but not a lot,” he said. “A steak or something we would probably share, because we’re trying to get most of our calories from fat.”

A list of healthy, keto-friendly foods Harper and Drewery keep at home 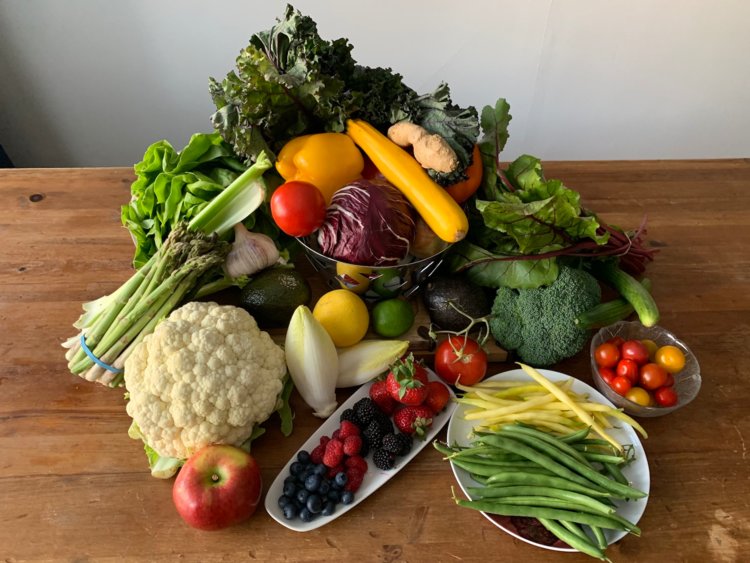 Harper and Drewery don’t skimp on fresh produce, even though it contains some carbs.David Harper/BioDiet

Here’s what’s in their keto kitchen:

“Anything that grows above the ground that’s not a grain, or a fruit, or a bean, other than green beans,” as Harper describes it. “Whether you’re eating a pepper or a bit of summer squash or zucchini, you’re going to get a little bit of carbs. But that amount is negligible in terms of staying in ketosis, so I don’t worry about it.”

These are liquid at room temperature andhigh in monounsaturated fat. Olive oil and macadamia oil are Harper’s go-tos.

“I eat full-fat cream in everything,” Harper said. Regular milk isn’t a great option for people on the keto diet because almost all of the carbohydrates in milk come from lactose, which is a sugar. There’s barely any lactose in cream.

Harper sometimes cooks a quick breakfast egg “muffin”: He mixes cheese, ham, and almond flour or coconut flour in with eggs, then sticks the concoction in the oven in muffin tins.

A stash of nuts

Pecans, macadamia nuts, Brazil nuts, hazelnuts, and walnuts are all staples at the Harper-Drewery household, as is almond butter.

Berries and very small doses of other fruit

Many fruits aren’t keto-friendly because they contain a lot of fructose (fruit sugar). But berries are fine on the plan, so Harper and Drewery often buy raspberries, blackberries, strawberries, and blueberries. They’ll occasionally indulge in a few apple slices, but probably wouldn’t eat the whole thing in one sitting.

Harper said he also likes to buy kefir and cheeses like goat, Brie, blue, and cheddar.

Harper opts for marbled, fatty cuts of steak, and he eats chicken with the skin on. He said fatty fish like salmon and halibut are also favorites in his house, along with canned tuna, sardines, and shellfish.

Of course, many of the things on the list above make forhealthy, unprocessed additions to any diet, whether it’s low-carb or not.

But since the keto diet is so restrictive, Drewery said that keeping the freezer stocked with berries, eating most meals at home, and enjoying leftovers often makes it easier not to think too much about what she eats each day.

Keto isn’t for everyone

Many doctors and nutritionists caution thatketo diets come with risks. Anyone considering going keto should talk to their doctor, since some people have medical conditions, take drugs, or have other circumstances (like a baby in the womb) that could make the diet unsafe for them.

Plus, not all carbs are necessarily bad for our health. Instead, a wealth of studies has shown that people who adhere to Mediterranean diets, which feature fatty oils, fish, and nuts (like keto), but also include lots of fruit and whole grains, tend to livesome of the longest, healthiest lives.

What’s more, the keto diet may not be much more effective for weight management than other healthy, more well-rounded eating plans. In fact, aroundup of studies published earlier this week suggests that keto diets are “associated with less than a kilogram of additional weight loss over high-carbohydrate, low-fat strategies” when they’re used long-term.

To date, there hasn’t been enough rigorous study of healthy people following the keto diet to know whether the high-fat plan is completely safe long-term.