Britain’s latest heatwave was made 10 times more likely because of human-caused climate change, according to a scientific study released last week. Study co-author Friederike Otto, of Imperial College London, who leads the World Weather Attribution group, said: “In Europe and other parts of the world, we are seeing more and more record-breaking heat waves causing extreme temperatures that have become hotter faster than in most climate models.

“It’s a worrying finding that suggests that if carbon emissions are not rapidly cut, the consequences of climate change on extreme heat in Europe, which already is extremely deadly, could be even worse than we previously thought.”

Jim Dale, senior meteorologist at British Weather Services, said: “Data has been one-way traffic for the last decade and more.

“The global records have all been in the last decade in terms of the heat and the CO2 levels. 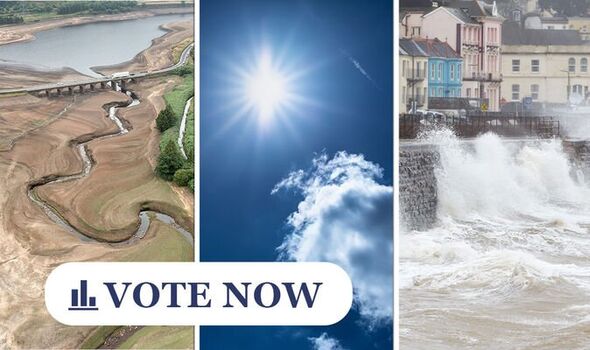 He added: “It’s not just about heat. It’s about other aspects as well that we’ll see into the future – storms, floods – these aspects that climate change brings.”

The planet has reportedly warmed by 1.1C (33.98F) since the industrial revolution 200 years ago.

The Intergovernmental Panel on Climate Change says this is caused by greenhouse gas emissions from human activity.

The global temperature is expected to reach or exceed 1.5C (34.7F) of warming in the next 20 years. 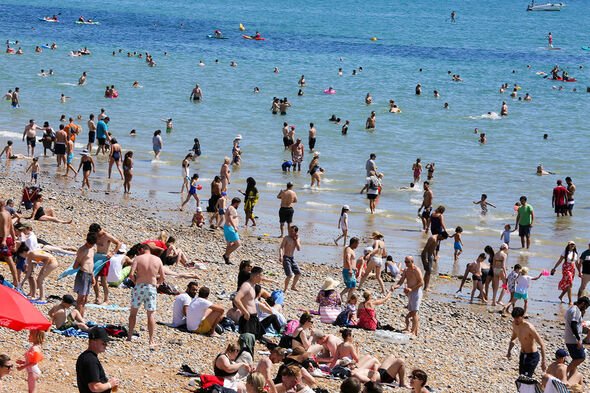 Mike Kendon, from the Met Office National Climate Information Centre, said: “Although 1C (33.8F) of warming might not sound like much, it has led to maximum temperatures like the 32.2C (89.96F) we saw in 2021 becoming routine rather than the exception.

“This is particularly stark when considering the record-breaking heat the UK experienced just last week.”

The State of the Climate report, published last week, states that higher temperatures are the new normal for Britain.

This is causing seasonal changes to be altered with early-leaf plants coming out earlier and unusually cold temperatures in April delaying blooming plants, according to the Met Office.

Professor Tim Sparks of the Woodland Trust explained that warmer than average temperatures in September and October delayed autumn. 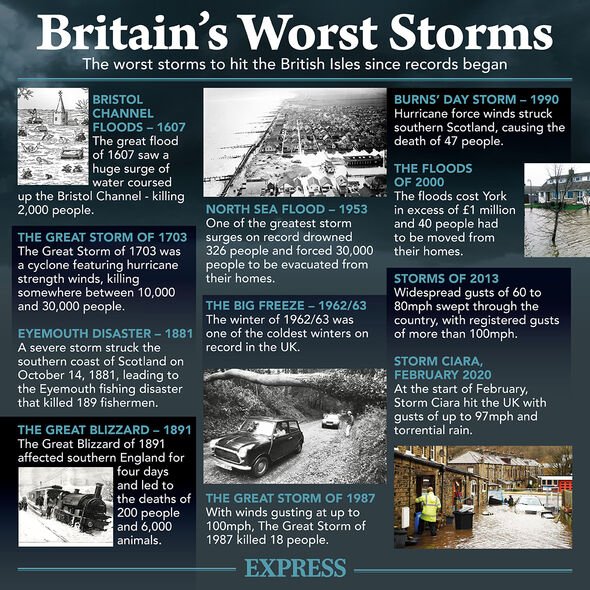 Sea levels have risen by around 16.5cm since 1990 and the Met Office says this rate is increasing with levels rising by 3-5.2mm a year.

This means more of the coast is exposed to storm surges and winds and puts around 500,000 homes at risk from flooding.

Nigel Arnell, a professor of climate system science, said Britain needs to prepare for more hot weather in the future.

He said that buildings need to be retrofitted to cope and more greenery should be planted in cities to adapt.

He said: “We can’t keep on dealing with extremes in crisis mode.”

So how about YOU? Are you concerned about climate change in Britain? Vote in our poll and leave your thoughts in the comment section below.