The delivery of the weapons is part of the multi-billion-dollar pledge made by the US to provide Ukraine with much-needed defensive weapons to thwart Russian advances. The National Advanced Surface-to-Air Missile System (NASAMS) missile was designed to counter the threat of Russian long-range missiles, increasingly seen being used by Moscow as more desperate measures see Vladimir Putin forced to turn to long-range strikes.

The news marks the start of a contract process worth millions, which includes four counter-artillery radars, and 150,000 rounds of 155mm ammunition as part of the Ukraine Security Assistance Initiative.

The NASAMS is a joint US-Norwegian project between Kongsberg Defence and Aerospace and Raytheon Technologies.

Ukraine previously relied heavily on the Russian-made S-300 air defence system which had been donated to Kyiv by neighbours in a logistical operation aided by US intervention.

Speaking of the delivery, Ukrainian Defence Minister Oleksii Reznikov took to Twitter saying: “Thank you President of the United States and my colleague the Secretary of Defence for another significant step in support of Ukraine and the decision to supply NASAMS for the Ukraine army.

“This increases our capabilities to protect our land and sky.

“Ukraine’s victory in the war against the terrorist state will ensure global security for years to come.” 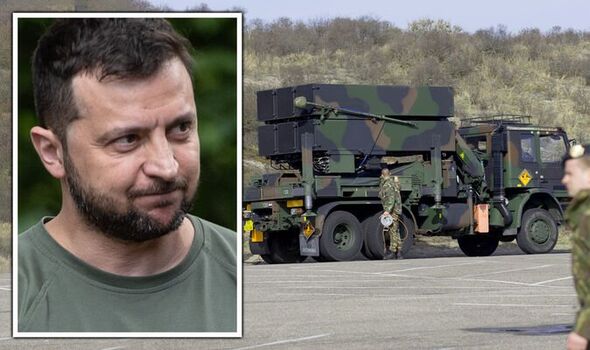 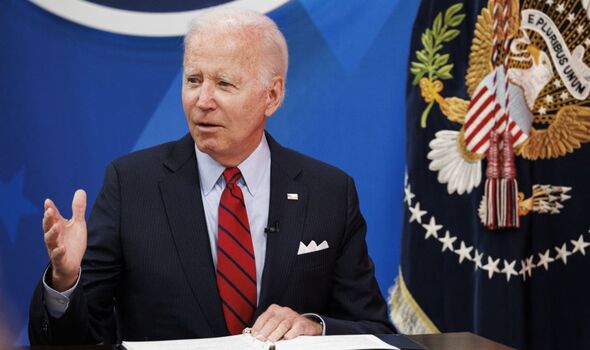 Speaking of the delivery of the NASAMS, a senior US defence official said: “This system, co-produced by Norway and the US, is a NATO system, so for us, it’s important to start to help the Ukrainians transition their air defence systems from what is a now a Soviet-type system, to introduce some of this modern technology.”

Ukrainian forces will now require training to operate the equipment according to the same source.

Similar equipment is currently being used across the world, most notably seeing the NASAMS protecting the skies above the White House in Washington DC. 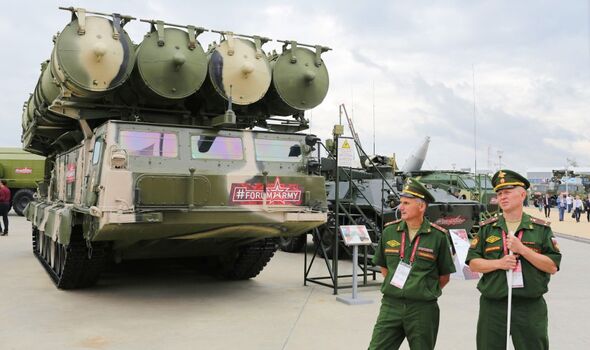 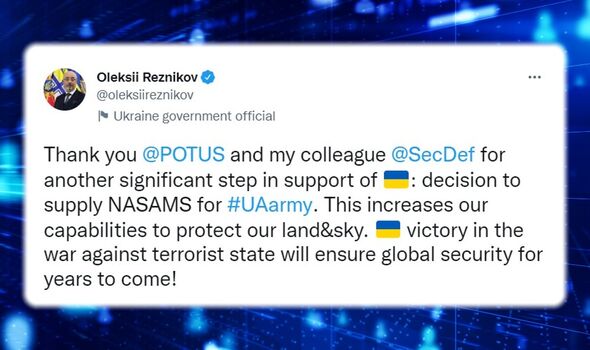 Ukrainian forces have used the systems successfully against Russian command posts and other targets.

The US defence official continued: “What you see is the Ukrainians are actually systematically selecting targets and accurately hitting them, thus providing this precise method of degrading Russian capabilities.”

Reports suggest Russian forces are on the back foot as threats of an escalation by Moscow are waived off.

Ukrainian defence reporter with The Kyiv Independent Illia Ponomarenko said on Twitter: “Regarding the ‘escalation’ some Putin fans are trying to scare people with.

“The reality is that Russia is already reaching the very limits of its military might and is throwing almost everything it can against Ukraine.”

DON’T MISS:
Rolls-Royce vows to remain British in spite of foreign investment [EXCLUSIVE]
Poland beefs up defence in face of Russia [REPORT]
NATO cracks exposed: Call for members to be KICKED OUT [REVEAL] 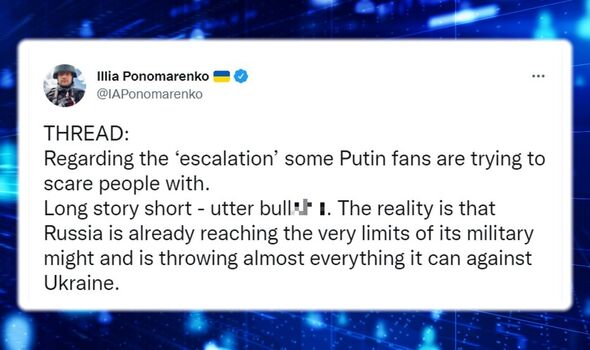 Last week, Russia suffered an embarrassing setback following the retreat from the strategic Snake Island in the Black Sea, something Russia said was an act of goodwill.

However, this has been disputed by the same US official, who credited the retreat of Russian forces from Snake Island this week not to Russia’s goodwill, as Moscow claimed, but to Ukrainian forces armed by American Harpoon missiles.

The US official confirmed Ukraine had used Harpoon missiles to take out a Russian supply ship on the Black Sea that was headed to Snake Island.

The US has provided more than £7.26billion in weapons and other military training to Ukraine, £5.7billion of it since Russia invaded Ukraine in February.