Researchers say drug companies need to be more open about how vaccine trials are run to reassure Americans who are skittish about getting a coronavirus vaccine. 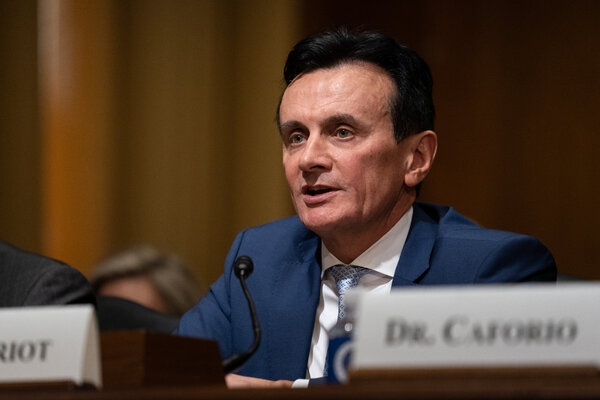 The morning after the world learned that a closely watched clinical trial of a coronavirus vaccine had been halted last week over safety concerns, the company’s chief executive disclosed that a person given the vaccine had experienced serious neurological symptoms.

But the remarks weren’t public. Instead, the chief executive, Pascal Soriot of AstraZeneca, spoke at a closed meeting organized by J.P. Morgan, the investment bank.

AstraZeneca said on Saturday that an outside panel had cleared its trial in Britain to begin again, but the company still has not given any details about the patient’s medical condition, nor has it released a transcript of Mr. Soriot’s remarks to investors, which were reported by the news outlet STAT and later confirmed by an analyst for J.P. Morgan.

Another front-runner in the vaccine race, Pfizer, made a similarly terse announcement on Saturday: The company is proposing to expand its clinical trial to include thousands more participants, but it gave few other details about its plan, including how it would determine the effectiveness of the vaccine in its larger study.

It’s standard for drug companies to withhold details of clinical trials until after they are completed, tenaciously guarding their intellectual property and competitive edge. But these are extraordinary times, and now there is a growing outcry among independent scientists and public health experts who are pushing the companies to be far more open with the public in the midst of a pandemic that has already killed more than 193,000 people in the United States.

These experts say American taxpayers are entitled to know more since the federal government has committed billions of dollars to vaccine research and to buying the vaccines once they’re approved. And greater transparency could also help bolster faltering public confidence in vaccines at a time when a growing number of Americans fear President Trump will pressure federal regulators to approve a vaccine before it is proved safe and effective.

“Trust is in short supply,” said Dr. Harlan Krumholz, a cardiologist and health care researcher at Yale University in New Haven, Conn., who has spent years prodding companies and academic researchers to share more trial data with outside scientists. “And the more that they can share, the better off we are.”

Last week, nine pharmaceutical companies, including AstraZeneca and Pfizer, pledged to “stand with science” and rigorously vet any vaccine for the coronavirus — an unusual pact among competitors. But the researchers said that missing from the joint statement was a promise to share more critical details about their research with the public and the scientific community.

None of the three companies with coronavirus vaccines in advanced clinical trials in the United States have made public the protocols and statistical analysis plans for those trials — the detailed road maps that could help the independent scientists better understand how the trials were designed, and hold the companies accountable if they were to deviate from their plans. In some cases, crucial details about how the trials have been set up — such as at what points an independent board can review early study results, or under what conditions a trial could be stopped early — have not been made public.

“We’ve never had such an important clinical trial — or series of clinical trials — in recent history,” said Dr. Eric Topol, a professor of molecular medicine at Scripps Research in La Jolla, Calif., and a longtime expert on clinical trials. “Everything should be transparent.”