An app built by a UN technology division to teach people about social distancing is ‘barely functional’ and could lead to false positives, according to researchers.

United Nations Technology Innovation Labs (UNTIL) iPhone and Android app uses bluetooth to measure the distance to other phones and devices.

It alerts people when they get too close to another person to ‘educate people about social distancing’ to slow the spread of coronavirus – but seems to pick up any bluetooth device not just phones.

This includes devices like smart speakers, televisions and even sensors that make use of the short range wireless technology – so it is generating false positives. 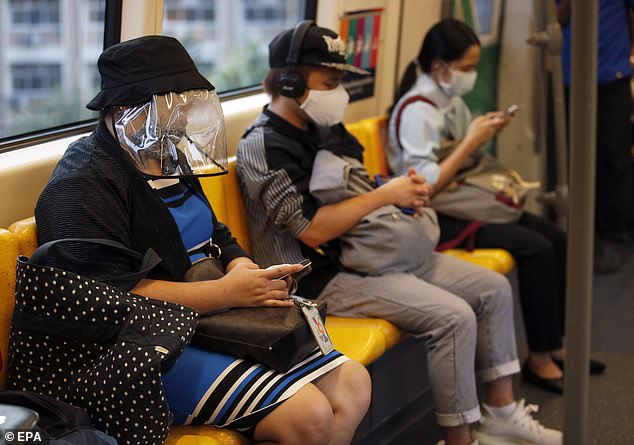 The UNTIL app is designed to alert users when another Bluetooth device comes within 1.5 metres (hence the name 1point5) – that’s about 5ft.

A number of countries are using bluetooth to help in tracking the virus – in this case it is just used to alert a user if they’re breaking social distancing guidelines.

Other apps, such as the one used in Singapore and one being suggested for the NHS make a note if someone is close to another user and this can be used by doctors in tracking the spread of the virus.

Maurizio Maria Gazzola, Head of the UNTIL Global Programme said ‘social distancing saves lives’ and the app is designed to help train people to say at a safe distance.

‘1point5 will measure distance to other phones and devices as long as the Bluetooth of those phones is turned on,’ Gazzola said.

It is supposed to detect if other users are nearby and then send an alert – ‘please keep your distance’ – but researchers at Motherboard say this isn’t happening.

According to Motherboard, who tested the app on two different Android devices – when they held them near other phones the app didn’t detect the bluetooth.

Users on the Android app store also found the same problem as Motherboard.

Christos Derventlis wrote a review saying: ‘I’ve had my iPhone 5s literally 15 cm away from the Android, both devices with Bluetooth on and nothing happened. It tracked my smartband, but the distance was wrong.’

Other users wrote ‘it’s not working’, ‘waste of time’ and to ‘not download the app’.

The ability to detect other bluetooth devices is a core functionality of the app – but isn’t the only thing that doesn’t appear to be working.

Research consultant Ashkan Soltani said all sorts of gadgets use Bluetooth and so just relying purely on the wireless technology will result in false positives.

“I get that an important part of pandemic response is to help individuals maintain awareness and vigilance in their social distancing efforts,’ Soltani told Motherboard.

‘I’m not sure having your phone alert you anytime you pass by another Bluetooth signal is going to help much beyond annoying people; especially those in densely populated apartment buildings or workplaces.’

While 1point5 is backed by the UN technology lab, it has been made available free and open source for others to build on it.

‘1point5, which is free for end users, will not collect any personally identifiable information and is not a medical app nor a COVID-19 app,’ UNTIL wrote.