The supposed UFOs were photographed “buzzing past” the Chinese Tiangong spacecraft during a docking sequence back in 2011. The UFO claims resurfaced this week after popular conspiracy theorist Scott C Waring shared his own analysis of the footage. Mr Waring, who runs the website UFO Sightings Daily, claimed the video shows “small UFOs” or alien drones monitoring the space station. The UFOs, in his estimate, only measure about 13 inches (33cm) across.

The UFO expert said: “Two UFOs shot past the Chinese module when it was docking at the Shenzhou space station.

“The Tiangong module is 3.35m wide. Using that measurement and comparing in the photo to the UFO, I come up with a UFO size of 0.33 meters or one foot across.

“That is a huge object to be near the module as it’s departing the space station.

“And the fact that there are two of them is absolutely amazing.

“The small UFOs were travelling in the same direction so they were probably together keeping watch over the Chinese and their activities in space.” 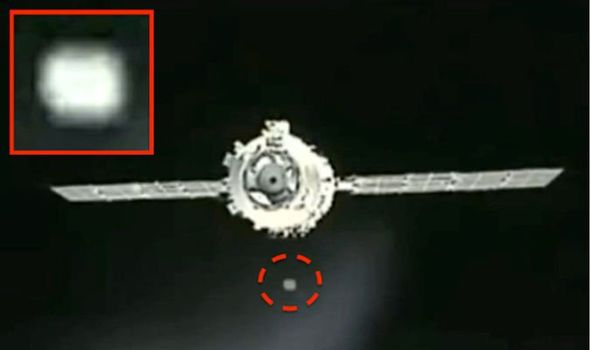 From a distance, the “UFOs” look like rectangular pieces of space debris or rubble.

The drifting objects appear white but Mr Waring argued they are transparent upon closer inspection.

He said: “They appear whitish far away but close up more transparent and opal colour when two metres away or closer.”

According to US space agency NASA, most objects floating around in space can be easily explained by natural phenomena.

NASA said in response to bizarre claims of UFOs outside the ISS: “No unidentified objects in the popular sense have been seen from the International Space Station.

The small UFOs were travelling in the same direction

“Reflections from station windows, the spacecraft structure itself or lights from Earth commonly appear as artefacts in photos and videos from the orbiting laboratory.”

He told the Huffington Post in 2016: “Astronauts have not seen any evidence of alien life. 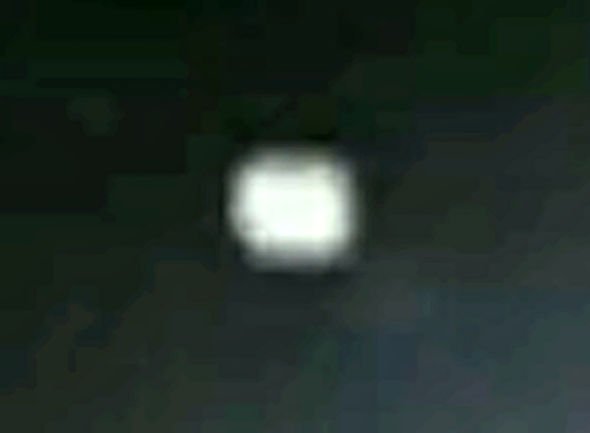 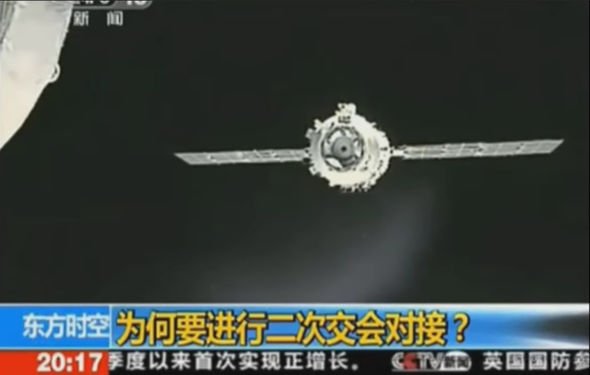 “Reports of unidentified flying objects in images returned from the shuttle or space station have turned out to be ice crystals, drifting orbital debris, lightning flashes, or meteors streaking through the dark atmosphere below.

“So far, our search for extraterrestrial life ― and other civilisations in space ― has turned up no proof of alien civilisations.”

However, regardless of NASA’s assurances were are, as far as we can tell, alone in the solar system, conspiracists like Mr Waring continue to question the truth.

Mr Waring said: “If you remember, the shuttle Atlantis back in 2006 had a dozen similar UFOs surrounding it on world news.

“Back then NASA was so worried that they told the news and said the shuttle coming back to earth will be delayed for a while until the unknown objects are gone. A day later they left.”