The UFO was found with the aid of Google Maps’ street view function, which caught the anomaly over the waters of the Pacific Ocean.

Mr Waring shared the bizarre discovery on his blog ET Data Base and his YouTube channel.

He said: “This just came into my email today. 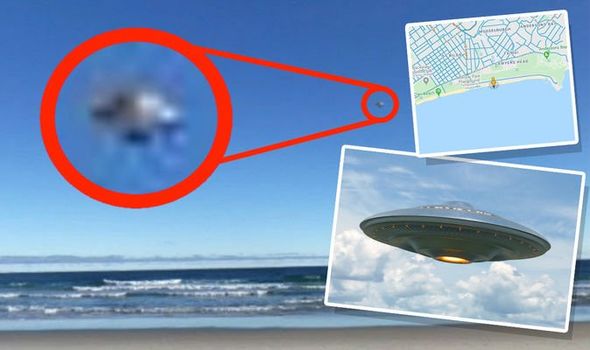 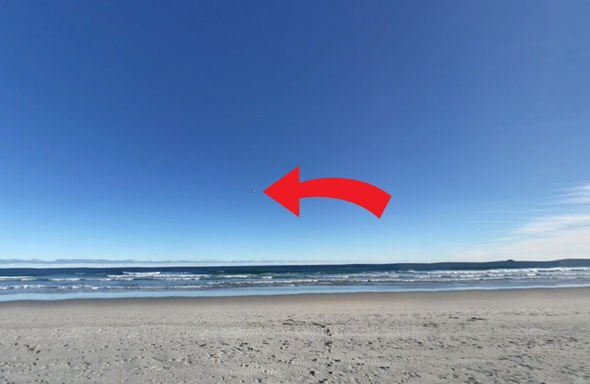 “The UFO looks like a fat disc, thicker in the upper and lower middle.

“The object is metallic in colour and has no wings and nothing to indicate that it might be a balloon, drone, plane or anything.

“The object is in extraordinary focus and the air around it seems to be warped as if its propulsion system is altering the air temperature or static.”

The discovery was also met with praise on YouTube where one of Mr Waring’s fans said it is “phenomenal”.

The UFO looks like a fat disc, thicker in the upper and lower middle

Another person said: “Maybe its propulsion comes from the top goes out the bottom.”

A third person said: “I wonder how people are going to deny this one it’s glitch in the camera.”

And this is not the first time Mr Waring claims to have discovered a UFO on Google Maps.

He has previously shared images of what he believed is a “fleet of UFOs”. 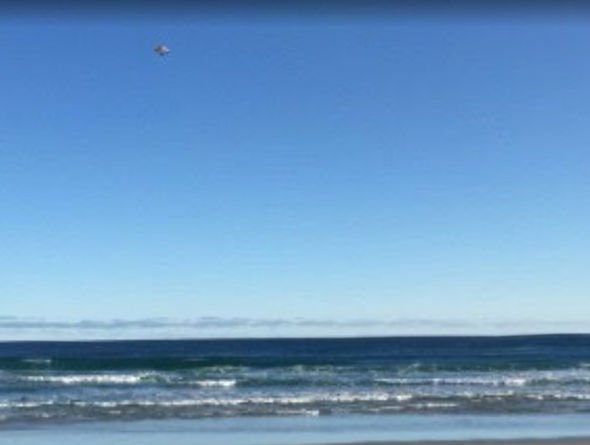 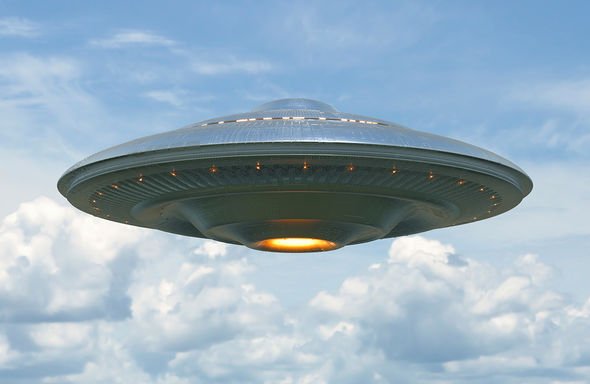 Another time he said he found an entire ancient city and pyramid underwater, near the coast of Cuba.

Most experts, however, can explain these UFO sightings through an effect known as pareidolia.

Pareidolia is a trick of the mind that occurs when people see recognisable shapes and patterns where they do not exist.

For example, pareidolia kicks in every time you see animal-shaped clouds or smiling faces in car bumpers.

Astronomer Larry Sessions wrote in an article for EarthSky.org: “Maybe you’ve seen the proverbial bunny in a patch of clouds, or a clown’s face in a mud splatter on the side of your car?

“It’s a form of apophenia, which is a more general term for the human tendency to seek patterns in random information.

“Everyone experiences it from time to time.”