Self-titled UFO expert Scott C Waring believes extraterrestrials are monitoring the planet and could be interested in the coronavirus pandemic. Mr Waring has previously claimed aliens were seen over Madrid, Spain, which is one the countries worst-hit by the virus. The conspiracy theorist has now said aliens could be working with the Pope and the Vatican on a coronavirus cure.

In a post on his blog ET Database, Mr Waring analysed video footage from the Spanish news channel TeleCinco, recorded in Rome, Italy.

In the video, a blue disc appears to cross the sky behind news presenter Darío Menor.

The unidentified flying object (UFO) flies in from the left and quickly crossed the screen.

Although the UFO was dismissed by TeleCinco as a seagull, Mr Waring said it could be the real deal. 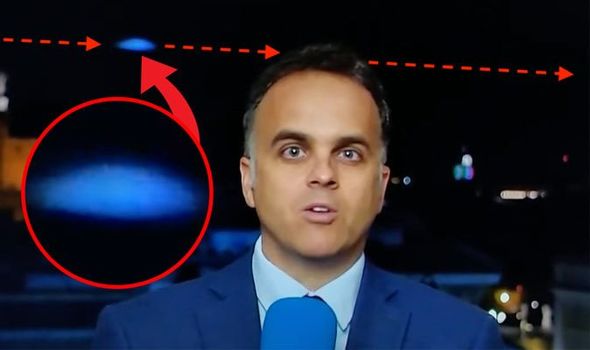 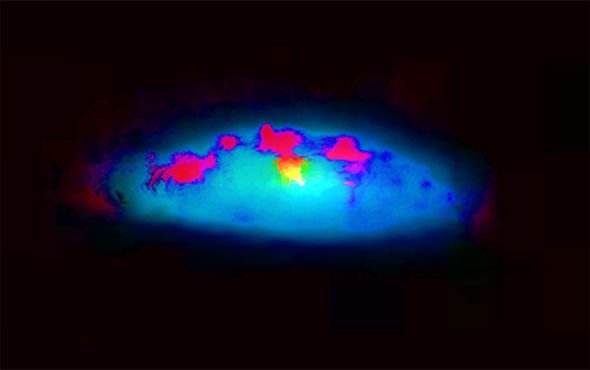 He said: “I took a screenshot and enlarged it. When I added contrast and shadow to it…it had other lights within it of different colours.

“What this tells me is that it was not a searchlight. Because a searchlight would have the same colour throughout, but it’s not.

“Also a searchlight would appear circular, this, however, appears like a disk seen from the side.”

Mr Waring said the UFO appeared close enough to the camera to give viewers a good look at its shape, speed and direction.

He dubbed the sighting “absolute proof” aliens are interested in Rome during the pandemic.

I wonder… was the UFO coming from Vatican City?

The UFO hunter said: “I wonder…was the UFO coming from Vatican City?

“It is its own country and the Pope has American astronomers working in astrobiology – search for intelligent life.

“The Pope may have called for a meeting with the aliens about ending this virus once and for all.

“Vatican City is its own country and as such… would have the authority to meet with aliens… thus aliens would be more likely to meet with them too.” 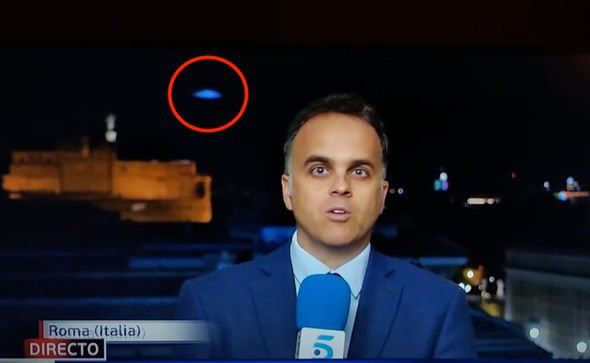 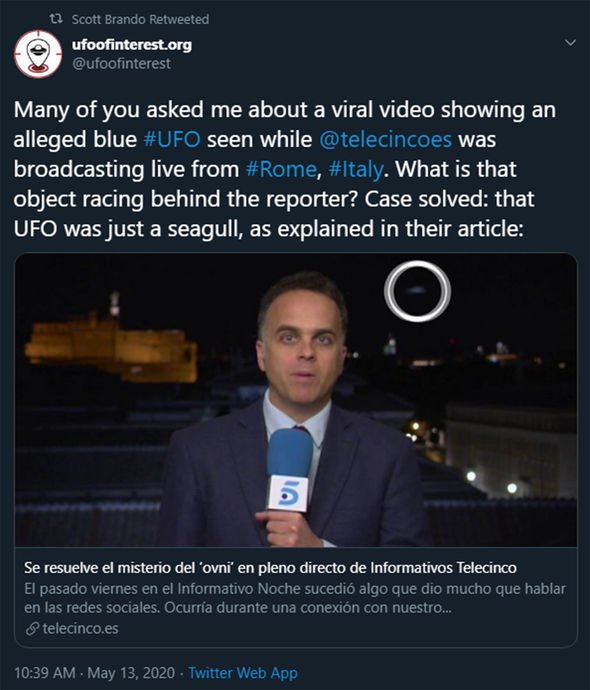 However, the video was also analysed by Scott Brando, the UFO hoax expert behind ufointerest.org.

He tweeted on May 13: “Many of you asked me about a viral video showing an alleged blue #UFO while @telecincoes was broadcasting live from #Rome, #Italy.

“What is that object racing behind the reporter?

“Case solved: that UFO was just a seagull, as explained in their article.”

But if the UFO was just a bird, why would someone mistake it for an alien spacecraft?

The answer could lie in a trick of the mind known as pareidolia.

“It’s a form of apophenia, which is a more general term for the human tendency to seek patterns in random information.”

“Everyone experiences it from time to time. Seeing the famous man in the Moon is a classic example from astronomy.

“The ability to experience pareidolia is more developed in some people and less in others.”