Incredible footage of a “dark thick disk” emerging from a cloud just prior to a lightning strike has sparked a social media frenzy. Viewers have suggested that the video of the mysterious UFO is “proof of aliens” after discounting explanations, including birds and meteors. Scott Waring, from UFO Sightings Daily, even claimed that the UFO spotted descending from the sky later crashed into a lake.

The video, which was intended to capture a thunderstorm, shows a dark object “appear out of nowhere”.

The witness of the UFO said: “At first I thought it was a bird, but it has a trail and is moving very quickly. Also seems large for the perceived distance.”

Scott Waring, who titled the video UFO Crashes Into Lake Erie, wrote about the sighting: “This video just came into MUFON today.

“A dark thick disk was recorded falling from a cloud making a thin vapor trail.” 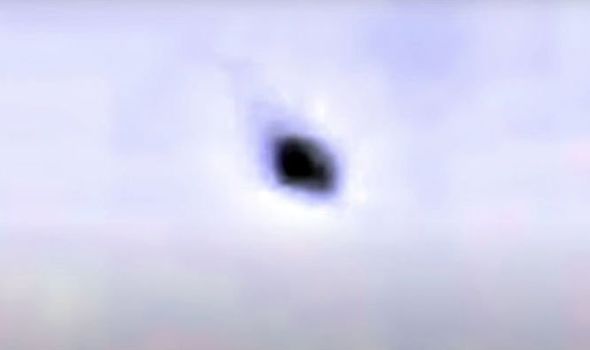 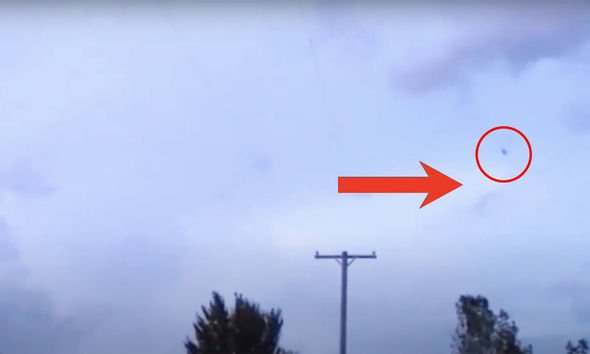 The UFO hunter added: “I made some close ups and slowed down the video 5x because this UFO was really in a hurry to get to the entrance of an underground base.

“I think this UFO was falling out over Lake Erie, then went to the lake floor where it found an entrance to an underground base.

“Remarkable footage and for it to be this big. I would say its the size of a city bus. 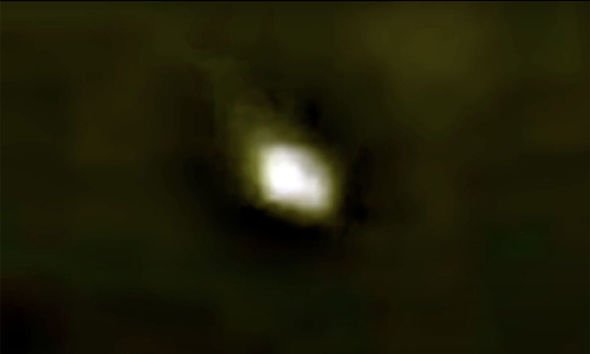 Viewers said that craft in the video looked like “something falling from the sky, not flying”.

There is, however, no evidence to support Waring’s claims of aliens or an underground base.

Skeptics disagreed with the alien interpretations, with one person saying: “I think it may be a meteor.” 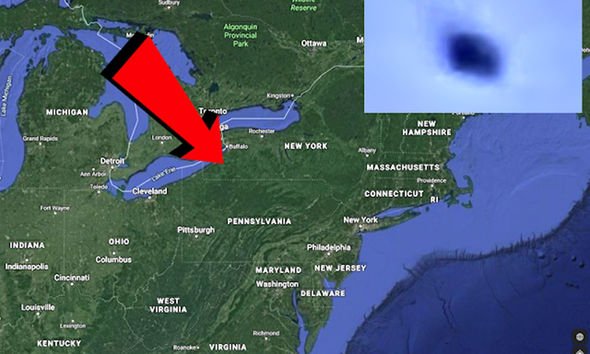 Another suggested: “It does look like a bug flying down and toward the camera. Its path is kind of an S-shape.”

However, others disagreed, noting: “Definitely not a bug. You can see a trail as it passes through the cloud.”

One person remarked that the objects appears to “change direction mid-motion”.

Others claimed: “Maybe the lightning hit whatever this is and that’s what caused it to go down?

“I see a lot of people saying it looks like a bug, but I really don’t think so. It looks like it’s distant.”