Pharaoh Akhenaten has been brought to life in what is the most accurate reconstruction to date – and the digital picture bears a striking resemblance to King Tut. Pharaoh Akhenaten is believed to be the father of King Tutankhamun and ruler of Egypt from 1353-1335 BC. His remains, known as KV55, were found in the Valley of Kings in 1907, just a few feet from King Tut’s grave.

Scientists from the Forensic Anthropology, Paleopathology, Bioarchaeology Research Center (FAPAB) led the digital reconstruction. They teamed up with Cicero Moraes, a 3D forensic artist from Brazil.

The experts used the skull of KV55 to piece together what Akhenaten would have looked like.

The digital reconstruction shows a man in his twenties with a long jaw and piercing eyes. His skull shape and pointy nose appear to strongly resemble King Tut. 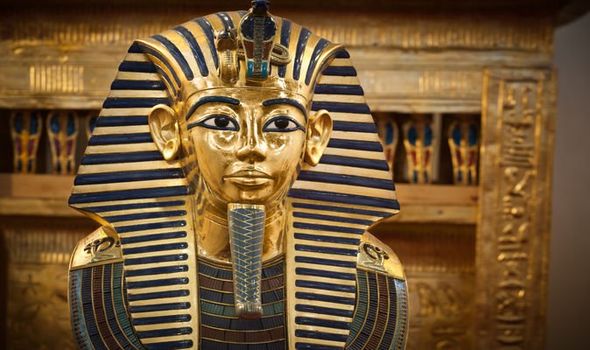 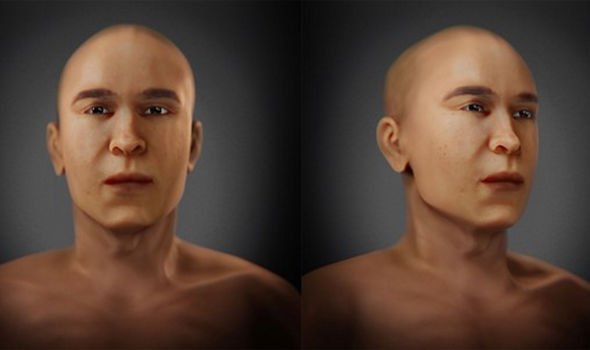 The reconstruction took months to complete and did not include hair, jewellery or other adornments to simply focus on the facial traits of KV55.

In a Facebook post, FAPAB wrote: “The work has focused on the reconstruction of the face of KV55, a now skeletonised mummy which over the years has been attributed by some to Pharaoh Akhenaton and considered the biological father of Pharaoh Tutankhamun.

“While several theories exist and conflicting arguments will always characterise the debate on KV55, using the available anthropological evidence we have chosen to focus on the facial traits of this individual.” 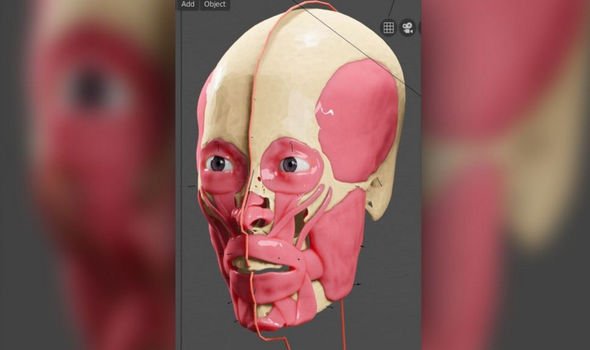 Francesco Galassi, director and co-founder of FAPAB, said the scientists used a reconstruction process called the Manchester method. He told LiveScience: “Facial muscles and ligaments are modelled on the skull model according to the rules of anatomy.

“The skin is placed on top of this, and the tissue thicknesses are average values that have been scientifically determined.”

Akhenaten married one of his sisters and they had Tutankhamun together. It is thought their incestuous relationship is the reason Tutankhamen was born with numerous health issues which led to his early death aged 19. 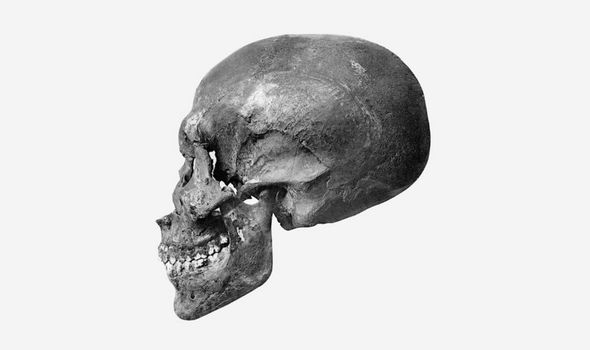 It is thought Akenaten was a controversial ruler. When he came to power, he abandoned Egypt’s tradition of worshipping many gods and favoured monotheism (worshipping one god).

The change was not widely accepted by the Egyptians and he was disliked. When  Akhenaten died, the people hid monuments of him and erased his name from the list of rulers.

When Tutankhamun took over the throne aged eight or nine, polytheism was re-established. He was originally named Tutankhaten but was convinced to change his name to distance himself from his father.