A new era is opening in spaceflight, a future where anyone — at least anyone with tens of millions of dollars — can buy a rocket ride to see Earth from a couple of hundred miles up.

Jared Isaacman, a 37-year-old billionaire, announced on Monday that he was essentially chartering a rocket and spacecraft from SpaceX, the company started by Elon Musk, for a three- or four-day trip to space.

Scheduled to launch in October, it is to be the first mission to orbit where none of the people aboard is a professional astronaut from NASA or another government space agency.

Mr. Isaacman’s announcement follows last week’s report of a private mission, also on a SpaceX vessel, to the International Space Station. Three customers are paying $55 million each for an eight-day stay, which would occur as soon as next January.

“We want to work towards a Jetsons-like world,” said Mr. Isaacman, founder and chief executive of Shift4 Payments, a company that sells credit-card-processing terminals and point-of-sale systems to restaurants and other businesses.

And one of the people going on the trip, named Inspiration4, could be you.

There are four seats in current SpaceX Crew Dragon capsules, and Mr. Isaacman is looking for fellow travelers who are not super wealthy.

He is giving two of the seats to St. Jude Children’s Research Hospital in Memphis, which treats children at no charge and develops cures for childhood cancers as well as other diseases.

One of those seats will go to a frontline health care worker at St. Jude. “Actually a former cancer survivor, who was treated at St. Jude and has come back and is an employee there today,” Mr. Isaacman said.

He and hospital officials did not name the St. Jude employee on Monday.

The other seat will be raffled off to someone at random, with the goal of raising at least $200 million for St. Jude. You do not need to donate to enter for a chance at the trip to space, but each dollar donated counts as 10 entries, up to 10,000 entries.

Mr. Isaacman declined to disclose how much he is paying for his private mission to space, but said, “It’s very safe to say that what we aim to raise in support of that cause is going to be far in excess of the cost of the mission.”

He said he had committed to personally donating $100 million. “If you’re going to accomplish all those great things out in space, all that progress, then you have an obligation to do some considerable good here on Earth, like making sure you conquer childhood cancer along the way,” he said. 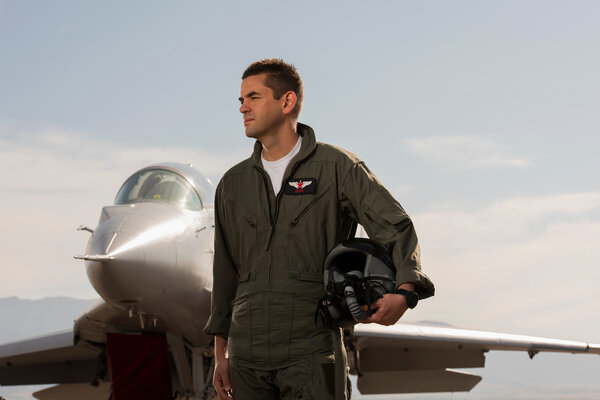 The fourth seat in the Crew Dragon will go to an entrepreneur in a “Shark Tank”-like contest run by Shift4.

The winners of the St. Jude sweepstakes and the Shift4 competition will be selected in about a month. The crew members will then be fitted for spacesuits and begin training.

This will not be the first time Mr. Isaacman has gone far and fast. He flies fighter jets for fun, and in 2012, he founded Draken International, which owns fighter jets and provides training for pilots in the United States military. He periodically told people at SpaceX that he was interested in going to space someday.

“I’ve been a SpaceX fanboy for a long time,” Mr. Isaacman said. “I’ve been a space enthusiast since I was in kindergarten.”

SpaceX developed the Crew Dragon for NASA to take astronauts to and from the International Space Station. The first crewed mission, with two NASA astronauts, Robert L. Behnken and Douglas G. Hurley, launched in May last year. The second carried four astronauts there in November, and a third crew is to make the trip in the spring.

After the successful first trip to orbit, Mr. Isaacman again asked his SpaceX contacts to keep him in mind. This time, “The response back was, ‘I think we’re ready to have that conversation,’” he said, “and things went very, very quick from there.”

Mr. Isaacman intends to be more than a passenger. He will learn how to operate the spacecraft and serve as its commander.

The Crew Dragon, on top of a Falcon 9 rocket, will launch from NASA’s Kennedy Space Center in Florida. It will circle Earth for several days before splashing down off the coast of Florida.

His trip will not be the only one to take private astronauts to orbit in the months ahead. A mission operated by Axiom Space of Houston will take three men to the International Space Station. Axiom is also building a commercial module to add to the space station and eventually aims to run commercial orbiting outposts of its own.

Private citizens have traveled to the space station, but those trips, between 2000 and 2009, were arranged by a space tourism company, Space Adventures, and operated by the Russian space agency, providing single seats in its Soyuz capsules next to professional astronauts. At the time, NASA officials disliked visits by wealthy tourists to the space station, but the agency began encouraging more commercial endeavors during the Trump administration.

In 2019, NASA announced new policies to encourage business at the space station, including charging $35,000 a night for visitors to stay there, to cover the cost of amenities like water, air, an internet connection and the toilet.

Axiom is the first company to take advantage of the NASA accommodations. Its first customers are Larry Connor, managing partner of the Connor Group, a firm in Dayton, Ohio that owns and operates luxury apartments; Mark Pathy, chief executive of Mavrik Corporation, a Canadian investment company; and Eytan Stibbe, an investor and former Israeli Air Force pilot. The three did not know one another previously.

“I think we shared the same vision, and that vision is about doing this correctly, about conducting worthwhile research and experiments, about measuring up to the highest standards set by NASA and the astronauts,” Mr. Connor said in an interview. “So I’m pretty confident that the team will function well together.”

Mr. Connor, who will be 71 when he launches next year, is to be the second-oldest person to ever fly to space, after John Glenn who flew on the space shuttle at age 77. He said that during his time in space, he was looking to conduct some research for the Mayo Clinic in Minnesota and the Cleveland Clinic in Ohio.

Mr. López-Alegría said Axiom originally planned to sell all four seats. “I think we began to understand fairly quickly that the demand was really to have somebody with experience be with them,” he said. “And I think that makes NASA a lot happier as well. So I happened to be the guy in the room who had been to space before.”

He expected that he would spend most of his time at the space station helping Mr. Connor, Mr. Pathy and Mr. Stibbe.

“It’s going to be, in some ways, more like a work supervisor than a cruise director,” Mr. López-Alegría said.

In an interview, Mr. Connor acknowledged that many people question the value of rich people paying millions for trips like this. “I get that people have questions,” he said. “People criticize, ‘Hey, with all the problems that are going on, why in the world are these guys spending all of this money to go into space?’”

But he replied that Kids & Community Partners, the charity arm of his company, was planning to spend $400 million over the next 10 years on programs to help children and to finance medical research. In all, he said he will eventually donate half of his net worth to charities. And about 30 percent of his wealth will go to what the company calls “key associates.”

“Only 20 percent is going to remain in my family,” Mr. Connor said. “So I guess I was just hoping that if people are going to criticize or vilify me for doing this, they’d at least have the context of what I believe.”

Space Adventures announced last year that it, too, had an agreement with SpaceX to launch a Crew Dragon to take tourists on a trip in orbit around Earth, but it has not provided more details about when that mission might take off. It has also resumed the selling of tourist trips to the space station on Russian Soyuz rockets. Two clients are scheduled to launch on a flight later this year.

Yusaku Maezawa, a Japanese fashion entrepreneur, has also signed up for a SpaceX tourist trip, but that would be an around-the-moon voyage several years from now, on a giant rocket called Starship that is still under development.

Those who cannot afford an orbital trip will soon have cheaper options, in the price range of hundreds of thousands of dollars, for short up-and-down jaunts to the edge of space and back, where they can experience a few minutes of weightlessness.

Virgin Galactic, which was founded by Richard Branson, has already completed several crewed flights of its space plane; its next test is scheduled for the middle of the month. Blue Origin, from Jeffrey P. Bezos of Amazon, has launched its suborbital New Shepard capsule without people and could conduct its first test flights with passengers this year.