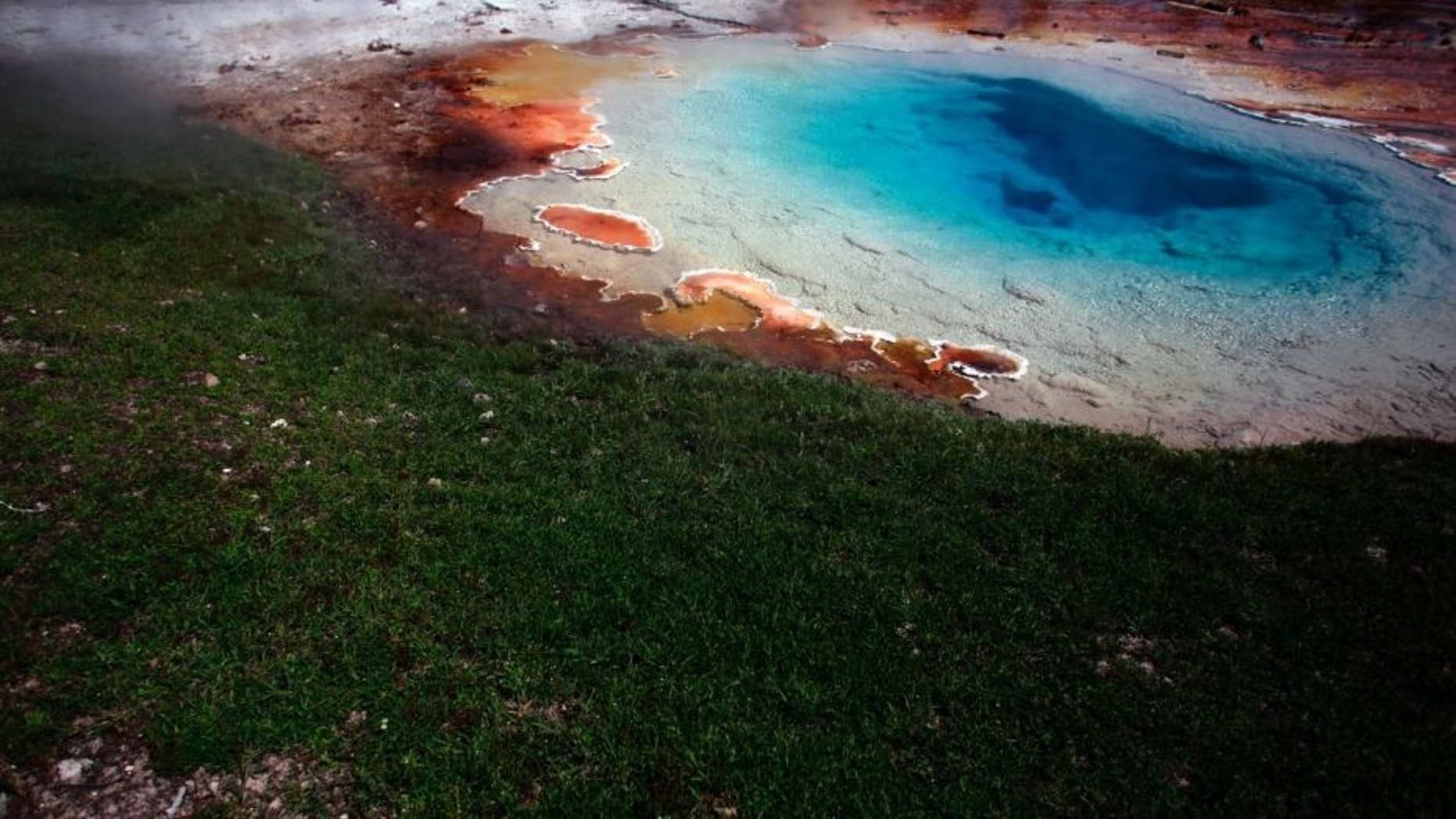 As wildfires so hot that images can be seen from space ravage Australia — creating toxic smoke that clogs the country’s major cities, killing over 25 people, burning 18 million acres and slaughtering up to a billion animals — many around the globe are wondering what catastrophe is next?

Due to climate change, human activity and other factors, “natural” disasters are becoming more common. But some could be worse than others …

The eruption of the Yellowstone supervolcano

Yellowstone National Park quietly sits on top of a supervolcano that is 44 miles wide. Even scarier, it’s still active and could blow at any time. Its last big eruption was 630,000 years ago, but as “End Times” author Bryan Walsh wrote in an op-ed in The New York Times, an eruption of this supervolcano “would be like nothing humanity has ever seen“ and be an “ultra-catastrophe” that “could lead to global devastation, even human extinction. … There will probably never be a year in which no one dies in an aviation accident, but there will definitely never be a year in which 10% of the global population dies in a single plane crash. Yet that could happen with a supervolcano.” Walsh wrote. As it’s located in America, we’d be the first to go.

The Lake Toba supervolcano, on the Indonesian island of Sumatra

The land of volcanos, Indonesia is no stranger to eruption — with Mount Merapi last exploding in 2018. But there’s a bigger threat to the countries of Southeast Asia: The Lake Toba Supervolcano — the “forgotten volcano.” Lake Toba is a volcanic lake that sits on top of a huge caldera (a volcanic crater) — which is still considered to be in a stage of “resurgence.” An eruption 75,000 years ago caused a “bottleneck” effect in human development — in which the world’s population dramatically shrank — according to scientists. Conspiracy theorists say this could happen again. To add salt to the wound, as it lies in an island country, any major eruption would also likely cause a mega-tsunami.

On the south slope of Hawaii’s Big Island lies the infamous Hilina Slump — where every now and then there is a landslide that creates horrid tsunamis. According to The Independent, “there is evidence that a similar collapse at nearby Mauna Loa around 120,000 years ago generated a tsunami with a run-up height of over 400 meters. Even as recently as 1975, movement of the Hilina Slump generated a smaller, yet destructive tsunami that reached California.”

Hurricanes Irene, Katrina, Wilma and Sandy did a number on the East and Gulf Coasts of America, causing billions of dollars in damages and claiming countless lives. To make matters worse, due to climate change, the frequency of these monster storms is expected to increase. Once a phenomenon that happened only every so often, they now occur almost every year — with worsening consequences. As coastal cities grow, the devastation is expected to increase and Science Focus cites them as one the “next big natural disasters.”

The Big One in California, Oregon and Washington

The San Andreas Fault has caused havoc and devastation in the past — and it’s predicted to do so again. The United States Geological Survey has increased the probability of the likelihood of a magnitude 8.0 or larger earthquake hitting California within the next few decades — and let’s not forget the volatile Cascadia Subduction Zone that covers most of Oregon and Washington state. Due to massive population increases in these states over the last decade — and a love of highrises in their major cities — when the Big One hits, it’s going to be bad. Real bad.

Another West Coast earthquake disaster waiting to happen is in Chile, on the west coast of South America. According to volcanologist website Temblor, “it is clear to many of us that the Coquimbo region [in central Chile] has an unusual, increasing seismicity that may be preparing the area for a very large earthquake near the end of the present century.” As with the North American quake, scientists also predict the Megathrust would be accompanied by a devastating tsunami.

As arctic glaciers melt at alarming speeds, scientists have predicted that “some 150 million people are now living on land that will be below the high-tide line by midcentury,” according to The New York Times. Major population areas affected by this direct result of climate change are the East and West Coasts of America, China, Thailand and almost the entire country of Vietnam. The Maldives, an island nation in the Arabian Sea, are also under serious threat as the country comprised of low lying islands is predicted to disappear entirely by 2045.

An unstable volcano in the Canary Islands, located off the northwestern coast of Africa, is directly threatening most of the Caribbean. According to the BBC: “Dr. Simon Day, of the Benfield Greig Hazard Research Centre at University College London, UK, believes one flank of the Cumbre Vieja volcano on the island of La Palma, in the Canaries archipelago, is unstable and could plunge into the ocean.” This is expected to cause a mega tsunami which would wipe out the many island nations.

In 2012, Earth narrowly missed being hit by a massive solar storm — the most powerful in over 150 years. The last major incident was in 1859, which created “intense geomagnetic storms (and causing) global telegraph lines to spark, setting fire to some telegraph offices and thus disabling the ‘Victorian Internet,'” according to NASA. Daniel Baker, of the University of Colorado, told the organization’s website, “In my view, the July 2012 storm was in all respects at least as strong as the 1859 event. The only difference is, it missed. … If it had hit, we would still be picking up the pieces.” A similar storm would be “catastrophic” — wiping out the internet and almost all communications — and cause trillions in damages.

However the dinosaurs died — they’re gone — and many scientists attribute this extinction to an asteroid striking the earth. If one were to hit us today, it would have similarly devastating effects. According to How Stuff Works, “In 2028, the asteroid 1997XF11 will come extremely close to Earth but will miss the planet. If something were to change and it did hit Earth, what you would have is a mile-wide asteroid striking the planet’s surface at about 30,000 mph. An asteroid that big traveling at that speed has the energy roughly equal to a 1 million megaton bomb. It’s very likely that an asteroid like this would wipe out most of the life on the planet.”

It used to be communicable diseases were contained by natural borders of rivers, oceans and mountains. But in the modern age, airplanes have caused these natural borders to become moot. Due to porous borders and airports, the Ebola epidemic of 2014 wiped out as many as 12,000 people and spread to several continents within months. This week, the Coronavirus that originated in China spread to Japan and Thailand. While the world is getting better at containing these outbreaks, it’s only a matter of time before one breaks through and causes global devastation.

This story originally appeared in the New York Post.