SpaceX has received FCC approval for a plan to launch thousands of broadband satellites into orbit around Earth.

The company already gained approval to launch the constellation in November 2018 but it has since tweaked its plans.

However, they learned from test satellites that the lower orbit allows coverage with fewer satellites, reducing the amount of space debris.

The modified initiative would fly more than 1,500 of the satellites at a lower orbit of around 342 miles (550km). 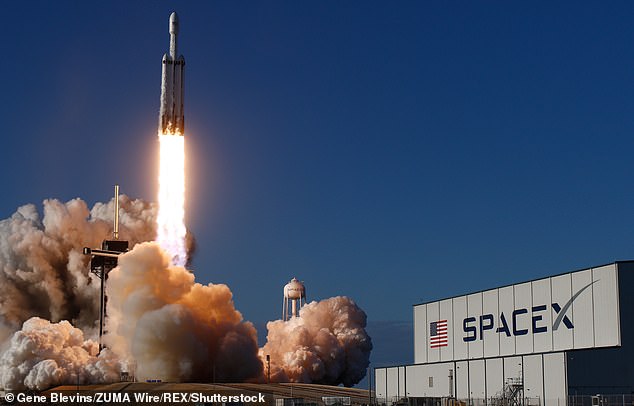 SpaceX argued that it would be easier to get rid of satellites at this new altitude when they can no longer function properly in orbit.

A request was sent to the FCC to partially revise the plans in November.

This is a major regulatory hurdle the company needed to clear in order to launch its first operational satellites as early as next month.

‘This approval underscores the FCC’s confidence in SpaceX’s plans to deploy its next-generation satellite constellation and connect people around the world with reliable and affordable broadband service,’ Gwynne Shotwell, SpaceX’s president.

But not everyone is positive about the ruling; OneWeb and Kepler Communications objected to the new plans citing that their satellites would interfere with their own.

However the FCC ruled that it didn’t believe the satellites would create ‘significant’ interference.

‘We deny the petitions to deny of OneWeb and Kepler. We note that there is no increase in the number of satellites in the constellation,’ they said in the ruling.

WHAT IS STARLINK AND WHAT ARE ITS GOALS?

They are the first in a constellation of thousands of satellites, designed to provide low-cost broadband internet service from low Earth orbit.

The constellation, informally known as Starlink, and under development at SpaceX’s facilities in Redmond, Washington.

The company recently filed plans with the Federal Communications Commission (FCC) to launch 4,425 satellites into orbit above the Earth – three times as many that are currently in operation. 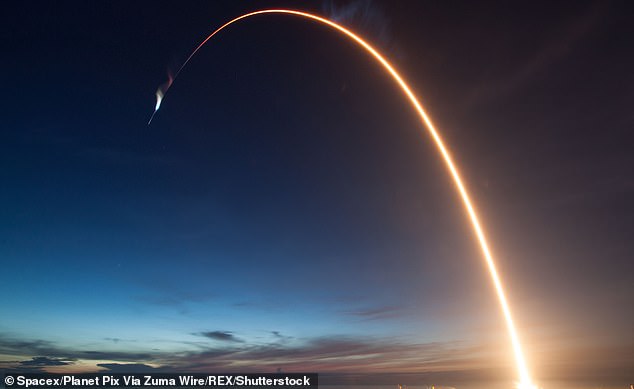 The initiative is that they would fly over 1,500 of the Starlink satellites at a lower orbit of 550km (around 342 miles). This was because they learned from test satellites that the lower orbit allows coverage with 16 fewer satellites. Here, SpaceX Falcon 9 rocket launches from Florida 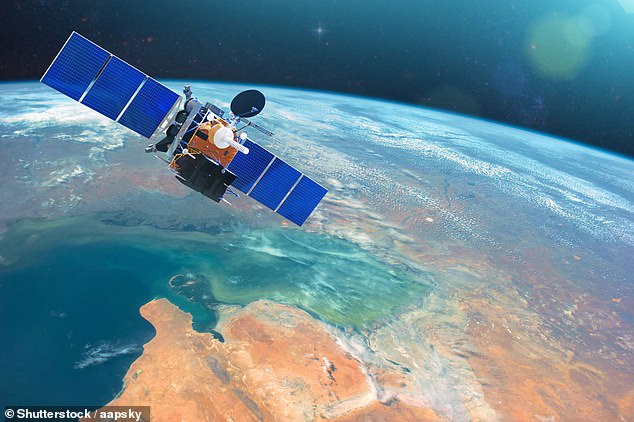 This is a major regulatory hurdle the company needed to clear in order to launch its first operational satellites as early as next month.

Regulators also didn’t find a significant risk of collisions in the new orbit, noting that each of the satellites would have thrusters to make manoeuvres to escape.

‘SpaceX claims, because all its satellites have propulsion and are maneuverable to prevent collisions, they are considered to pose zero risk to any other satellites in this orbital region,’ the FCC said in the ruling.

The company’s long-term plan to launch nearly 12,000 satellites into orbit to beam internet coverage down to Earth.

But Elon Musk isn’t the only entrepreneur looking to home in on the internet satellite service potential.

Amazon CEO Jeff Bezos wants to put 3,236 satellites in low Earth orbit in his space project, according to federal records.

The effort aims to cover areas that struggle with current infrastructure and boost these nations’ access to broadband internet.

They have reportedly not yet filed with the Federal Communications Commission for US market access for the system.

WHAT IS SPACE JUNK?

There are an estimated 170 million pieces of so-called ‘space junk’ – left behind after missions that can be as big as spent rocket stages or as small as paint flakes – in orbit alongside some US$700 billion of space infrastructure.

But only 22,000 are tracked, and with the fragments able to travel at speeds above 27,000kmh (16,777 mph), even tiny pieces could seriously damage or destroy satellites.

Justin Bieber thanks Jesus Christ for making him feel ‘loved, chosen, and forgiven’ and urges his fans to turn to Faith in times of struggle…