Meet ‘Endurance’! SpaceX’s Crew Dragon capsule is named ahead of its crewed launch to the International Space Station at the end of this month

SpaceX’s next Crew Dragon capsule has been named ‘Endurance,’ ahead of its launch to the International Space Station at the end of this month.

The name was revealed by NASA astronaut Raja Chari, who will be the commander of the SpaceX Crew-3 mission, scheduled to launch on October 30.

Until the crew confirmed the new name, the capsule, which has never flown to space before, was simply known by NASA, SpaceX and the crew as Capsule 210.

The name is ‘a tribute to the tenacity of the human spirit, as we push humans and machines farther than we ever have,’ said Chari, who will make his first spaceflight when he launches, and become only the second rookie to command a spaceship.

They will launch from the Kennedy Space Center in Florida on October 30 at 07:43 BST, arriving at the station the next day, on October 31 at 04:43 GMT. 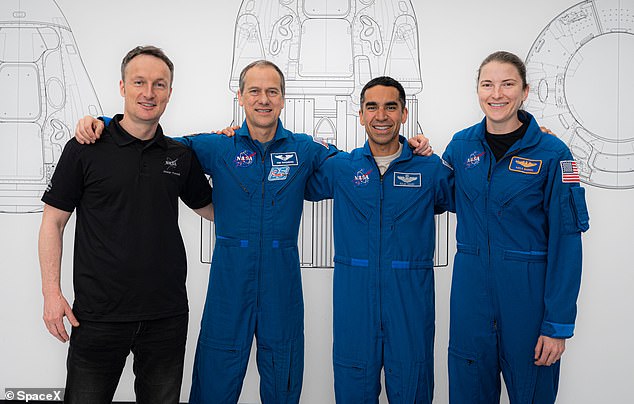 Raja Chari (second from right) will become only the second rookie commander of a spaceflight, and will be joined by Thomas Marshburn (left) and Kayla Barron (right) from NASA, with Matthias Maurer (second left) from ESA 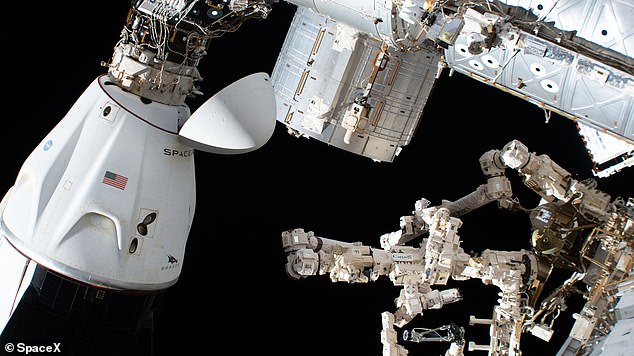 Thomas Henry “Tom” Marshburn (born August 29, 1960)  is a doctor and veteran NASA astronaut taking his third trip to the ISS.

Giving the spacecraft the name Endurance is ‘a nod to the fact that the development teams, the production teams, the training teams that got us here have endured through a pandemic,’ according to Chari.

‘And then of course, just the fact that we are going to reuse this vehicle,’ he said, speaking in a NASA video announcement.

‘So, one of the really cool things about the SpaceX Dragon is, we’ll be the first ones to use Endurance, but it won’t be the last time it’s used.’

This is the third Crew Dragon in the SpaceX fleet to travel to space.

It follows in the footsteps of the Resilience and Endeavour capsules that came before it.

Endeavour first flew humans during the Crew Demo-2 test flight, and again during a flight for Crew-2, and is currently docked to the ISS waiting to take the last crew back to Earth next month.

Resilience is currently active and was used for the Crew-1 flight, and took the Inspiration4 mission on an orbital trip around the Earth earlier this year.

That saw the all-civilian crew of Jared Isaacman, Sian Proctor, Hayley Arceneaux and Christopher Sembroski spend three days orbiting the Earth in a modified version of the capsule.

It was changed to include a dome in place of the docking hatch, allowing the crew to view the Earth as they orbited our world.

There is a fourth SpaceX Crew Dragon capsule under construction, which will be used for the planned Crew-4 mission, scheduled for April 2022.

Crew-3 astronauts will spend six months living and working on the International Space Station, scheduled to return in the spring of 2022.

This is the third mission to launch since NASA contracted SpaceX to fly astronauts to the station, ending a long relationship with Roscosmos. 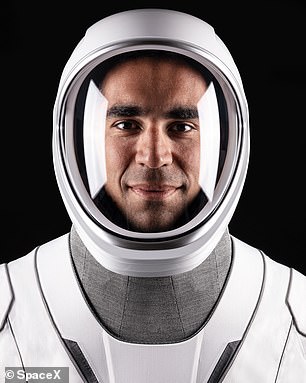 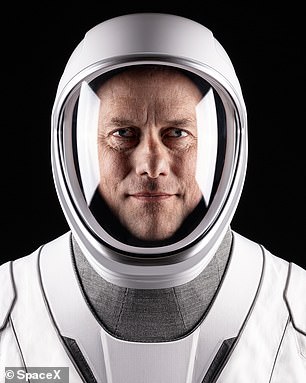 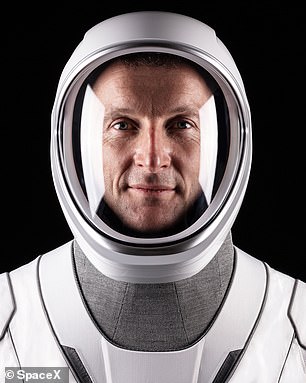 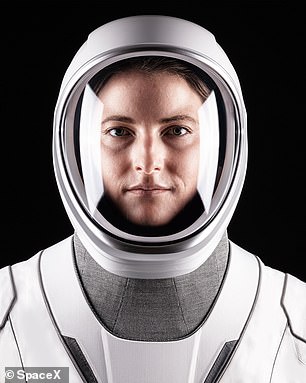 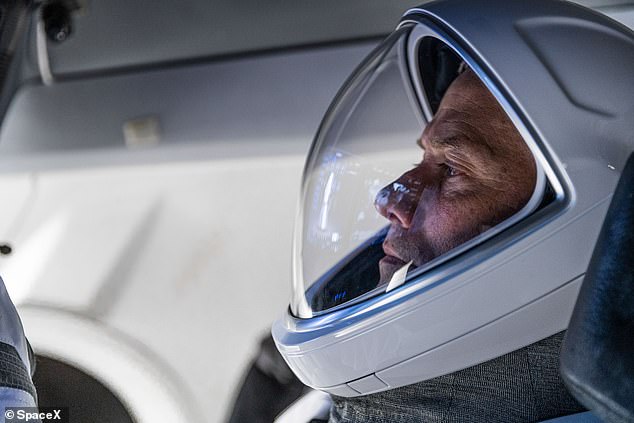 SpaceX Crew-3 Tom Marshburn will pilot the mission, and is seen here in his SpaceX suit, preparing for the flight

The Crew-3 mission, part of the ISS Expedition 67, will launch from Kennedy Space Center on October 30 atop a Falcon 9 rocket.

Chari, Maurer and Barron are on their maiden spaceflight, whilst Marshburn is making his third trip to the orbiting laboratory. 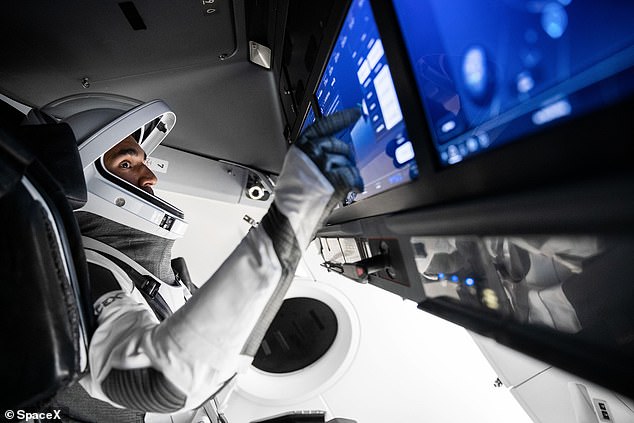 Raja Chari will command the next spaceflight, pictured here in the simulator at the SpaceX Headquarters in Hawthorne, California

The fourth seat, occupied by Barron, had been left open in anticipation that a Russian cosmonaut would take it, as part of a barter agreement between NASA and Roscosmos – opening up the Soyuz for future NASA trips.

However, progress on the deal was slow, leading to then-acting NASA administration Steve Jurczyk saying in April that this agreement would be unlikely to start until after Crew-3 had launched, assigning it instead to Barron.

The crew will return to Earth in April 2022, splashing down in the Atlantic Ocean shortly after the Crew-4 mission arrived on the space station.