Conor McGregor cut a casual figure as he stepped out in Los Angeles with fiancee Dee Devlin on Wednesday.

The MMA fighter, 33, wore a vibrant yellow shirt and black shorts while strolling in California with his long-term love by his side.

He completed his ensemble with sliders and shades as he gave the thumbs up to the  camera. 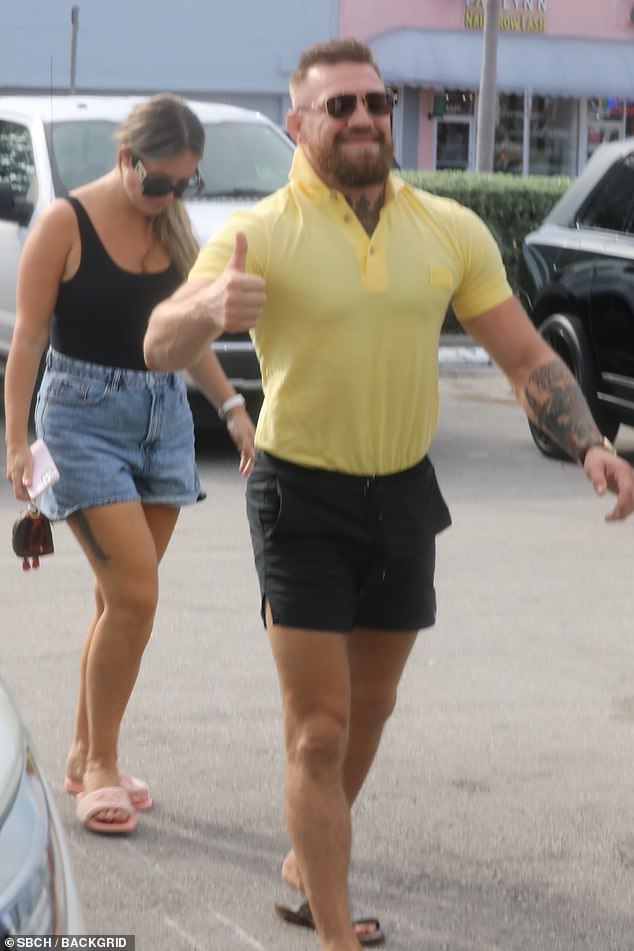 Fun:  Conor McGregor cut a casual figure as he stepped out in Los Angeles with fiancee Dee Devlin on Wednesday

Dee wowed in a black vest top and denim shorts for the stroll.

The couple were later seen getting into their car and driving off in the sun.

Conor is back on his feet after fracturing his tibia in the closing seconds of the opening round against Dustin Poirier at UFC 264 in Las Vegas.

The MMA fighter now faces a long road to recovery, with UFC president Dana White convinced that the former two-weight champion will be unable to compete for 12 months 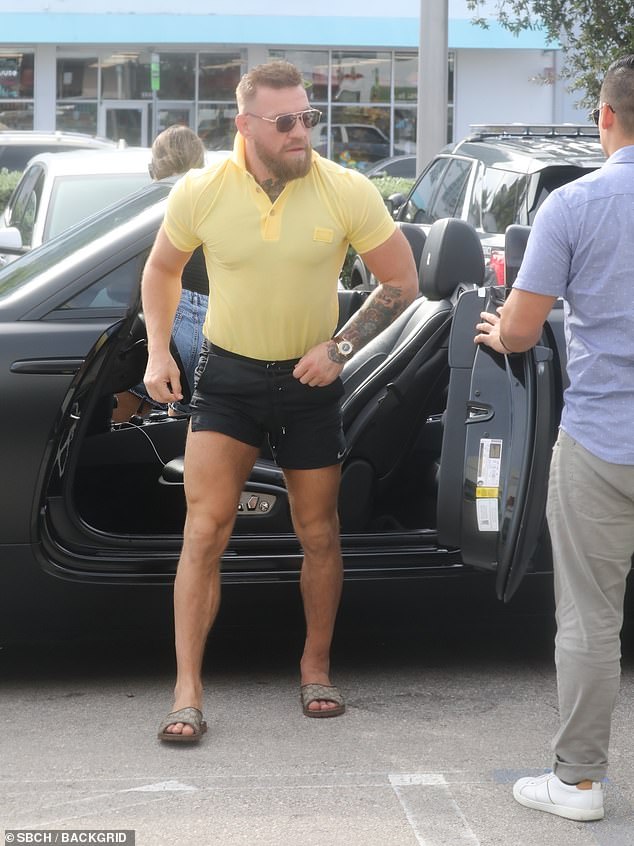 Hunky: The MMA fighter, 33, wore a vibrant yellow shirt and black shorts while strolling in California with his long-term love by his side 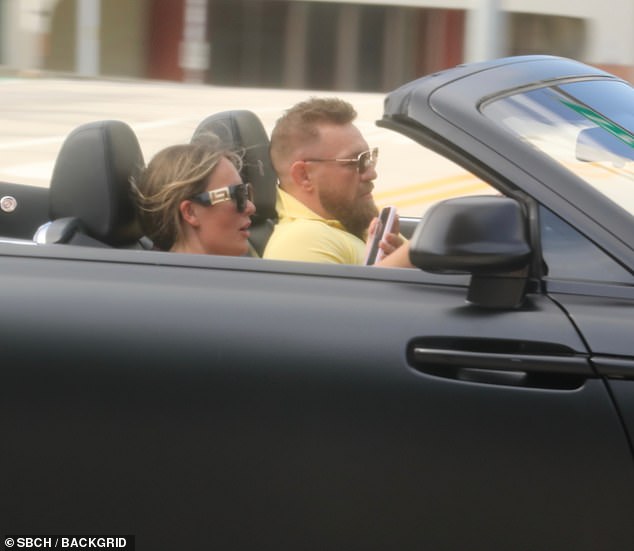 Chat: The pair were seen exchanging pleasantries as they zoomed off in their car

‘He’ll be in [Los Angeles] for a little while. I don’t know if he’s gonna fly home, or what he’s gonna do,’ Dana told TMZ Sports at the time.

Asked when the star will be back, Dana said: ‘He’ll be back in a year.’

‘We’ve got six weeks on a crutch now and then we begin to build back.

‘A clean break of the tibia and it was not to be. Dustin, you can celebrate that illegitimate win all you want but you’ve done nothing in there.

‘That second round would have shown all,’ he added.

The holiday in Miami comes after Conor recently buried the hatchet with the rapper Machine Gun Kelly after their scuffle at the MTV Video Music Awards last month. 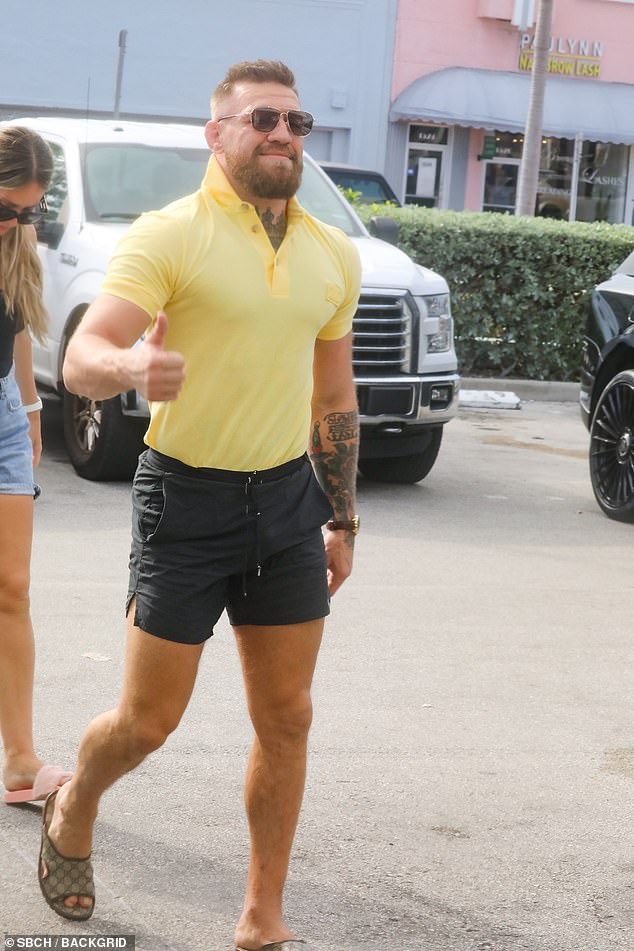 Thumbs up: Conor is on the road to recovery following his tibia injury