The universe is believed to be about 13.8-billion-years-old, having been born in the Big Bang. For a long time after the Bing Bang, the universe was relatively empty as the first stars did not appear until about 13 billion years ago. A team of scientists led by the University of Washington, US, are now closing in on a signal from this “dark age” of the universe, one that has been travelling through space for some 12 billion years.

Professor Miguel Morales, University of Washington, said: “We think the properties of the universe during this era had a major effect on the formation of the first stars and set in motion the structural features of the universe today.

“The way matter was distributed in the universe during that era likely shaped how galaxies and galactic clusters are distributed today.”

Before the universe’s dark age, space was incredibly hot and dense.

This period was marked by regular interactions between photons and electrons, giving the universe an opaque look. 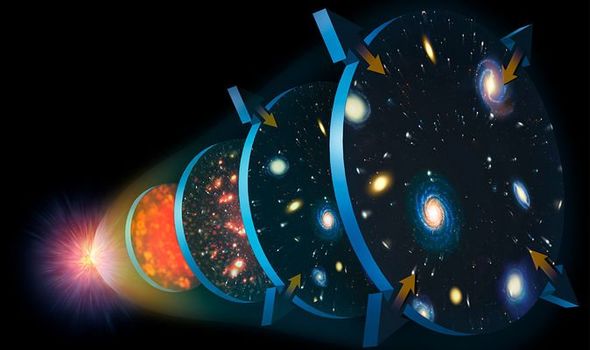 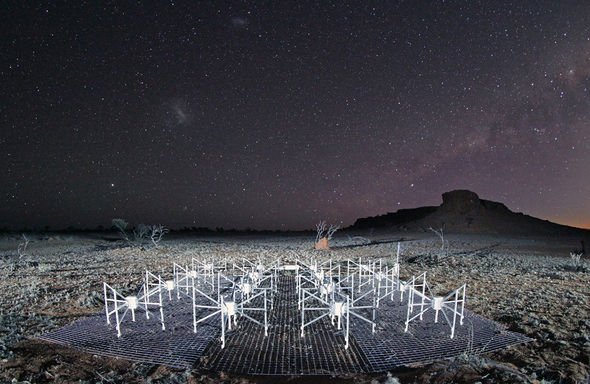 But less than a million years after the Big Bang, these interactions became rarer and rare, and as a result, the universe became increasingly dark.

The darkening gave rise to the dark age, which lasted for hundreds of million years.

During this time, the universe was dominated by neutral hydrogen atoms that did not have a charge.

Professor Morales said: “For this dark age, of course, there’s no light-based signal we can study to learn about it – there was no visible light.

“But there is a specific signal we can look for. It comes from all that neutral hydrogen.

“We’ve never measured this signal but we know it’s out there.

“And it’s difficult to detect because in the 13 billion years since that signal was emanated, our universe has become a very busy place, filled with other activity from stars, galaxies and even our technology that drown out the signal from the neutral hydrogen.”

The mysterious signal the researchers are trying to capture is an electromagnetic radio emission.

The neutral hydrogen emitted the signal at a wavelength of about 21 centimetres.

DON’T MISS…
Is Yellowstone volcano overdue another major eruption? [ANALYSIS]
Alien contact: This is how YOU could message extraterrestrials [INSIGHT]
Astronomers detect the ‘birthplace’ of building blocks of life [INSIGHT] 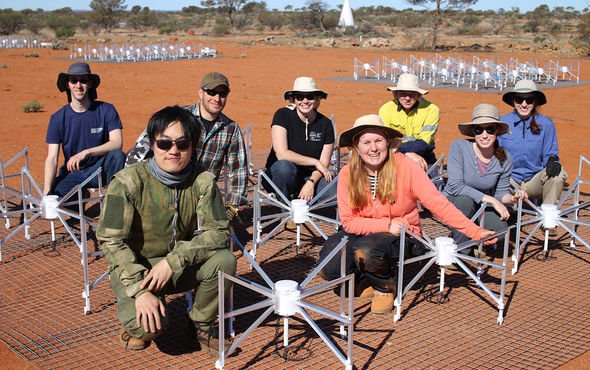 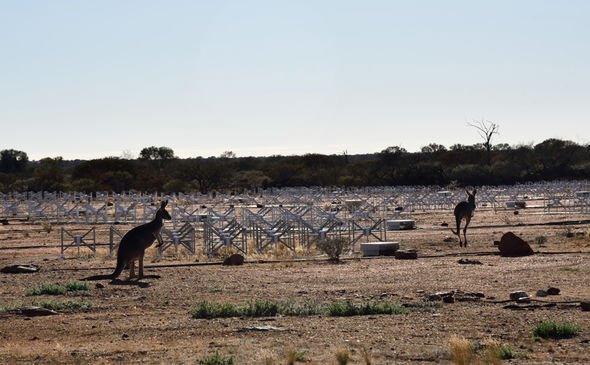 However, the ever-expanding universe has stretched this signal out to about two metres.

Professor Morales believes the signal holds vital information about the dark age and how it ended.

About one billion years after the Big Bang, hydrogen atoms began to cluster to form the first stars.

The light from these infant stars kick-started a new era, known as the Epoch of Reionisation.

The energy from these stars converted much of the neutral hydrogen into plasma – a superheated gas of loose electrons and ions.

Most of the interstellar space is now dominated by this plasma.

Professor Morales said: “The Epoch of Reionization and the dark age preceding it are critical periods for understanding features of our universe, such as why we have some regions filled with galaxies and others relatively empty, the distribution of matter and potentially even dark matter and dark energy.”

The scientists are tracking down the dark age signal using the Murchison Array – a low-frequency radio telescope in Western Australia.

The telescope consists of 4,096 dipole antennas that can detect signals like the electromagnetic signature of neutral hydrogen.

However, there is a lot of cosmic noise that needs to be first filtered out.