‘I’m enjoying that I feel comfortable with myself!’ Sadie Frost shows off her incredible figure and expert yoga moves as she poses for VERY flexible snap to celebrate turning 55

Sadie Frost gushed about how yoga helps her feel ‘comfortable with’ herself as she shared an impressive snap while doing a pose on Saturday.

The actress, 54, looked sensational as she arched her back and curled her legs behind her for the move while wearing a scarf over her torso with leggings.

Covering her modesty with an Instagram sticker of a heart after her scarf had slipped down, Sadie admitted: ‘I know theres a little too much flesh in this picture. but i am 55 this week and am enjoying that i still feel relatively comfortable with myself [sic].’ 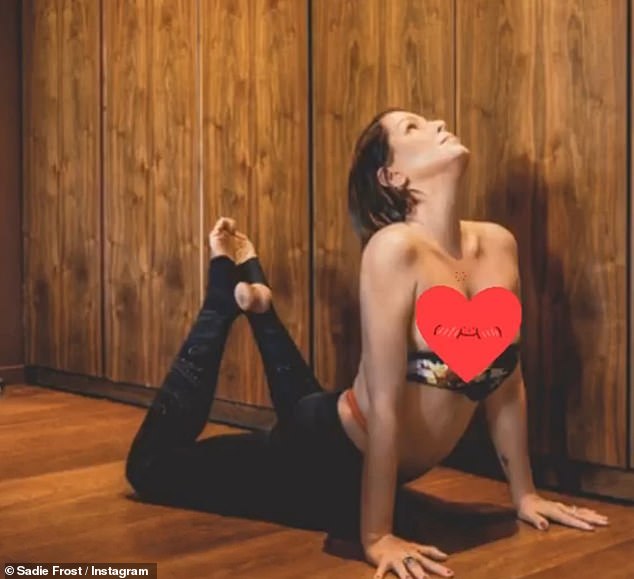 Wow! Sadie Frost showed off her impressive yoga moves as she gushed about how the sport helped her feel ‘comfortable with herself’ in a post shared via Instagram on Saturday 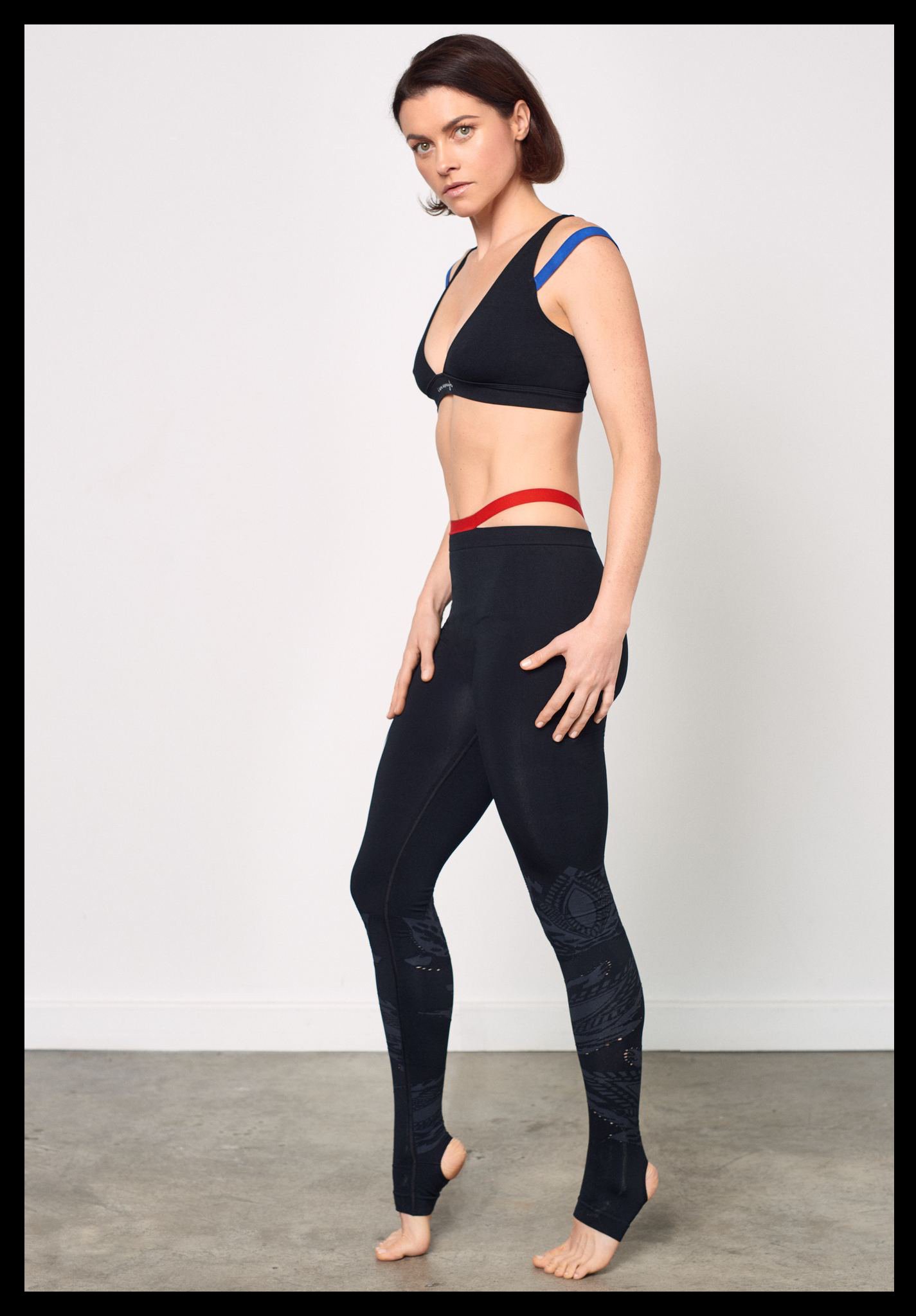 Sadie went on: ‘i do like it – it represents how amazing yoga can make you feel – in this pic i am wearing @frostbody.leggings (follow us for tips/ practise and recipes )- and a @rockinshq scarf round my boobs’

The actress revealed the picture comes from a new short film she is set to appear in called Contact, which she is about to finish working on.

Shot during lockdown, Sadie added that she acted alongside son Rafferty Law, who she shares with ex-husband Jude, and thanked him and his friends for the hard work they’d put into it.

‘it was so great to shoot in lockdown and do something creative with some of the youngsters @rafflaw @kelvinkinderbueno @rudyalbarn @coracorre @bellabroekmantilbury.. who all did an amazing job- you will be able to see it in a weeks time..[sic],’ she teased. 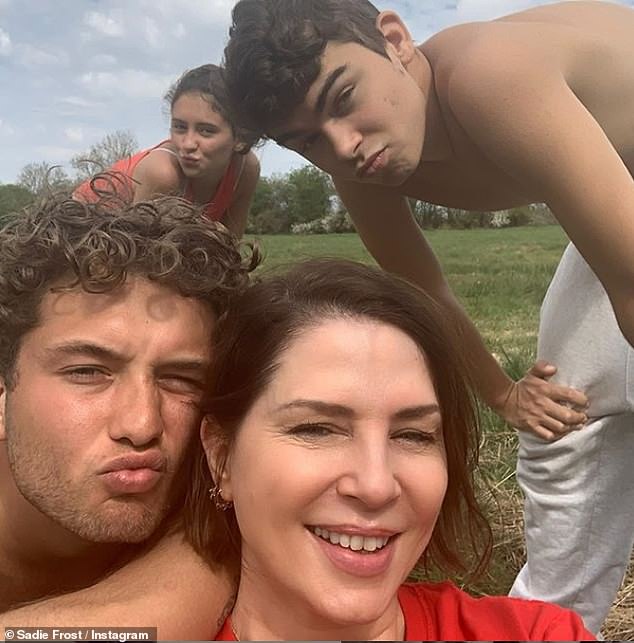 Family: The actress revealed the picture comes from a new short film she is in called Contact which she worked on with son Rafferty Law (L), who she shares with ex-husband Jude

Sadie and Jude led the Primrose Hill Set, a name given to the all-star group of edgy residents of the leafy neighbourhood, who were known in their heyday for their wild ways with stories of their antics becoming the stuff of legend.

In the nineties they would spend their nights partying with the likes of Kate Moss, Davinia Taylor and Gavin Rossdale.

But things were not made to last, with Jude and Sadie getting a divorce in 2003, after six years of marriage.

In her autobiography Crazy Days, Sadie blamed depression that ‘weaved a dance of destruction’ through her adult life on the breakdown of their marriage.

Jude is now married to psychologist Phillipa Coan, 32, who he is expecting his sixth child with.

The actor also has an nine-year-old daughter Sophia with model Samantha Burke and Ada, four, with musician Catherine Harding. 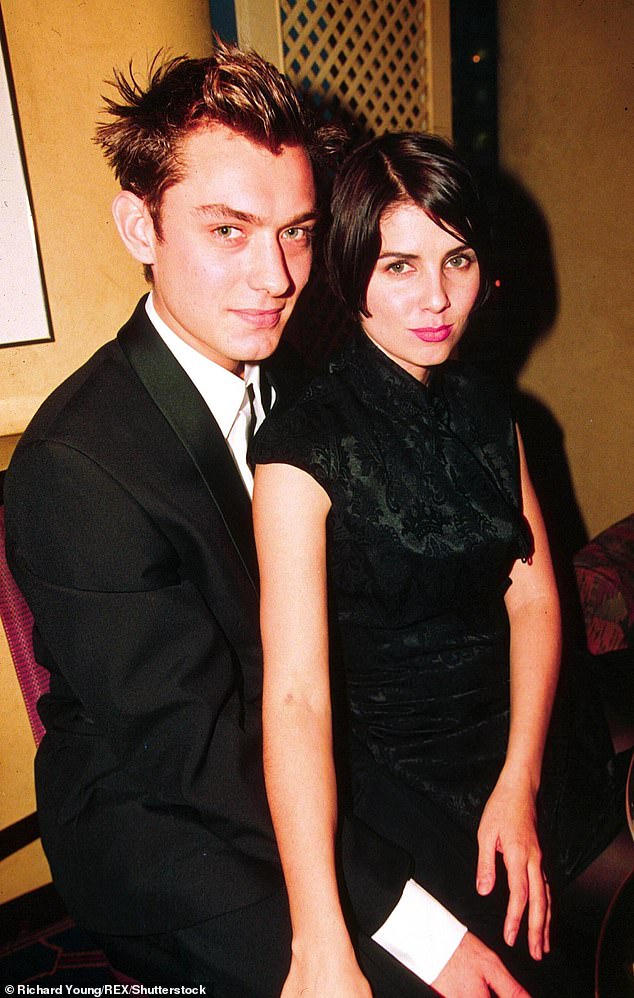 Former flame: Sadie and Jude (pictured in 1996) also share daughter Iris and son Rudy and she has son Finlay with ex husband Gary Kemp. The pair split in 2003 after six years of marriage