The glowing outline of the eclipsed Sun can be seen peeking out from behind the Earth. Much like a thin Crescent Moon, the Sun is barely visible against the pitch-black expanse of space. NASA’s astronauts snapped this eclipse picture 50 years ago on their voyage home from the Moon.

“When the Earth moved directly between the Sun and the Apollo 12 spacecraft on the journey home from the Moon, the crew captured this image of a solar eclipse a 16mm motion picture camera.” 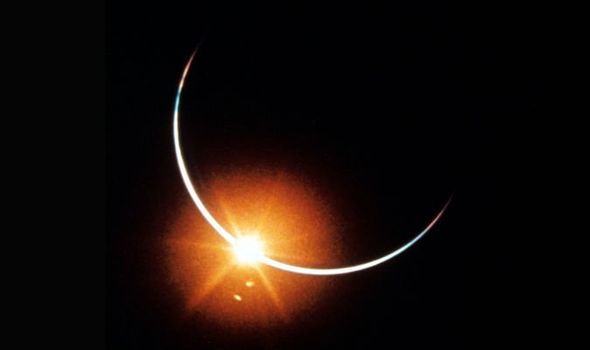 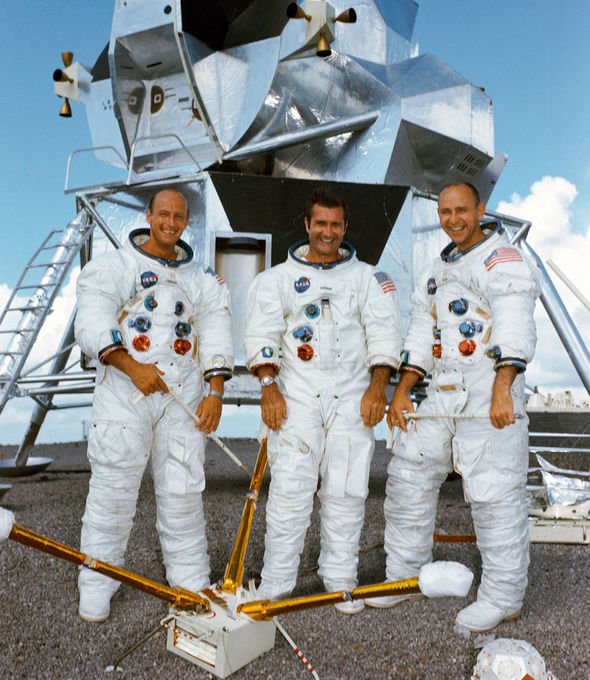 Of the three Apollo 12 astronauts, Mr Gordon was the only one who did not descend to the lunar surface.

He played the same role Mr Collins did on Apollo 11, staying behind in the mission’s Command Module Yankee Clipper.

Apollo 12 landed on the Moon on November 19, marking the first time a manned spacecraft landed next to another spacecraft.

The mission targeted a landing spot next to the Surveyor 3 – a probe NASA launched to the Moon in 1967.

NASA said: “The goal of the first mission was to prove that a human landing on the Moon could be accomplished.

“Apollo 12 was more ambitious, aiming for a pinpoint landing in the Ocean of Storms and completing two Extravehicular Activities (EVAs) or spacewalks on the lunar surface during a longer stay of 31.5 hours.

“An added bonus of the pinpoint landing involved a visit to Surveyor 3, a robotic spacecraft that had been on the Moon since April 1967.”

The astronauts carried back to Earth fragments of the Surveyor probe to study the effects of prolonged solar radiation on spacecraft. 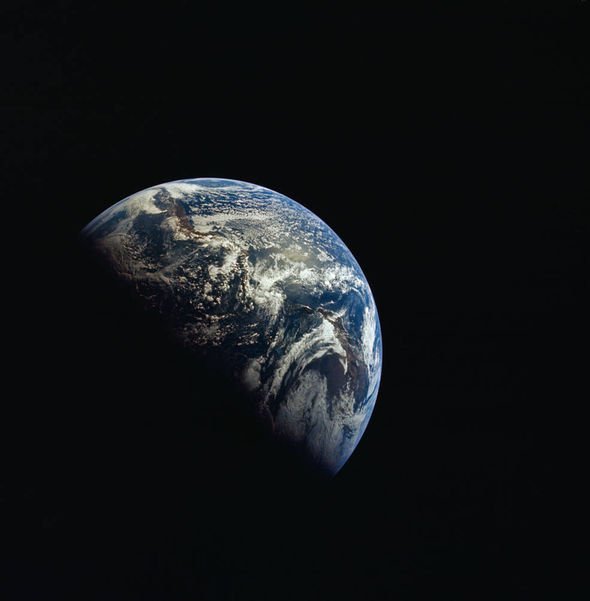 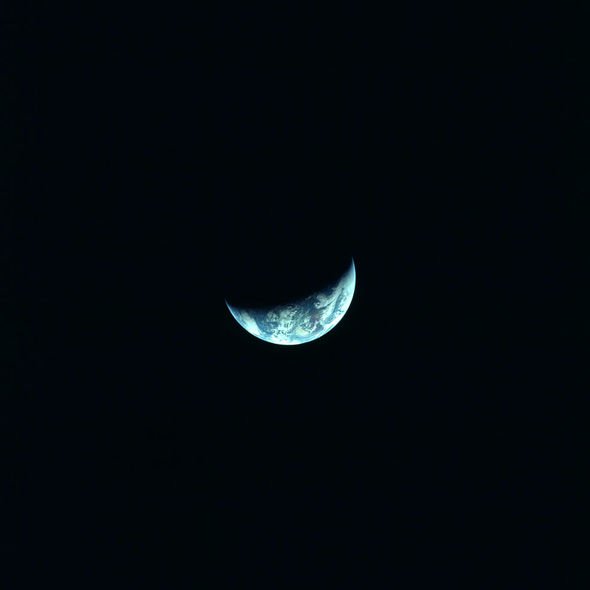 The solar eclipse witnessed by the three Apollo astronauts was unlike anything ever witnessed back on Earth.

Down on the planet, solar eclipses are the result of the Moon passing directly in front of the Sun.

Thanks to a beautiful astronomical coincidence, the Moon and the Sun are roughly equal in size in our skies.

Because of this, the disc of the Moon can fully shroud the glowing face of the Sun during a total eclipse.

If the Moon only partially passes in front of the Sun, we witnessed a so-called partial eclipse.

NASA’s astronauts, however, saw the planet Earth bite into the face of the Sun – a view that can only be seen from space.

NASA said: “Sometimes when the Moon orbits Earth, it moves between the Sun and Earth.

“When this happens, the Moon blocks the light of the Sun from reaching Earth.

“This causes an eclipse of the Sun or solar eclipse.”