The CCTV footage from Late Stop 24 in Bangor, North Wales, shows the crafty bird walking purposefully into the shop, before snatching a croissant and making a run for it through the front door. Following two thefts within the space of 24 hours, the store owners appealed for information, saying that the bird is “pushing his luck”. 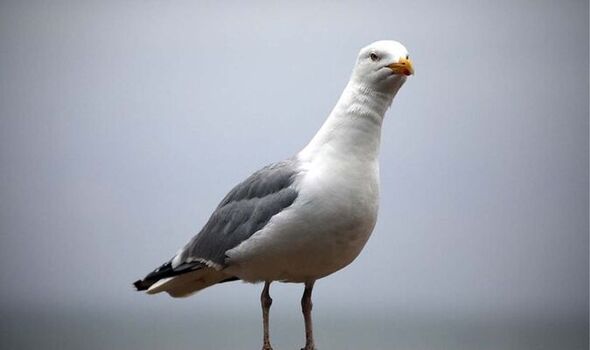 Along with the CCTV footage, NorthWalesLive reported how the shop posted: “Do you recognise this thief? Caught on camera twice [on Wednesday] stealing from the premises, he’s pushing his luck… Somebody out there must recognise him… We have already been given the name Steven, but could be just a relation. Any info appreciated.”

Bangor is not the only place in North Wales that has experienced issues with unruly seagulls of late. Last week, a resident from Llanfairpwll said that village residents are “living in fear” following a spate of seagull “attacks” over the summer.

Mr Gareth Parry was dissatisfied with the local council’s response to the issue and said: “If I could, I’d send my council tax to the seagulls because they own this village now.”

One woman was left “quite badly hurt” after falling on her arm while being mobbed by a group of gulls a few weeks ago.

The 70-year-old says he thinks twice now before leaving the house in case he is swarmed, something that has already happened several times, he said.

They are mainly scavengers but also predators and are omnivores, so they eat almost anything.