A new market-leading rugged smartphone has been launched by a British company.

The CAT S62 Pro device is a regular-looking Android device with a sleek design that is built with durability and longevity in mind.

A FLIR thermal camera, which is four times more detailed than its predecessor, is its party piece feature.

The thermal imaging is designed to give detailed looks at heat coming from radiators, cows or engines.

However, the phone’s creators say the thermal-scanning capabilities could also be used to help screen employees for a fever, which may be brought on by Covid-19.

But the majority of the S62’s appeal comes from its unique position in an overcrowded smartphone market.

But Reading-based Bullitt Group, which makes the S62, is building the phone for an entirely different demographic – people who value toughness.

Bullitt says the £599 ($749) handset is aimed at plumbers, scaffolders, tree surgeons, farmers, mechanics and others who stand little to gain from 5G, uber high-quality selfie cameras and portrait mode.

Instead, this product dominates the admittedly niche market of reasonably priced rugged phones. 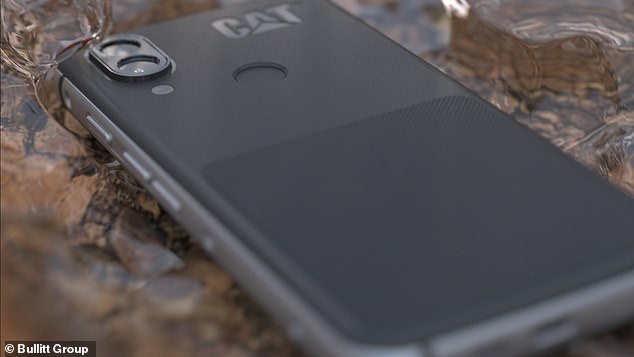 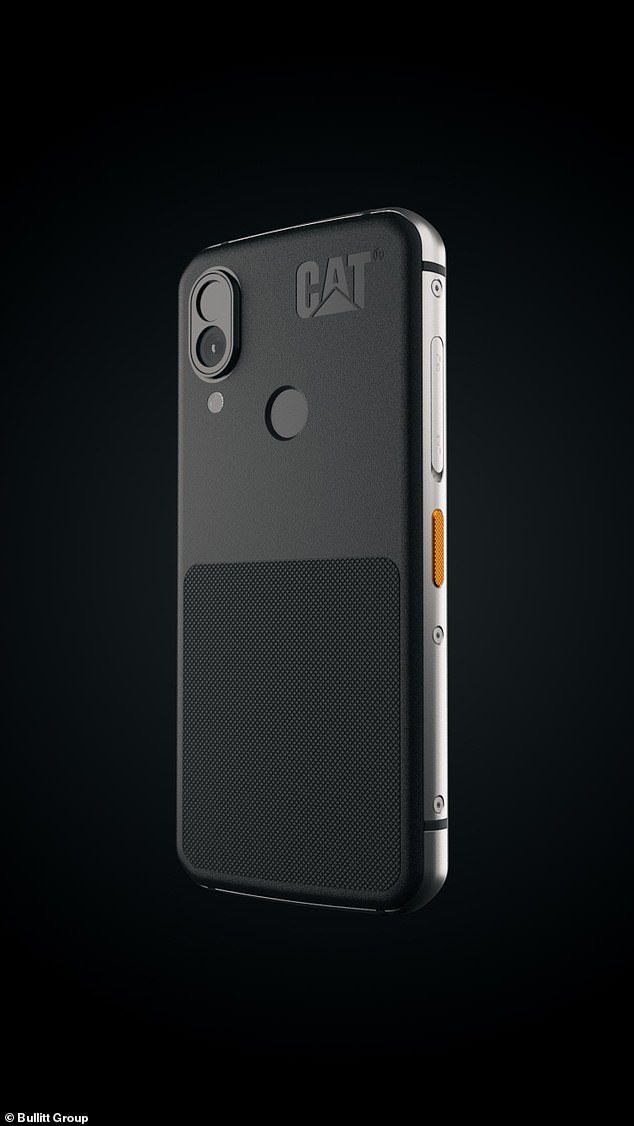 The predecessor to this latest flagship device, the S61, was arguably the best rugged phone on the market for several years before a few new arrivals dethroned it.

However, the S62 looks set to reclaim CAT’s position at the top of the pile.

Its IP68 certification, high-quality thermal sensor, sleek design, comprehensive warranty and three years of security updates make it the best value for money at a reasonable price point in the sector.

These features make the device appealing to those in arduous lines of work who need a phone that can stand up to physical demands.

Ben Wood, chief analyst at CCS Insight and a market expert, told MailOnline: ‘I honestly don’t think you’ll find a better rugged phone on the market unless you are prepared to pay two or three times as much money for a high-end ultra-rugged model.’

Its gorilla glass and stainless steel case is unfazed by such drops, and is also immune to dirt, dust, severe temperature swings and vibrations.

Bullitt has been making these rugged phones for years and, as evidenced by the recently released S52, has managed to ditch the bulky contraptions of old.

Now they look like regular phones, with the protective features often concealed.

The company first squeezed a thermal imaging camera into one of its phones in 2016, and the latest incarnation is by far the best one yet.

A close working relationship with FLIR has culminated in the S62 having four times as many thermal pixels, allowing for much improved resolution. It is also cheaper than the S61 was at release.

Peter Cunningham, VP of Product Portfolio at Bullitt Group, told MailOnline that most people who buy the device will use the thermal camera for its practical applications in plumbing, farming or other trades.

For example, spotting uneven heat distribution in radiators, finding ailments in livestock, or spotting gaps in the insulation of houses.

However, in the current coronavirus-stricken world, he acknowledged its heat-spotting capabilities could be useful as a form of coronavirus screening.

‘In terms of people who use this phone, I think the majority of them will be using it for all of the other use cases but there will be some who will be deploying these phones for thermal screening,’ he said.

‘A thermal camera, unless you are paying thousands of pounds for it, is not accurate enough to measure someone’s temperature.

‘But what our thermal camera is very good at is thermal sensitivity, so it is good at sensing small changes in temperature.

‘You could use it from a screening point of view and that is an application that we have deployed on it so you would set it up in a reception on a tripod.’

Reading Football Club used the S61 for thermal screening of staff and players when they came back to the club’s facility.

The application on the CAT phone employs the thermal camera, and the phone either shows red or green when a person pauses briefly in front of it.

If they fail this very quick process, they can be pulled aside for a more accurate temperature check from a medical professional.

Due to the handset’s toughness, it can also be rubbed down with virus-killing alcohol wipes or sanitiser and be unaffected. It is also impervious to washing with warm soapy water which will clean the phone of any lingering pathogens.

Mr Cunningham says the thermal imaging of the camera is highly versatile and is aided by the breadth of other features the phone benefits from.

‘We’ve also made numerous other improvements. Compared with its predecessor, it’s 12 per cent more compact with a 10 per cent bigger screen.

Should the phone break, Bullitt offers a comprehensive warranty lasting for two years. It also comes with Android security updates for 36 months. 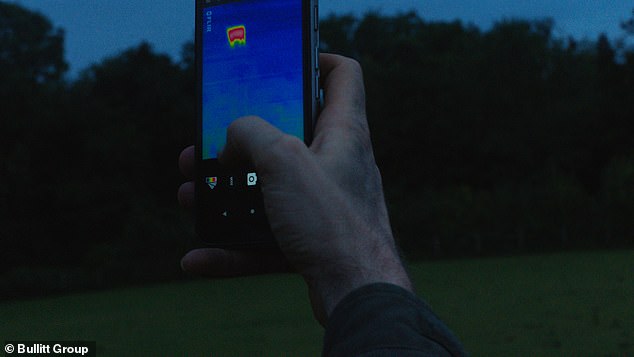 The S62 is waterproof up to 1.5 meters (five feet) for 35 minutes and, as part of testing, is repeatedly dropped from 6ft (1.8m) in the air onto steel 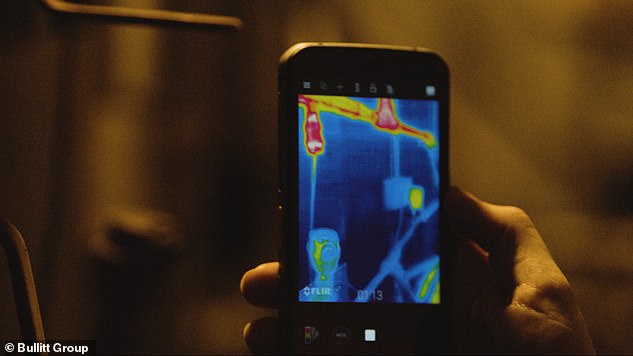 Reading Football Club used the S61 for thermal screening of staff and players when they came back to the club’s facility. The application on the CAT phone employs the thermal camera and a person pauses briefly before the phone and the phone either shows red or green

Mr Wood said that as well as tradespeople, the phone will be attractive to gadget-lovers who simply want something different from ‘all the other black rectangles that all look the same’.

He adds: ‘Rugged is a really interesting niche, Bullitt have done a really great job in terms of doubling down on the space, they’ve got a great brand partner with CAT, which I think sets them apart from all of these endless number of brands purporting to offer rugged devices.

‘They certainly tick all the boxes. You’ll find cheaper rugged phones and brands you do not recognise, but with CAT what you get is a recognisable brand, a product built over several years and commitment with its upgrades.’

The handset is considerably more expensive than other mid-market Android phones on the market already, which have superior technology.

For example, the Motorola G 5G (from £299) and the OnePlus Nord (£379) have better cameras and processing power.

However, the cost of these handsets surges significantly if you drop it and have to fork out for a pricey repair.

Water damage is a common issue for smartphones and often voids most regulation manufacturer warranties.