Robert Gore, a chemical engineer whose failed lab experiments with a polymer led unwittingly to the invention of Gore-Tex, the versatile, waterproof material used in ski jackets, aortic stent grafts and spacesuits, died on Sept. 17 at his vacation home in Cecil County, Md. He was 83.

The cause was cancer, according to a statement released by his family.

Mr. Gore’s billion-dollar invention was born out of failure and frustration. In 1969, as head of research and development for W.L. Gore & Associates, the manufacturing company founded by his parents, he was tasked with creating an inexpensive form of plumber’s tape for a client. The tape was made from polytetrafluoroethylene, or PTFE, known commonly by the brand name Teflon.

Mr. Gore sought to make more efficient use of the material by stretching it, not unlike Silly Putty. But each time he heated and stretched a rod of PTFE in his lab, it broke in two.

“Everything I seemed to do worked worse than what we were already doing,” he told the Science History Institute in a short film. “So I decided to give one of these rods a huge stretch, fast — a jerk. I gave it a huge jerk and it stretched 1,000 percent. I was stunned.”

Twelve years earlier, as a college student working with his father, W.L. Gore, a former chemist for DuPont turned entrepreneur, Mr. Gore had figured out a way to use PTFE to coat the copper wires found in early computers. The innovation resulted in a contract with IBM and kick-started the family business.

But the expanded form of PTFE he created, known as ePTFE, turned out to be a fortune-making discovery. The microporous material, which the company patented and trademarked as Gore-Tex, had exceptional qualities and myriad uses.

One of the earliest and most ubiquitous is as a laminate layer in fabric. It allows perspiration to escape but prevents water droplets from entering, making it ideal for camping equipment, ski wear and other outdoor apparel. 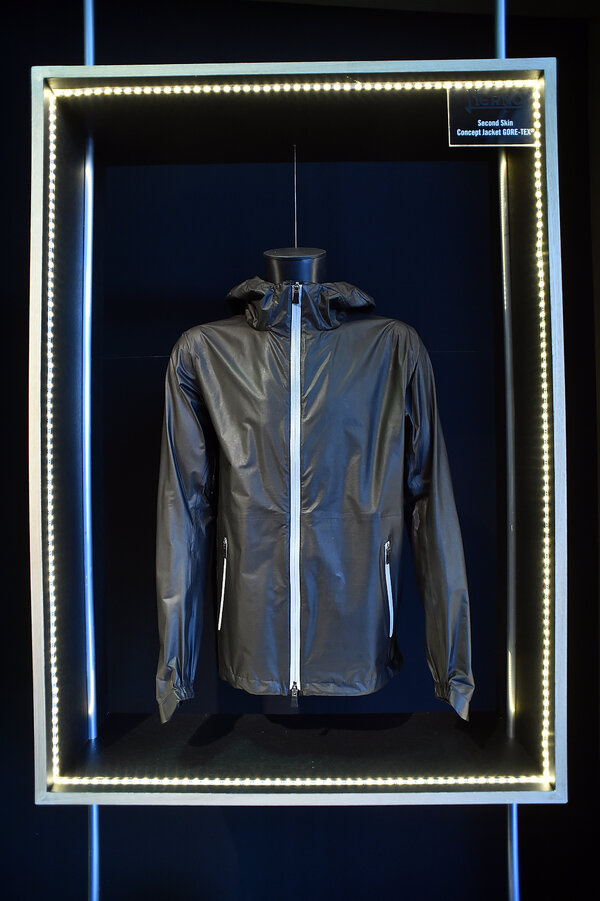 The first commercial product to use Gore-Tex, in 1976, was a camping tent. By the mid-’80s, L.L. Bean, Eddie Bauer and other clothing brands were selling Gore-Tex jackets, raincoats and parkas, which were worn by both rugged mountaineers and fashionable Manhattanites.

Mr. Gore became president and chief executive of W.L. Gore & Associates in 1976 and pursued new applications for his invention. He would stand in a rainstorm to check garments and footwear for waterproofness, and he filled his home with prototypes. He called the company’s 800 numbers to make sure the customer service was up to par.

“Bob was the guy who made things happen,” Bret Snyder, the chairman of W.L. Gore & Associates and Mr. Gore’s nephew, said in a phone interview. “He had a passion not just for the theoretical, but how the products worked in customers’ hands.”

Robert Walton Gore was born on April 15, 1937, in Salt Lake City. When his father, known as Bill, was hired by DuPont after World War II, the family moved east, living in various towns before settling in Newark, Del.

One of DuPont’s newest products in those years was Teflon, which Bill Gore believed was not being developed to its fullest potential. In 1958, he left DuPont and, along with his wife, Genevieve (Walton) Gore, started W.L. Gore & Associates in the basement of the family’s home to work with the material. Ms. Gore was secretary and treasurer. The couple were equal partners.

During the Apollo 11 moon landing, coated cable manufactured by the company was used to attach a seismograph to the lunar lander. Fifty years later, the Mars rover launched in July carried the company’s wire and cable products.

As the decades rolled on, the uses for Gore-Tex seemed to expand, like the polymer itself. They include medical implants, industrial filters, packaging for biologic drugs, fuel cells for electric vehicles, uniforms for emergency responders and even guitar strings. (Coating the strings in ePTFE reduces the oil, cells and dirt that build up from a player’s fingers, resulting in better tone quality.)

In the Science History Institute film, Mr. Gore said his father was an energetic optimist, while his mother was “the heart of the enterprise” and nurtured employees’ careers. By many accounts, Mr. Gore combined those qualities as a leader. By 1996, his privately held company had reached sales of more than $1 billion. He stepped down as president in 2000.

Mr. Snyder recalled the nervous thrill of presenting a new product to Mr. Gore, who had adopted his father’s motto about business: “Jump in and see if you can swim.”

“He was super curious about things; he was rigorous,” Mr. Snyder said. “Bob entertained any kind of idea.”