Above the water, September would seem a month like any other in the boatyards of Charleston, Ore., where yachts and wooden fishing vessels gently bob against a backdrop of emerald-green trees. But under the surface, specifically under the boats and inside the hulls, it is a very special time of year, when the wood-eating giant feathery shipworms jettison sperm and eggs into the open water in the hopes that their genes will live on in a new generation.

This is ordinary stuff, as far as spawning goes for the shipworm, which is not a worm but a highly adapted clam with a long, naked and eerily smooth body that spends its entire adult life burrowed into wood. The only part of the shipworm that extends beyond the wood are two siphons the animal uses to breathe and to expel waste.

But on the unluckiest boats, their hulls honeycombed with clam-made holes, shipworms take sex one step further by hoisting up gobs of sperm with one of their siphons and inserting those gobs into the siphons of other neighboring shipworms. This insemination can even be simultaneous, with one shipworm shoehorning its sperm into a second shipworm with one of its siphons, while its other siphon receives a gob of sperm from a different shipworm neighbor.

“It’s really sophisticated behavior for what is essentially a clam,” said Reuben Shipway, a research and teaching fellow at the University of Portsmouth in England.

This form of direct fertilization is called pseudocopulation (copulation is an honor reserved for creatures with sex organs), and it was first reported in shipworms in the 1960s. But no one was able to capture it on video until 2017, when Dr. Shipway recorded a frenzy of pseudocopulating by giant feathery shipworms with a GoPro, the results of which were reported in December in Biology Letters.

Documenting shipworm sex with a GoPro is not part of Dr. Shipway’s core research, but something he felt was his duty as a scientist when the opportunity presented itself. At the time, Dr. Shipway was a postdoctoral researcher in the lab of the marine biologist Dan Distel at Northeastern University, part of which is safely housed in a former World War II bunker. Dr. Distel, the director of Northeastern University Ocean Genome Legacy Center and an author on the paper, studies shipworm symbionts, which are the bacteria in the animal’s gills that allow them to break down cellulose in wood. 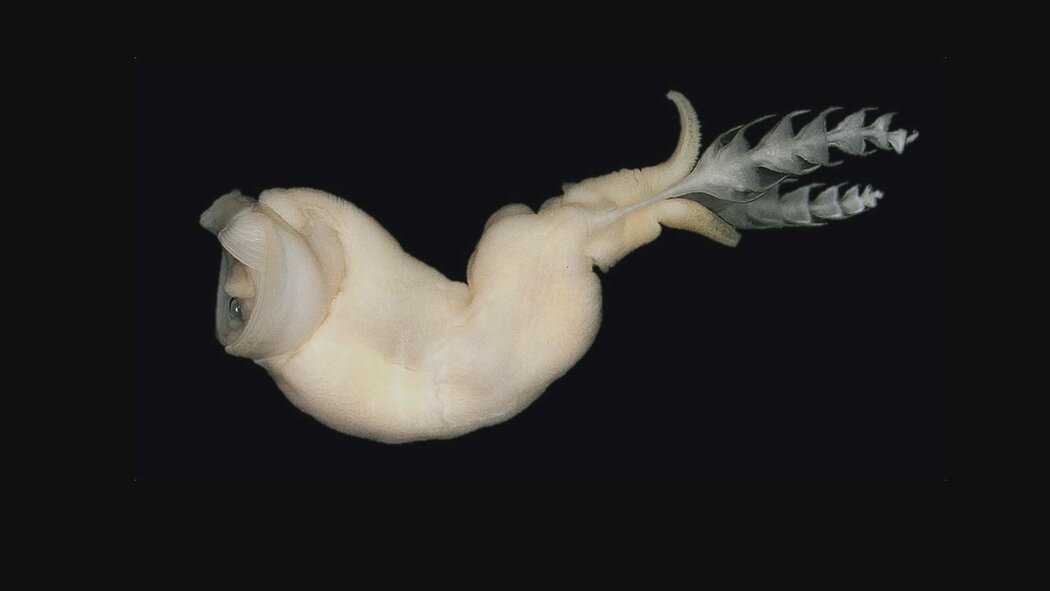 Although shipworms can be found across the world, Dr. Distel sources some of his shipworms from the Pacific Northwest, where abundant windfalls of wood and the relatively warm temperature allow the giant feathery shipworm to grow very big, very quickly. In Oregon, the clams can grow as long as a bowling pin in just nine months, according to Nancy Treneman, a research assistant at the University of Oregon and an author on the paper. Ms. Treneman collected the shipworms filmed in the study by dropping pine planks off a dock in Charleston and collecting them nine months later.

Dr. Shipway had stopped by the bunker for a routine tank cleaning — shipworms produce piles of sawdust-like waste — when he found the tanks teeming with a white miasma and erupting from the shipworms in clouds. “It was like milk, literally difficult to see what was going on,” Dr. Shipway said. Dr. Distel added: “It’s really dramatic when they spawn, like little white smokestacks.”

“I was astonished when I saw that siphons of the individuals of Bankia setacea were ‘struggling’ between them,” Marcel Velásquez, a marine biologist at the National Museum of Natural History in France and the University of Oriente Venezuela who was not involved with the research, said in an email. “This competing behavior is very unusual in bivalves.” Dr. Velasquez has directly observed psuedocopulation in three other species of shipworms, but never of a competitive nature.

Certain shipworms that had the misfortune of burrowing too far to touch siphons with another shipworm vicariously released their eggs and sperm into the water while their more cosmopolitan neighbors psuedocopulated. “They were joining in how they could,” Dr. Shipway said.

The researchers do not know what sexes the pseudocopulating shipworms were, nor did they try to find out. Although shipworm larvae all start out as males, adult shipworms can exhibit simultaneous, consecutive and rhythmic-consecutive hermaphroditism, meaning it is almost impossible to tell what sex a shipworm is while it is alive and inside its wood burrow.

“They can be anything at any time,” Dr. Shipway said. The only way to sex a shipworm is to dissect it, but even then its sex is slippery. For example, if the shipworm you dissect just went through a marathon session of pseudocopulation and belched out all its sperm, it might appear female. 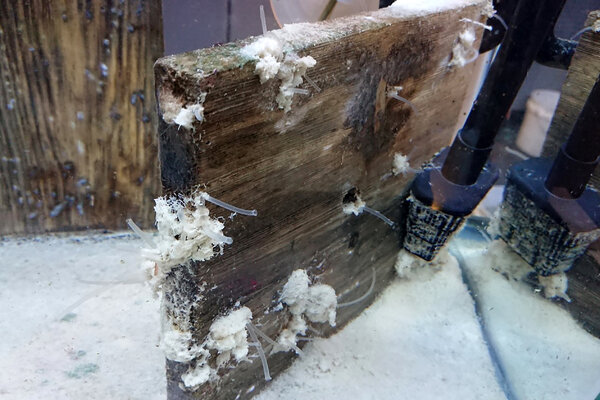 When Dr. Shipway analyzed his footage, there were certain scenes he kept replaying. In one of them, which he nicknamed “The Wipe,” a shipworm bungled its attempt to penetrate another shipworm, leaving its sperm slicked on the side of its would-be mate’s incurrent siphon, which a third shipworm quickly and delicately wiped away. (Dr. Velásquez also rated The Wipe as the most memorable scene.) In another sequence — “The Smack” — a shipworm trying to pseudocopulate with another shipworm is batted away by a third shipworm.

In these cases, although the shipworms’ behaviors may look coordinated, it is hard to know whether their movement is intentional, or just the serendipitous outcome of random siphon flailing, or another behavior altogether. “Was it being clumsy? Am I anthropomorphizing it?” Dr. Shipway wondered aloud about The Wipe.

To Ms. Treneman, the most intriguing aspect of this study were the questions it raised about shipworm perception: whether and how the animal can locate and identify the siphons, and sexes, of other shipworms. “How can they even perceive what the competitor is doing?” Ms. Treneman said. “They are inside the wood.” The answer may involve the shipworm’s sensory papillae, fleshy bumps on the excurrent siphons of the animal that become erect during pseudocopulation, Dr. Distel said.

In the future, Dr. Shipway hopes to secure funding to study pseudocopulation more formally, with discrete numbers of shipworms spaced apart in the tank to see how they interact, and perhaps to sleuth out whether The Wipe is an ingenious strategy or a wiggly fluke. He believes unlocking the secrets to shipworm reproduction will help scientists understand how wood is recycled in the oceans, as the mollusks play a crucial role in the global carbon cycle.

Back in Oregon, Ms. Treneman plans to collect more of her shipworm panels this week and bring them back to her lab to try and see the action for herself. She’s keeping her eyes out for The Wipe.