Engineers are working hard to fix what has been described as a “technical issue” with the equipment designed to save a pilot and crew during an emergency. The aircraft were grounded on Friday for all but essential flying and saw the display team have their issue resolved later in the evening, once again being given the all-clear to fly.

The disruption meant the Red Arrows cancelled an air display on the final day of the Farnborough Air Show but they will be flying in Scotland and Ireland over the weekend.

Checks on the Typhoon continue into the weekend, and it remains unclear as to when standards will be met in order to allow the aircraft to fly again.

The Royal Air Force took the decision to ground the iconic aircraft in what is a relatively rare occurrence.

All Typhoon training and exercises have been paused until the all-clear is given, but pilots using fast jets on operations will continue to fly despite the risk. 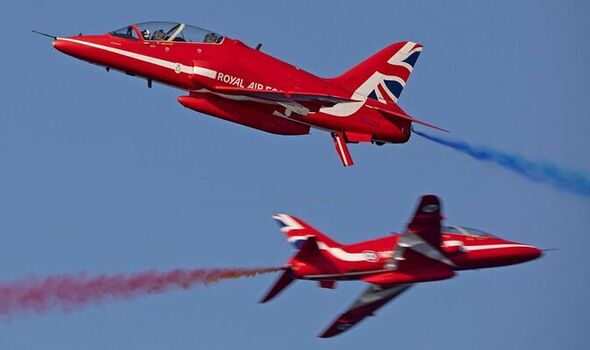 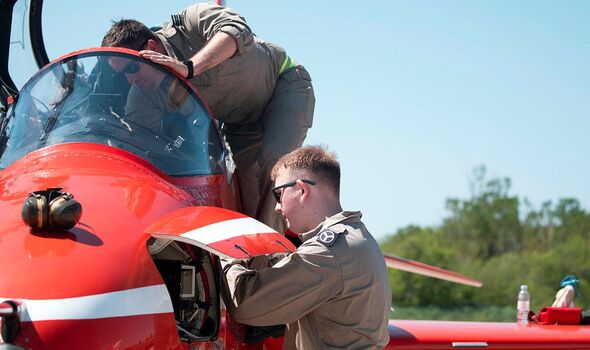 The ban on flying includes all scramble aircraft designed to intercept hostile targets above Britain, as well as jets deployed to Romania to aid in the protection of skies above Eastern Europe as part of a wider NATO project.

However, in the event of a genuine threat, an RAF source said: “If some baddies come over the horizon we would be up to shoo them away.”

On Friday evening, an RAF spokesperson said: “After further detailed technical investigations, we are pleased to announce that the Red Arrows have been cleared to resume activity immediately.

“This will have no impact on our operational security, with our patrol flight commitments to UK and NATO being met.” 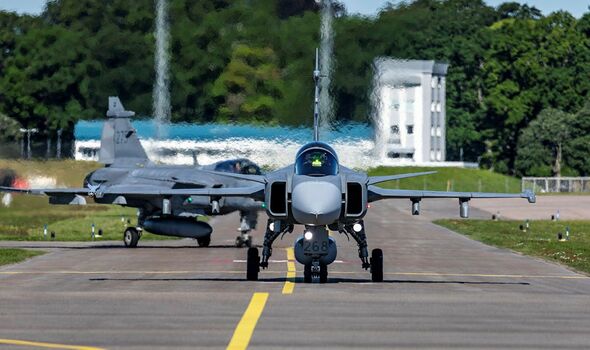 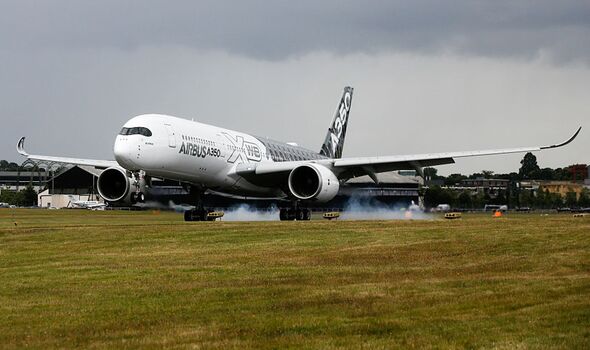 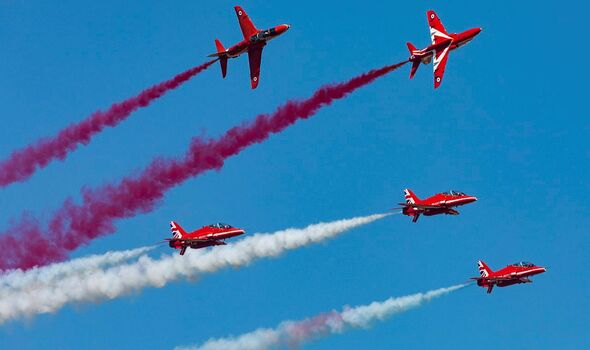 The air force had earlier released a statement over the social media site Twitter to reveal the aircraft had been temporarily grounded.

It read: “We have been notified of a technical issue which may affect the safe operation of our ejector seats in Typhoon and Red Arrows aircraft.

“We have paused non-essential flying as a temporary safety precaution until the situation is better understood.”

The RAF has suffered a number of setbacks in recent days.

Scorching temperatures earlier in the week saw flights to and from RAF Brize Norton cancelled as the runway “melted” in the extreme heat.

Farnborough Air Show also saw aircraft forced to perform “long landings” in order to avoid unnecessary pressure on the tarmac caused by heavy breaking required for short landings, which although looks spectacular to crowds, cause the asphalt to ripple when soft from the heat.

Today, the Red Arrows display team can be enjoyed at the Making Waves Festival in Scotland.

Sunday will see the team cross the Irish Sea into Ireland for the Bray Air Display.