This year’s Pink Moon is an extra-special affair as it promises to be a slightly bigger and brighter Supermoon. The unusual name is given to Full Moons that appear near or at the Moon’s lowest orbit of Earth – lunar perigee. Express.co.uk explains everything you need to know about this Pink Moon.

When is the Pink Supermoon this year?

Because the Moon does not glow with light of its own, it instead relies on the Sun to guide us at night.

A Full Moon appears when the Moon and Sun are perfectly lined up and the lunar disk is completely illuminated.

And though in purely astronomical terms this only lasts a brief moment, the Moon will appear full to the naked eye for at least three nights centred on the peak.

Astronomers estimate the Pink Supermoon will hit peak brightness at 4.31am BST on Tuesday, April 27. 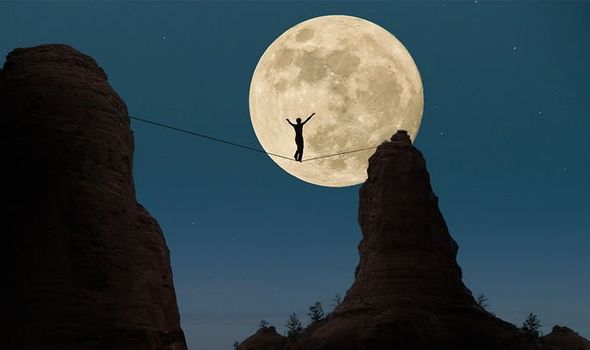 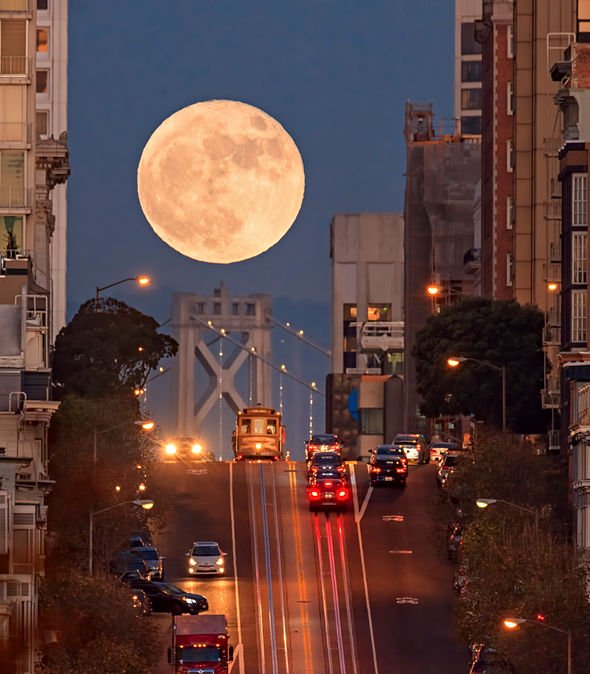 However, depending on your location, you might see the Full Moon’s peak on Monday night.

Gordon Johnston, program executive at NASA HQ, explained: “The next Full Moon will be late Monday night, April 26, 2021, appearing opposite the Sun in Earth-based longitude at 11.32pm EDT.

“This will be the next day from the Atlantic Daylight Savings timezone eastward across Africa, Europe, Asia, and Australia to the International Date Line.

“Most commercial calendars are based on Greenwich Mean Time (GMT) or Coordinate Universal Time (UTC) and will show this Full Moon occurring on Tuesday, April 27, 2021.”

How often does the Pink Moon happen?

Although Supermoons are a fairly rare affair – only three to four Supermoons a year – Full Moons visit us much more frequently.

And the Pink Moon is just that: a regular Full Moon with an unusual name.

Full Moons mark the halfway point of the lunar cycle, which lasts about 29.53 days.

A Full Moon typically appears once a month although an extra Blue Moon slips into the calendars every two to three years. 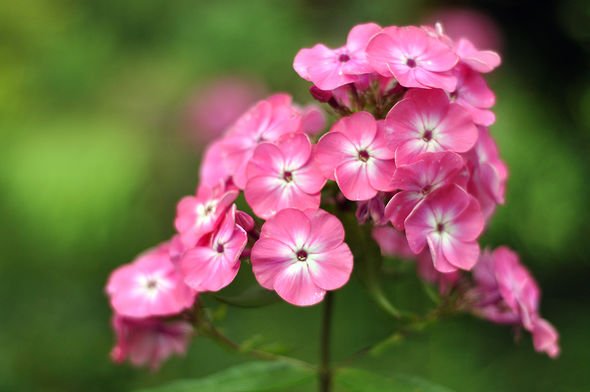 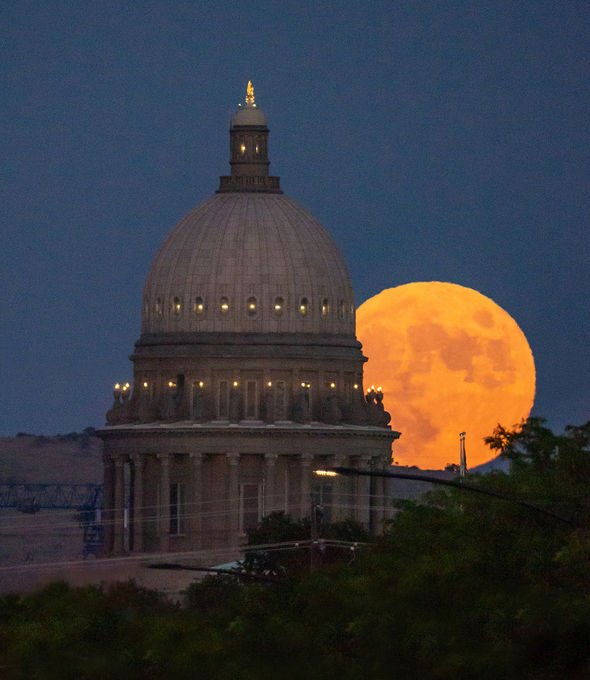 Pink Moon is the name traditionally given to April’s Full Moon, although it is also known as the Egg Moon, the Fish Moon, or the Sprouting Grass Moon.

These names are said to originate in Native America where different tribes would name the Moon’s full phases to keep track of the time.

According to the Amy Nieskens of The Old Farmer’s Almanac, the Pink Moon is named after a type of flower that grows in the spring.

She said: “April’s Full Moon is known as the Full Pink Moon because it heralded the appearance of wild ground phlox or moss pink, one of the first spring flowers.

“It is also known by many other names to herald the coming of spring, including the Sprouting Grass Moon, the Egg Moon and the Fish Moon.”

How much bigger will the Supermoon be tomorrow?

Supermoons can appear up to 14 percent bigger and 30 percent brighter than a Micromoon – a Full Moon at apogee, or highest orbit.

To the naked eye, however, the difference can be hard to make out.

The Old Farmer’s Almanac explained: “On average, Supermoons are about seven percent bigger and about 15 percent brighter than a typical Full Moon.

“However, unless you were to see a regular Full Moon and Supermoon side by side in the sky, the difference is very, very difficult to notice.”