Period-tracking apps may share information with Facebook about when you last had SEX and what contraception you use, watchdog warns

Apps that allow women to track their periods are sending deeply personal data on sexual practices and health to Facebook, a new report has warned.

Privacy International, a UK-based watchdog, found that at least two period-tracking apps sent information directly to Facebook, including when the user last had sex.

Other details sent to the social media giant include women’s use of contraception, the timings of their monthly periods and their moods.

The apps mentioned in Privacy International’s report are Maya, which has been downloaded more than five million times on Google Play, and Mia Fem, which has more than two million users around the world.

The data is sent to Facebook through its Software Development Kit, which allows developers to monetize their apps by collecting data for targeted ads. 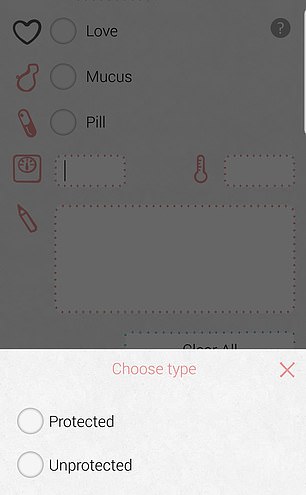 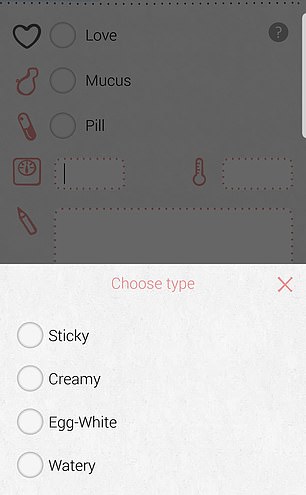 Maya asks its users whether they have had sex recently and whether they used protection or not (left). It also asks them to describe their mucus (right) 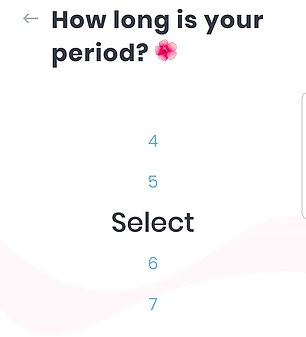 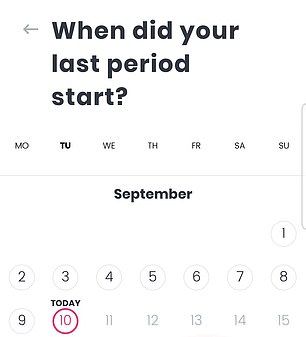 The apps mentioned in Privacy International’s report are Maya, which has been downloaded more than five million times on Google Play, and MIA Fem (pictured), which has more than two million users around the world. Both track women’s periods

Much of the data is self-recorded by people who use the apps for several reasons, including tracking their periods and improving their chances of conception.

Maya is owned by Indian firm Plackal Tech while Mia Fem is owned by Mobapp Development Limited, based in Cyprus.

Privacy International found that both apps in question, Maya and MIA, started sharing data with Facebook as soon as the user installed them on their phone and opened them.

According to Buzz Feed, the report read: ‘When Maya asks you to enter how you feel and offers suggestions of symptoms you might have — suggestions like blood pressure, swelling or acne — one would hope this data would be treated with extra care.

Maya asks its users about their use of contraception, their mood and when they last had sex.

There is even a diary section which encourages users to write notes on their health.

Both apps (pictured is Maya) are sending personal data on sexual health to Facebook through its Software Development Kit, which allows developers to monetize their apps by collecting data for targeted ads 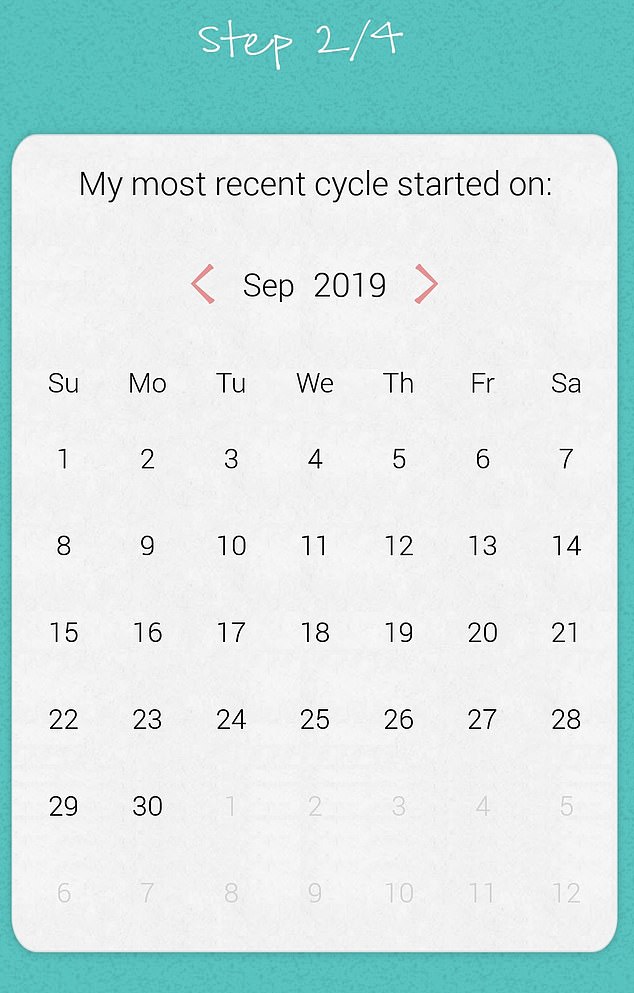 Maya asks its users about their use of contraception, their mood and when they last had sex

MIA Fem sees users answer questions on smoking, the amount of coffee they drink and even tampon use.

This information is not shared with Facebook immediately but it allows the app to recommend specific articles to the user, with those articles then being shared with the social network.

Knowing a person’s mood or whether they are pregnant or not allows advertisers to personalise ads based on shopping habits.

This brings in revenue for the app and its developers but has raised questions of privacy and security.

Deborah Peel, a psychiatrist and founder of the nonprofit Patient Privacy Rights, warned that people just expect their health data to be protected by the same laws that protect their health information in a doctors office.

However, many apps aren’t subject to the same data laws.

She added: ‘Most people would want to make their own decisions about what’s known about their sex life, about whether it’s shared or not.

‘Right now we have no ability to do that.’

A Facebook spokesperson told Mail Online: ‘Contrary to BuzzFeed’s reporting, our terms of service prohibit developers from sending us sensitive health information and we enforce against them when we learn they are.

‘In addition, ad targeting based on people’s interests does not leverage information gleaned from people’s activity across other apps or websites.’

The company added that its terms of service stop app developers from sharing health or sensitive information.

Mail Online has contacted the developers of both apps for comment.

This he refers to as ‘interoperability.’

This could mean, for example, that users set messages to auto-delete after a month or even a few minutes.

‘Interoperability’ will ensure messages remain encrypted even when jumping from one messaging service, such as WhatsApp, to another, like Instagram, Zuckerberg says.

Facebook also hopes to improve users’ trust in how it stores their data.

Zuckerberg promised the site ‘won’t store sensitive data in countries with weak records on human rights like privacy and freedom of expression in order to protect data from being improperly accessed.’