Don’t let the cat out if you want to stay disease-free, as researchers warn that outdoor roaming pet cats are three times more likely to carry infections

If you think letting your cat out to play is good for its health think again as the chances are it’s also picking up contagious diseases.

Domestic cats that roam freely outdoors are three times more likely to pick up an infection that develops into disease than indoor-only cats, a study has found.

Such infections include the parasite Toxoplasma Gondii, which can spread to cat owners and has been linked to depression and schizophrenia in humans.

Outdoor cats can also pick up roundworms, which may be passed on to children, causing fever, stomach pain and, in rare cases, seizures.

Researchers discovered that the risk was even higher in countries at higher latitudes due to higher infection from parasites in wildlife.

The authors said that cat owners should not only restrict the movement of domestic cats outdoors to protect their pets, but wildlife they come into contact with as well.

Kittens in particular should be kept indoors as they are more vulnerable to infection, they say. 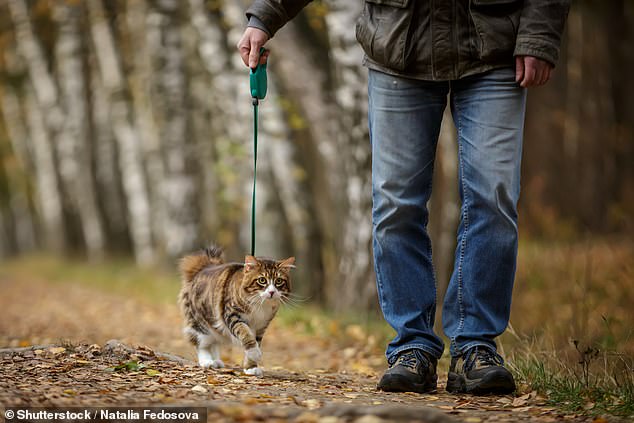 The literature review, conducted by Auburn University in Alabama, looked at evidence from 21 other scientific studies to determine the risk of infection in outdoor cats.

They found that outdoor cats are 2.77 times as likely as indoor-only cats to be infected with pathogens regardless of how transmission initially occurred.

Bacterial or viral infections picked up outdoors by cats via touch, saliva or from the air were all likely to develop into illnesses in the pet, say the researchers.

Often these infections are caught from infected wildlife and these risks were higher at higher latitudes due to greater parasitic infection rates in wildlife.

The researchers wanted to determine whether outdoor access is a significant risk factor for parasitic infection in domestic pet cats across 19 different pathogens.

The researchers say their study supports keeping cats indoors to reduce risk of transmission of pathogens that have implications for human, wildlife and feline health.

The researchers warned of the dangers of outdoor access for domestic cats.

Writing in study, they said: ‘Outdoor access is a significant risk factor for parasitic infection in pet cats.

‘Cats are common as pets around the world with an estimated 89– 90 million in the USA alone.

‘While we do not necessarily advocate that all domestic animals be restricted indoors, determining routes and risk factors of transmission with respect to environmental contact may be useful in mitigating parasitic infection in domestic animals.’

The full findings of the study were published in the journal Biology Letters.

WHAT ARE THE MOST COMMON PATHOGENS CATS CAN PICK UP?

One of the most common parasites in developed countries  that can cause mild flu-like symptoms in humans. It is estimated that up to half of the global population has been exposed to the pathogen and may be chronically infected with it.

Also known as the feline roundworm, it can infect small mammals such as Guinea pigs and the house mouse. It is one of the most common nematodes of cats, infecting both wild and domestic cats worldwide.

Adult worms are found in the gut of the host.

HONG KONG — Last year, hundreds of thousands of people took to the streets of Hong Kong to demand full democracy, many egged on by…