Almost 4,000 baby seals have been spotted on a five-mile stretch of coast in Norfolk – almost double the count from 2019.

Each year, the seal population between Waxham and Winterton attracts thousands of visitors as young seals are weaned before re-entering the sea.

So far, this seal watching season, a total of 3,796 seal pups have been born and 1,169 adults have been spotted. 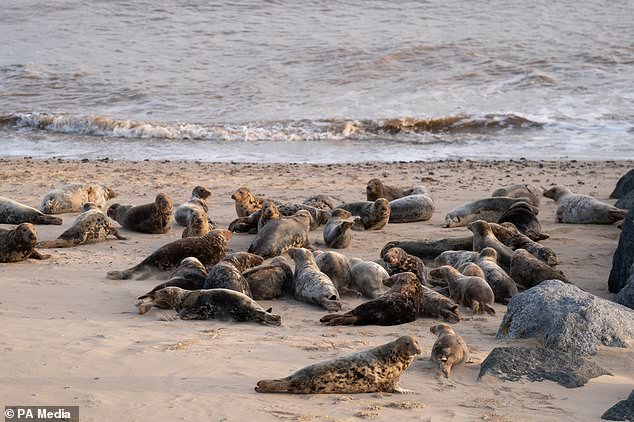 Almost 4,000 baby seals have been spotted on a five-mile stretch of coast in Norfolk – almost double the count from 2019

Peter Ansell, chairman of Friends of Horsey Seals, said: ‘It is a sign of a healthy colony.

‘It’s down to the fish, at the moment the North Sea is providing enough fish for thousands of seals, and this is a nice place for them to come ashore and do their breeding.

‘They are very popular with visitors, which is funny because they don’t really do anything, they come ashore and flop down and every few hours the pup nudges the mum for a feed.’ 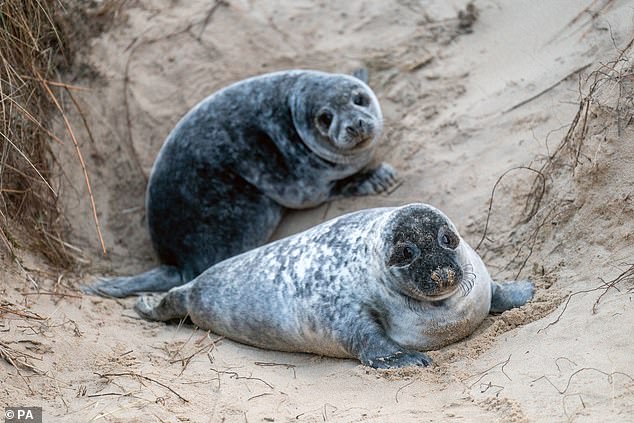 So far this seal watching season, a total of 3,796 seal pups have been born and 1,169 adults have been spotted. Pictured: Two grey seal pups on the beach at Horsey in Norfolk

How to see seals without disturbing them

Seals are wild animals, so it is best to follow these rules  if you find yourself on a beach with a seal, according to the Norfolk Coast information site:

Almost half of the global population of grey seals live around the British coast, with Norfolk being an important breeding site.

This is because it is home to flat beaches, shallow waters and high dunes, particularly around the Horsey and Winterton area, offering good conditions for female seals to give birth.

Seals can thrive in this part of the world as they have no predators hunting them and have little disturbance from humans.

The population rise was predicted by experts in the area last year.

During the 1980s a small proportion of seals were born in Blakeney Point in Norfolk but the population has since exploded, rising from 69 to almost 4,000.

National Trust ranger Carl Brooker told ITV News in 2021: ‘It’s absolutely incredible that we can see it growing and growing every year, because a lot of the time, particularly, if you read in the papers, a lot of it is doom and gloom – “we’ve lost this and we’ve lost that” – but you come to Blakeney Point and we’re gaining wildlife every year.’

There are concerns, however, that climate change may impact the future of the seal populations, due to flooding, which could impact the seals’ ‘fragile environment’.

Mr Brooker added: ‘If we get too many of these high seas and too much of these things happening in the winter, we are going to lose Blakeney Point.

‘It’s just a thing that we need to be most wary of. At the moment, we’re lucky and we’ve got loads of seals here, but it is a fragile environment.’ 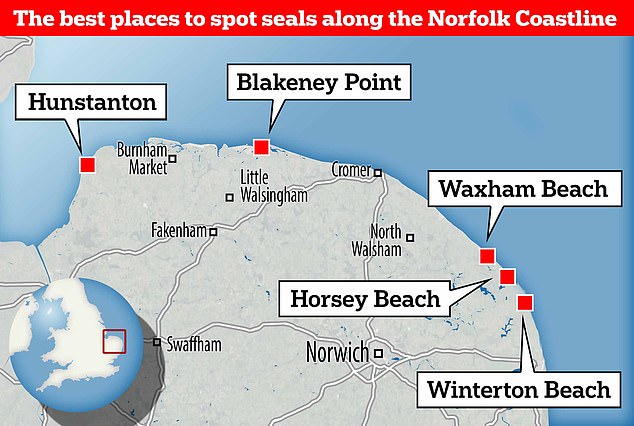 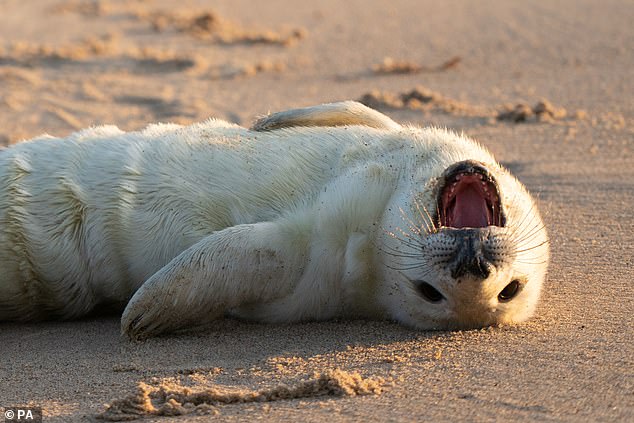 Almost half of the global population of grey seals live around the British coast, with Norfolk being an important breeding site. Pictured: A newborn grey seal pup on the beach at Horsey in Norfolk

Visitors are asked to keep at a distance and keep their dogs on a lead while the pups are ashore in the winter months until about February.

Norfolk is home to both Grey seals and Common seals.

Grey seals are generally bigger with specks on their coats, and have longer heads with parallel nostrils.

They spend most of their time lying on British beaches, out of the sea after feeding on fish.

According to the Wildlife Trust, in the early 20th century there were only 500 seals in and around Britain.

They are often found on sheltered shores and estuaries on sandbanks and beaches.

Common seals feed on fish like Grey seals but also each squid, mussels, crabs and whelks.

Born in the summer, their pups can swim when they are only a few hours old, according to the Wildlife Trust.

The best time to see seals at Blakeney Point is during the summer months, whereas the peak seal season at Horsey is during the winter birthing season.

Grey seals can be found all over the UK, whereas Common seals are generally found off the coast of Scotland, Northern Ireland and Teesmouth and eastern England.

Where to see wild seals in Norfolk

The North Norfolk Coast is one of the best areas in the UK to see seals.

These are the best places to spot them according to the Norfolk Coast information site: 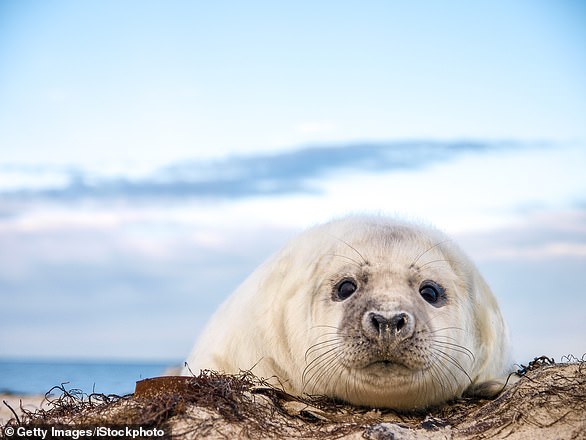 The Norfolk coastline is one of the best places to see seals in the whole of Britain. Pictured: A young grey seal waiting for its mother to return from sea