NASA astronauts Mike Hopkins and Victor Glover Jr conducted a spacewalk on Monday to finish battery upgrades and install high-definition cameras outside of the ISS. It marked the 234th spacewalk in support of the space station’s assembly, maintenance and upgrades. Even though they began their mission later than expected, the pair worked through their list of tasks quickly and completed some other duties planned for future spacewalks.

The space agency streamed the six-and-a-half-hour mission on its YouTube channel – where eagle-eyed conspiracy theorists often sensationally claim they have spotted UFOs.

But on August 19, 2013, it was Chris Cassidy who radioed Mission Control to report an “unidentified object” flying past him.

In the video, captured by the NASA astronaut, a small, round object can be seen making its way towards the artificial satellite as an orange glow trails.

Another angle reveals how the article seems to be moving upwards, before completely disappearing out of shot. 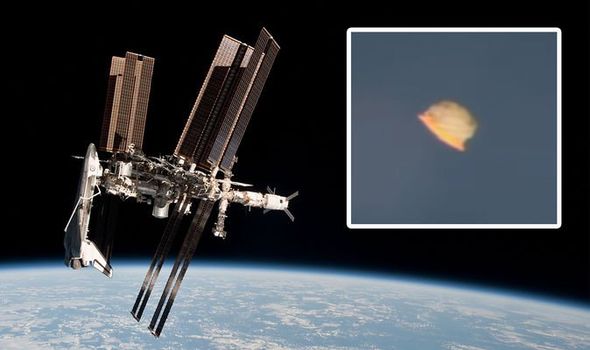 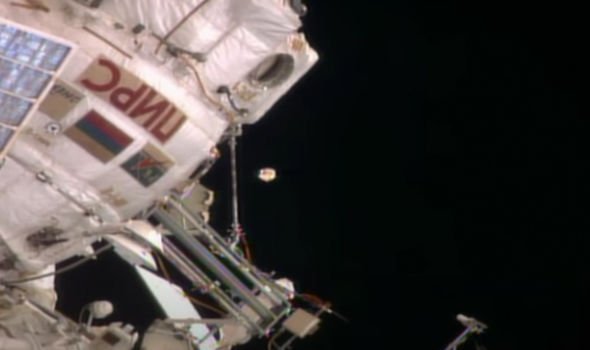 Sharing the footage on their YouTube channel, they said: “This morning, NASA astronaut Chris Cassidy noticed an unidentified object floating outside the space station, near the Progress cargo vehicle.

“He called down to Mission Control Houston and took some video of it.

“Russian ground controllers identified it as an antenna cover from the Zvezda service module.” 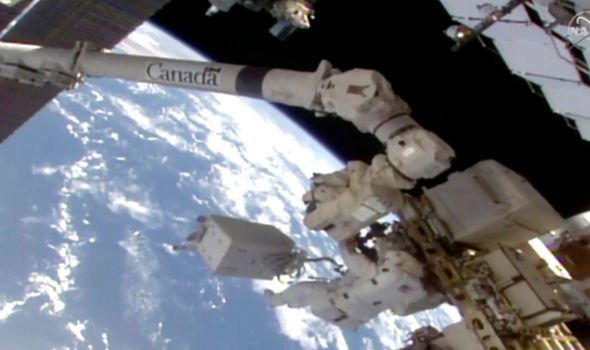 Despite this, the footage has racked up more than 720,000 views since and is still being debated.

One recent comment reads: “We should abandon all hope of ever being told the truth about anything.”

Another added: “More space junk that will someday collide with some of the other space junk and cause a major problem.”

A third queried: “What the heck is that thing?”

And a fourth claimed: “Another hoax from NASA.” 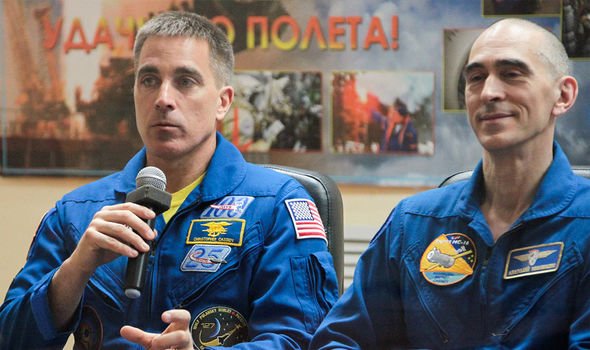 They will then connect the adapter to a battery all installed by a robot before this spacewalk started.

This was the final stage of work that began in January 2017 to complete the overhaul of the ISS’ ageing nickel-hydrogen batteries.

The astronauts then transferred to the space stations’ opposite side in order to concentrate on other important upgrades. 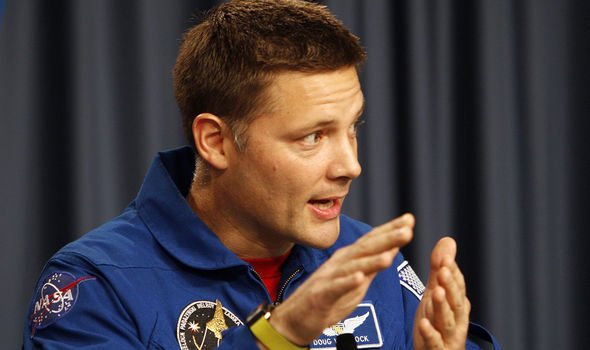 The pair were joined by NASA astronaut Shannon Walker and Japan Aerospace Exploration Agency astronaut Soichi Noguchi when they were ferried to the ISS last year aboard the SpaceX Crew Dragon Resilience.

They joined NASA’s Kate Rubins and cosmonauts Sergey Ryzhikov and Sergey Kud-Sverchkov, who were already on the station after arriving in October.

That same month, Mr Cassidy and his Russian colleagues Ivan Vagner and Anatoly Ivanishin returned to Earth after quarantining in space since April.

But Mr Cassidy is not the only astronaut to spot something strange during his time on the space station.

In February, cameras filmed a strange, cone-shaped object in orbit around Earth for more than 20 minutes, which quickly went viral on social media, with conspiracy theorists adamant it was proof of an extraterrestrial craft.

NASA discusses water on the moon in 2013

NASA astronaut Douglas Wheelock put the story to bed during a guest appearance on the Rick and Bubba show.

He said: “Not to disappoint those UFO fans out there but this is an IFO – an Identified Flying Object.

“We discard of our trash and equipment that has been put through its paces and has now been retired.

“Some of those things we bring back if they are useful and we can refurbish them, we bring those back in a vehicle that has a heat shield which protects it.

“We used to do that on the Space Shuttle and now we do it on the SpaceX vehicle that has a protective heat shield.

“But most of our re-supply capsules burn up in the atmosphere – they are completely disintegrated – sometimes we do that in a controlled capture, but sometimes things are jettisoned from the space station.”