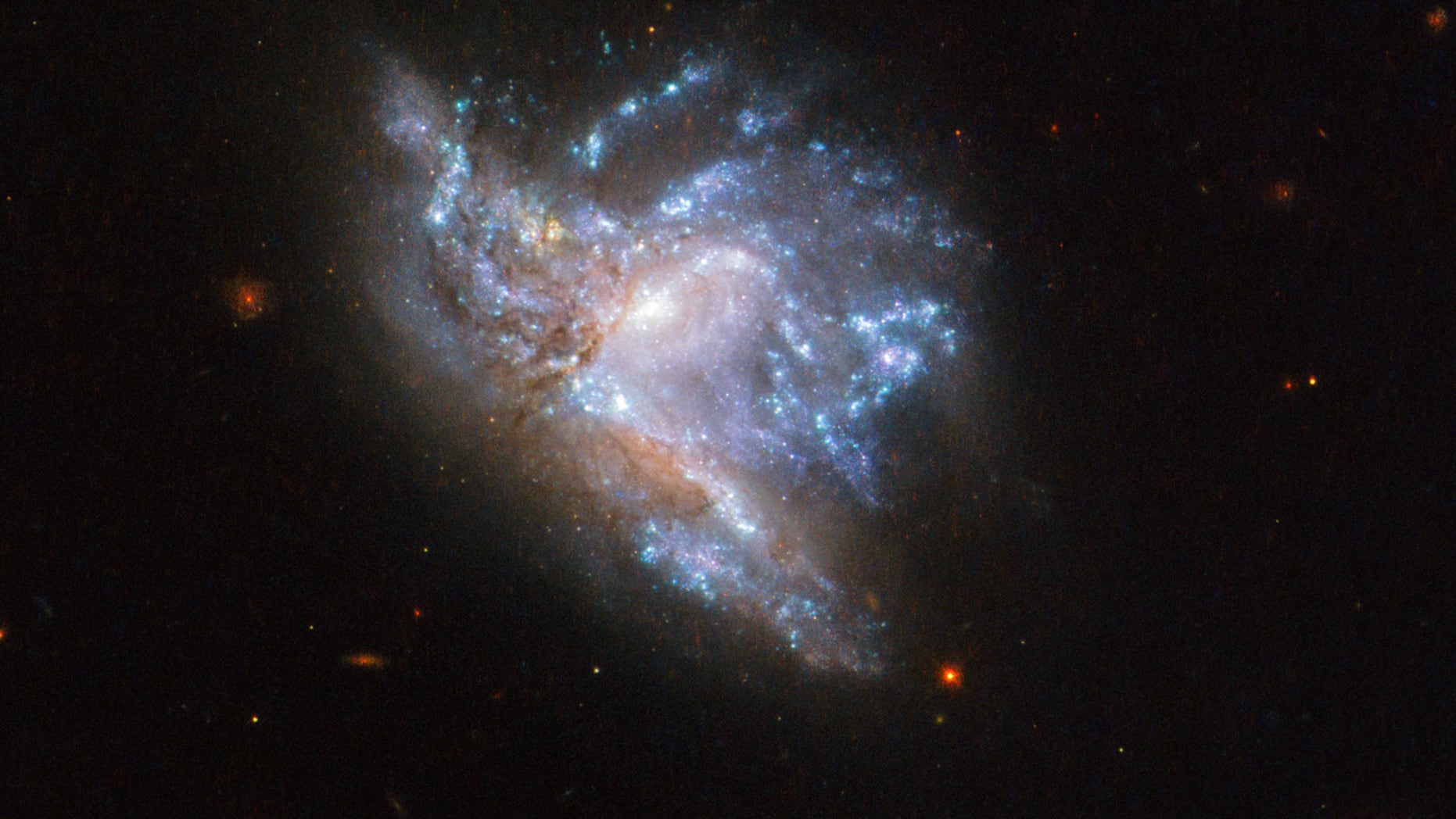 Located in the constellation of Hercules, about 230 million light-years away, NGC 6052 is a pair of colliding galaxies. They were first discovered in 1784 by William Herschel and were originally classified as a single irregular galaxy because of their odd shape.
(ESA/Hubble & NASA, A. Adamo et al.)

The galaxies, collectively known as NGC 6052, are located in the Hercules constellation, about 230 million light-years from Earth. They were originally discovered in 1784 by William Herschel. Initially, they were erroneously classified as one galaxy, due to their "odd shape," but over time, it was determined that NGC 6052 was actually two separate galaxies that are currently colliding.

"A long time ago gravity drew the two galaxies together into the chaotic state we now observe," NASA wrote on its website. "Stars from within both of the original galaxies now follow new trajectories caused by the new gravitational effects."

NASA continued: "However, actual collisions between stars themselves are very rare as stars are very small relative to the distances between them (most of a galaxy is empty space). Eventually the galaxies will fully merge to form a single, stable galaxy."

The government space agency added that the Milky Way will eventually collide with our closest neighboring galaxy, the Andromeda galaxy. However, for those worried this will happen in their lifetimes, they can sleep easy at night – it won't happen for another 4 billion years or so.