The ISS orbits Earth every 93 minutes, travelling at around 4.76 miles per second (7.66 kilometres per second), so astronauts have to be quick in order to get the perfect picture. And astronaut Jessica Meir did not miss her chance as she travelled above a deserted land mass which could easily be mistaken for the Moon or Mars. However, the extraterrestrial-looking terrain is actually a lot closer to home, with the image taken being the Pinacate Peaks in Mexico, snapped 410 kilometres above the surface.

The Moon-like surface was also an opportunity to reiterate that NASA is sending humans back to the lunar satellite, and this time for good.

Ms Meir uploaded the image to Twitter, along with the caption: “Nope, not the #Moon, it’s Pinacate Peaks in #Sonora #Mexico.

“NASA astronauts trained here, given the terrain’s similarity to the lunar surface. As we prepare to return to the Moon, crews will once again train in sites like this.” 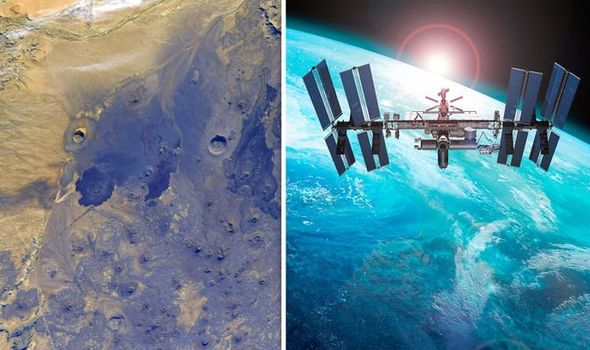 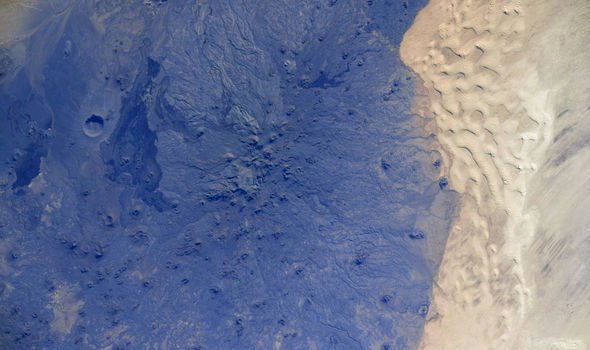 The pair were tasked with replacing an ISS power controller that had failed. After the historic mission NASA chief administrator Jim Bridenstine said that it could be women who will be the first humans to set foot on Mars.

Mr Bridenstine said: “We could very well see the first person on Mars be a woman.

“I think that could very well be a milestone.

“If my 11-year-old daughter has her way, we’ll have a woman on Mars in the not-too-distant future.” 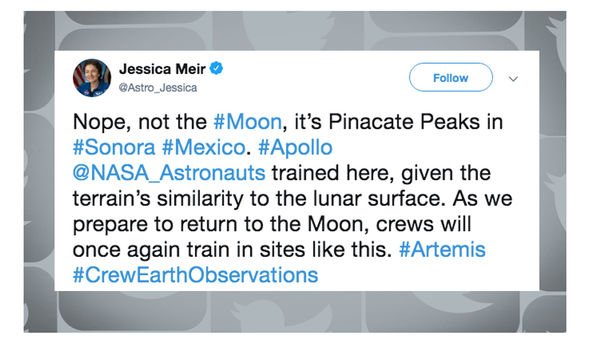 NASA will send humans back to the Moon in 2024, where the first returning astronauts since 1972 will be tasked with establishing a lunar base.

Mr Bridenstine made the announcement that he wants to set up a lunar colony and called on “the best and brightest of American industry to help design and develop “human lunar landers”.

The base would be used as a checkpoint between Earth and Mars while also allowing astronauts to study the Moon in close detail.

The space agency is also upping the ante in its bid to get humans to Mars. 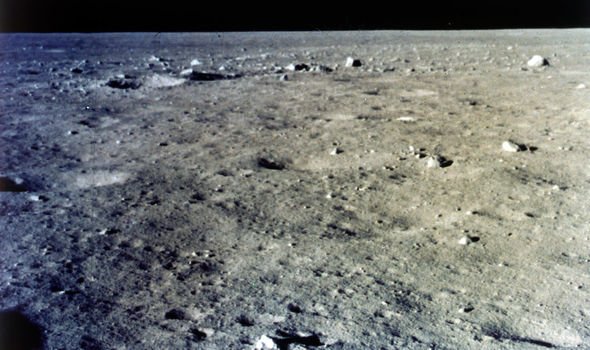 NASA will launch the Mars 2020 rover this year, which will explore the Red Planet as preparation for humanity’s arrival, which could happen in the next decade.

NASA said: “NASA’s latest mission to Mars – a mission that will receive a new name before launch – will be the latest rover to head to the Red Planet, but it’s not going alone.

“To aid it in its exploration, it’s carrying the first helicopter that will fly on another planet.”