NASA has found the Moon’s pockmarked surface is an ever-changing landscape of cracks, wrinkled ridges and basins. An expansive survey of more than 12,000 lunar images proves the surface of the Moon is constantly cracking and shifting under stress. The NASA survey has tracked new landscapes features in the northern parts of the Moon, in a basin known as the Mare Frigoris. The features, which include trenches and scarps, are the result of the Moon’s crust shifting and grinding against itself.

NASA’s Nathan Williams, who led a study into the Moon’s tectonic activity, said: “The Moon is still quaking and shaking from its own internal processes.

“It’s been losing heat over billions of years, shaking and becoming denser.”

As the Moon’s surface shrinks, parts of it break and move against neighbouring sections of the crust.

NASA likened the effect to a car tire shrinking in the winter – as temperatures drop, the air trapped inside the tire contracts to create a “squishier” tire surface. 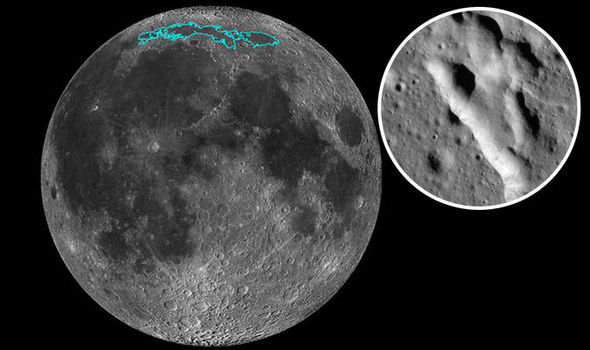 Similar tectonic activity on Earth has produced mountains over billions of years but can also result in earthquakes and tsunamis on a much shorter scale.

However, unlike the Earth, the Moon does not have individual tectonic plates which move around.

Instead, all of the activity is caused just by the Moon losing heat over long periods of time.

And the process has produced “wrinkled ridges” of curved hills and shallow trenches in Mare Frigoris over the last 4.5 billion years.

The Moon is still quaking and shaking

NASA said in a statement: “previous research has found similar surface features in the Moon’s highlands, but wrinkle ridges have never been seen in basins before now.

“For this study, Williams and his co-authors focused on a region near the Moon’s north pole called Mare Frigoris, or the Cold Sea.

“The study estimates that some of the ridges emerged in the last billion years, while others may be no older than 40 million years old. 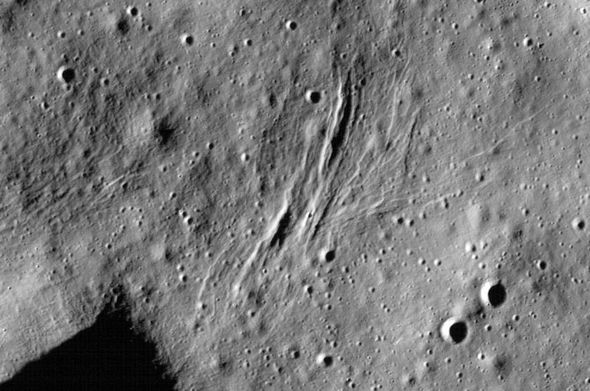 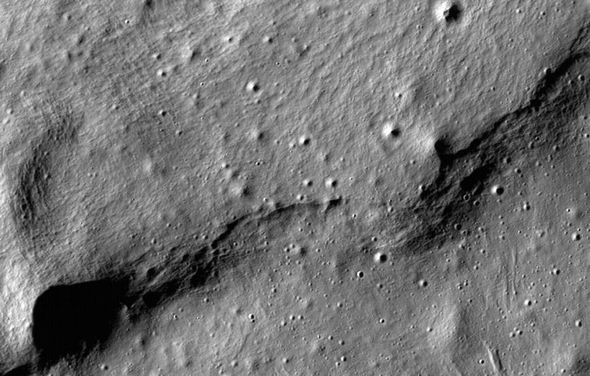 “That’s relatively fresh in geologic terms; previous studies have estimated these basins all stopped contracting about 1.2 billion years ago.”

Some of the most prominent features in Mare Frigoris measure up to an incredible 250 miles (400km) in length – more than the distance from New York City to Washington DC.

The tectonic movements have also pushed these features as high up as 1,000ft (333m) into the sky.