A new class of digital health companies could soon hit the public markets.

At least four health-tech firms, worth a combined $7.6 billion, are reportedly gearing up for initial public offerings this year.

The wave comes after a lack of digital health IPOs for the past few years. The last digital health IPO came in 2016 when thecardiac monitoring company iRhythm went public. Privatehealth-tech companies have racked up big valuations in recent years, but few have gone public.

Among the companies that are laying plans to go public:

It’s coming at a critical time for the market. Startups looking to apply technology to the healthcare industry raised about $14 billion in 2017 and 2018 combined from investors, but that funding seems to be slowing down this year. According tofigures compiled by Rock Health, investments in digital health for the first quarter of 2019 were a little under $1 billion, a much slower pace.

With the window seemingly reopening, we asked five VCs what they think about it.

Here’s what they said.

Read more: Why insurers are beginning to embrace billion-dollar healthcare startups like SmileDirectClub and Warby Parker

Digital health is ready for the public markets again 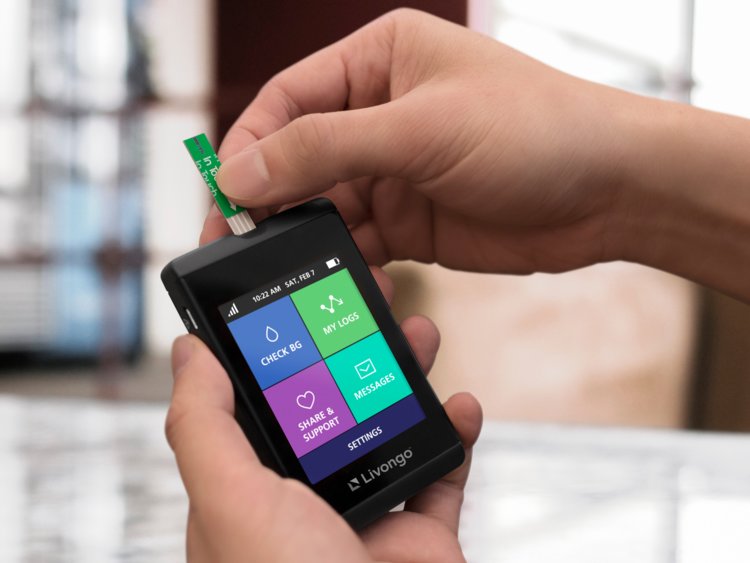 The first group of companies focused on building out the core infrastructure of a digital healthcare system, like electronic health record software. With a few exceptions, like health IT companies Epic and Cerner, most of those companies never had a chance to get too big.

“There’s a view now that we’re starting to see the first digital health companies get built that can grow to be really large companies,” Conde said. Conde isn’t invested in any of the companies immediately looking to IPO, though Andreessen Horowitz is invested in Omada Health, a competitor to Livongo.

In the time since the initial wave of digital health companies, a lot more of the “connective tissue” in healthcare has been built for companies to exist on top of, he said.

In part, that’s because the nature of the companies has changed. For companies like Livongo or SmileDirectClub, software is just one component of the business.

Graham Brown, a partner at Lerer Hippeau, sees it as a moment when digital health is getting to scale, pointing in particular to SmileDirectClub.

“I think it’s in part that you have models that have high consumer appetite and the ability to monetize well in a way that people hadn’t approached before,” Brown said.

“It’s going to take longer for people to do that in healthcare, but I think it’s now happening more and more and you’re seeing some of those companies taking off,” Brown said.

How long the window will remain open for IPOs is another question.

GV general partner Krishna Yeshwant has seen a lot of biotech companies that he’s invested in — including Gritstone Oncology, Alector, and Magenta Therapeutics — go public in recent years. The biotech IPO market window, unlike the digital health market, has beenopen for a while.

When it comes to biotech companies going public, he sees it as more of a way to raise more money rather than a big, transformational moment in the company’s story.

Gritstone, for instance, is still in the early stage of developingpersonalized cancer treatments, and the company still needs to get through its clinical trials. It raised $100 million in its September 2018 IPO, while it was still in its pre-clinical stage of development for its treatments. Since then,it’s moved into human trials.

When it comes to the digital health world ( in which he’s invested too), he sees health IT as a good spot to be in. GV is not invested in the four health-tech companies looking to go public.

“As with so many things with the digital health realm, I think the right companies end up being entrerprise IT companies,” Yeshwant told Business Insider. That’d be companies like Health Catalyst.

In the end, the success of the digital health IPOs will hinge on the performance and prospects of each individual company.

“All these things are going to come down to whether or not they’re good businesses,” Lux Capital managing partner Josh Wolfe told Business Insider.

He pointed to the case of Zoom’s recent IPO, compared to Lyft and Uber. For video-conference company Zoom, the success is driven by the fundamentals of its business. The company’sshares have surged since they were offered for $36 apiece in April.

Shares of Lyft and Uber have bothstumbled since their IPOs.

Adam Goulburn, a partner at Lux, said he’s interested in seeing the financial information that companies like Livongo and Health Catalyst will have to disclose when they go public. He figures the companies will need to show strong financials to go public.

“It’s going to be interesting with Livongo and Health Catalyst to see the economics and their financials,” Goulburn said. “They’re going to be much more business rather than vision driven.”