NASA Administrator Bill Nelson has cosmically grand plans for the agency, including a trip to Venus, an advanced look at the Earth using 3D technology and landing humans on Mars.

While DAVINCI+ will study the planet’s atmosphere, which could shed light on whether Venus once had an ocean, VERITAS will focus on the surface in the hopes of learning “why it developed so differently than Earth.”

Magellan, the last U.S. mission to Venus, ended in 1994 after the imaging spacecraft was commanded to plunge into the toxic atmosphere.

Speaking with Fox News on Thursday, Nelson said NASA will return there to better understand why Venus has a “very thick, foreboding, unforgiving atmosphere.”

“And so, what is it about the atmosphere of Venus that was created that way and what secrets are hidden underneath? And why is it so prohibitive that it will even melt lead at the surface? And these are the secrets. Since we haven’t been to Venus in 30 years, we want to unlock those secrets and try to understand the origin of the Earth and our habitable Earth and atmosphere.” 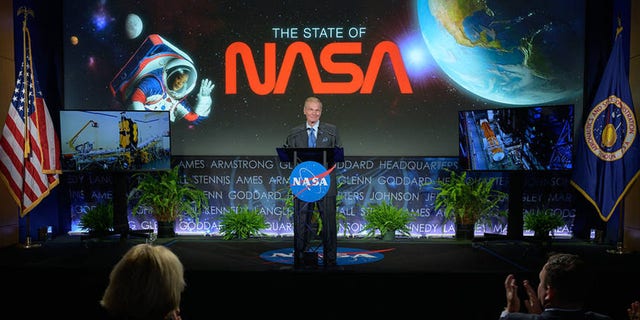 NASA Administrator Bill Nelson talks to the agency’s workforce during his first State of NASA event Wednesday, June 2, 2021, at NASA Headquarters Mary W. Jackson Building in Washington. Nelson remarked on his long history with NASA, and among other topics, discussed the agency’s plans for future Earth-focused missions to address climate change and a robotic and human return to the Moon through the Artemis program, as well as announcing two new planetary science missions to Venus – VERITAS and DAVINCI+. Photo Credit: (NASA/Bill Ingalls)

During his address, the administrator also discussed the long-awaited Artemis program, in which the agency plans to send the first person of color and the first woman to the moon by 2024.

Critics, however, have said NASA’s target date may be too ambitious, and a Government Accountability Office report released in May said that Artemis faces “technical risks as well as management issues.”

In his first interview as administrator, Nelson told The Associated Press in May that it was necessary to put a “dose of sobering reality” into the agency’s analysis of Artemis.

While the 2024 goal remains, Nelson cautioned that “space is hard.”

“And, we know when you’re cutting the edge of the envelope, the development of technology, the flying in a very unforgiving environment when safety is your primary concern — we know that often there are delays,” he said. “And so, too, we have to be brutally realistic that there may be delays.”

In addition to landing humans on the moon, Artemis will “establish sustainable exploration in preparation for missions to Mars.”

“The moon is only 250,000 miles from Earth. To go to Mars, you’re talking about millions of miles. And as a result, we can use the one-sixth gravity of the moon and learning how to live, how to acclimate, how to make fuel from the regolith of the moon, learning how to capture the water there and make fuel, in a preparation of how do we sustain human life for long, long-duration missions?” Nelson mused. “Not the three or four days to the moon and however long it is from there and back. But, we’re talking about years in order to get to Mars, stay there for a couple of years and get back. And so, we can learn a lot on the moon as we prepare to go to Mars.” 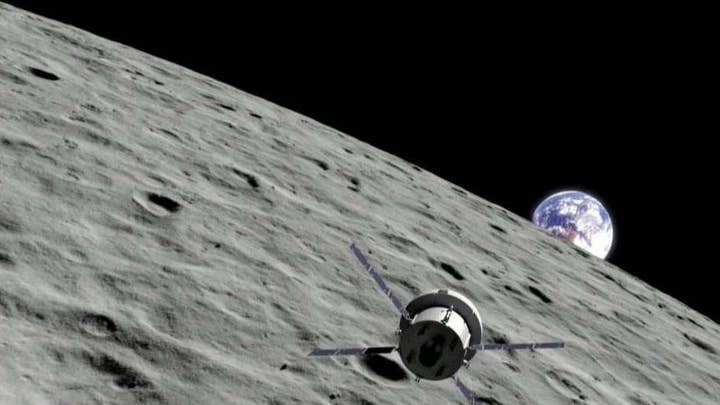 In May, NASA said it would design a new set of Earth-focused missions to provide critical information regarding climate, disaster mitigation and improving agricultural processes.

The Earth System Observatory’s satellites would work in tandem with others to “create a 3D view of Earth,” focusing on aerosols, clouds and precipitation, mass change, surface biology and geology and surface deformation and change.

Nelson said that while the agency already has “sophisticated instruments” in space taking measurements of the Earth that are “enhanced” by the measurements already taken by ocean buoys and airplanes that drop instrumented packages into hurricanes to the ocean floor, the five new major scientific observatories would “magnify” the effort.

“The first of which is one in January of ’23 that will be measuring earthquakes and lava flows and accretion and addition of shorelines and mountainous terrain. You add the rest of those over a decade, and you will create this 3D dimension of understanding how all of the items that we’re looking at inter-relate,” he said. “Land, water, atmosphere and ice.”

“When we have that comprehensive view, we can so much better inform what we are doing on Earth to be better stewards. How we can be more efficient — such as, with agricultural crops — and how we can preserve things, not only like agriculture, but how we can predict things that might be happening in the future, like drought, or insects or storms – whatever would plague us as Earthlings,” he said. “And, that’s what we’re doing over the next decade.”

In a recent release describing the Earth System Observatory, NASA said one of the first initiatives included a partnership with the Indian Space Research Organisation (ISRO) to measure changes in the Earth’s surface of less than half an inch using two different radar systems.