To cut the climate impacts of music, artists and bands should swap private jets for trains and festivals should be looking to generate more renewable energy.

These are among the recommendations of a new roadmap for ‘super low carbon live music’ published by experts from the Tyndall Centre for Climate Change Research.

The analysis was commissioned by the English electronic band Massive Attack — and based on data collected during their last tour back in 2019.

In response to the findings, Massive Attack have announced that they will be trialling a number of emissions reduction plans during their 2022 tour.

Following this, they will be bringing all of the findings together in a major UK testbed live show in order to encourage other artists to follow suit.

As much of reducing emissions is about cutting energy costs, the experts noted, such efforts might reduce the cost of putting on gigs — and associated ticket prices. 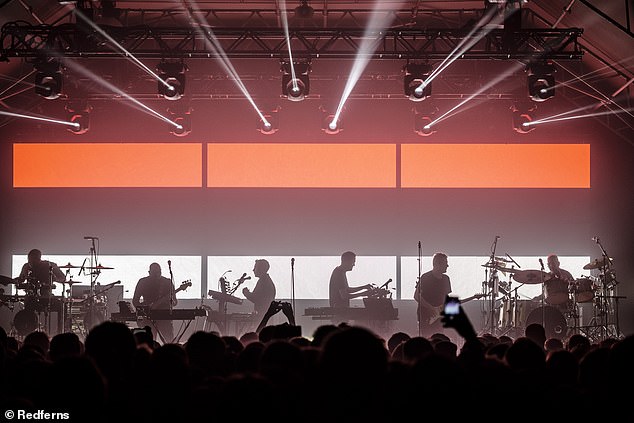 To cut the climate impacts of music, artists and bands should swap private jets for trains and festivals should be looking to generate more renewable energy. These are the recommendations of a roadmap for low carbon live music that was commissioned by the English band Massive Attack (pictured here playing the Tonhalle in Munich, Germany in 2016)

The roadmap has presented various ways by which live music shows might reduce their carbon footprint.

According to Massive Attack’s Robert ‘3D’ Del Naja, the analysis has provided the music industry ‘with a comprehensive, independent, scientifically produced formula to facilitate industry compatibility with the Paris/1.5°C [2.7°F] climate targets.’

‘What matters now is implementation. The major promoters simply must do more — it can’t be left to artists to continually make these public appeals,’ he continued.

‘Our sector is operating in a government void. Nine weeks out of COP26, where is the industrial plan — or any plan at all — for the scale of transformation that’s required for the UK economy and society?

‘Fossil fuel companies seem to have no problem at all getting huge subsidies from government, but where is the plan for investment in clean battery technology, clean infrastructure or decarbonised food supply for [the] live music sector?’

The music industry, Del Naja explained, generates £4.6 billion for the economy each and employs more than 200,000 people.

‘But we know from our own experience of band travel via rail and the availability, now, of biogas HGV [heavy goods vehicle] technology that offers 90–95 per cent greenhouse gas emissions reductions — that immediate action is possible.’

In fact, he explained, switching to rail has slashed the band’s travel-related carbon footprint — their most carbon intensive activity — by 31 per cent.

He told BBC News that some carbon reduction concepts are already happening, only on too small a scale.

One idea, for example, is to make venues ‘plug-and-play’, so that bands can hire tech like sound systems locally, rather than bringing their own with them — thereby cutting down on touring production freight.

‘When we turn up at festivals, we use the same gear. We get on the same stage. Most of the stuff we use is pretty similar,’ Del Naja said. 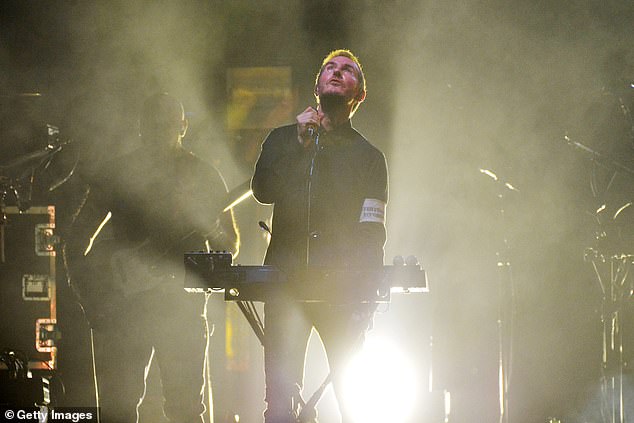 In response to the findings, Massive Attack have announced that they will be trialling a number of emissions reduction plans during their 2022 tour. Following this, they will be bringing all of the findings together in a major UK testbed live show in order to encourage other artists to follow suit. Pictured: Massive Attack’s Robert Del Naja performing live at the O2 Arena in the February of 2019

‘We hope that this roadmap can help to catalyse change by outlining the scale of action required and how this maps across the different elements of a tour’, said Carly McLachlan of the Tyndall Centre for Climate Change Research.

‘To reduce emissions in line with the Paris Agreement on climate change, touring practices need to be reassembled differently as the industry emerges from the significant challenges that the pandemic has created.

‘This starts from the very inception of a tour and requires the creativity and innovation of artists, managers, promoters, designers and agents to be unleashed to establish new ways of planning and delivering live music.’

Musical artists, Professor McLachlan told the BBC, have ‘really amazing platform to talk about these issues.’

However, she added, such advocates would need to practice what they preached and ensure that they were, for example, cutting down on air travel and working with partners to decarbonise the venues that they play.

The report has called for an independent, central body to monitor the progress that the music industry is making against ‘clearly defined, measurable targets’. 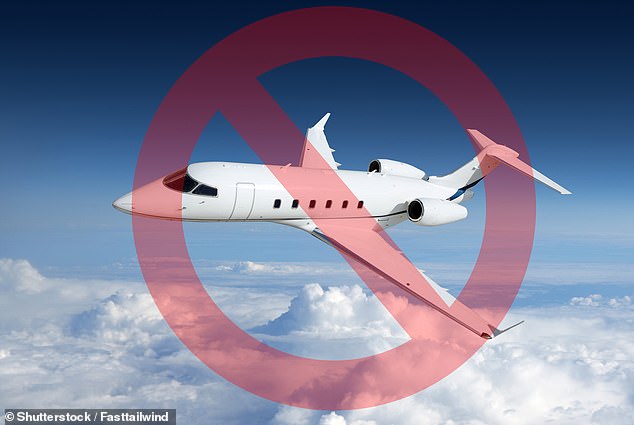 ‘We’re happy to be working with Massive Attack to facilitate rapid change in the live music world,’ said Mr Vince, who founded Ecotricity back in 1996.

‘Every section of society has to make positive changes, and gigs are no exception.

‘The partnership we’ve designed will allow venues and arenas to create and contribute more renewable energy to the grid every time they switch on their lights, or power an amp,’ he continued.

‘The staff training element can hard wire sustainability into every area of operations, and the vegan food option for back and front of house can make an immediate difference to our carbon impact.’

Massive Attack have said that they would want to see any transitions to a more low carbon music industry carried out in such a way that doesn’t disproportionately impact smaller, independent festivals and venues that have been hard-hit by COVID.

The full findings of the study were published on the University of Manchester website.