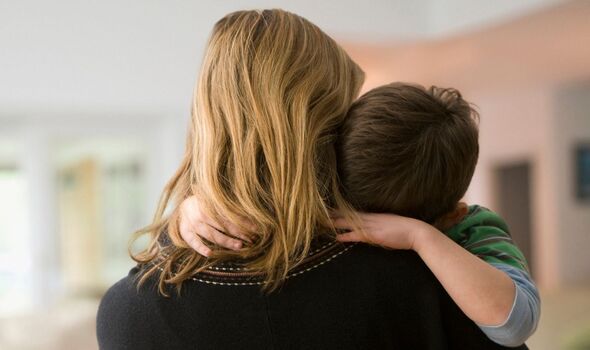 A mum has told how she regrets the name her husband chose for their son and that she feels “weird” every time she says it.

The woman said she and her husband could not agree on a baby name, but that she eventually bowed to his suggestion, “Cillian.”

However, despite regretting the now three-year-old’s name, she could never bring herself to change it, reports Wales Online.

She says every time she introduces her son, she feels weird saying his name and is sad that she has not been able to use one of her favourite names for her child.

Speaking anonymously on Mumsnet, she said: “We couldn’t agree on names, and I ended up agreeing to my husband’s favourite straight after a c-section.

“I had so much regret the year after he was born but could never quite bring myself to change it.

“I think if my husband had known I would still be agonising over it three years later he would have let me change it.

“I love names and have been thinking about them since I was a young girl so to not have been able to use my favourite names has really got to me.

“Every time I introduce him, I feel weird saying his name, and I feel regret that I can’t introduce a name I love.

“I adore my little boy so much and feel a lot of guilt about this.”

Users jumped to reassure the mum with advice and love for the name Cillian.

One said: “It’s just a perfectly normal name, so you have no reason to feel guilty.

“When you introduce him to people they won’t be thinking ‘WTF is that name’, it’s just his name.

“It might not be to your personal preference but there’s nothing extreme or ugly about it.

“If you have named him something random like ‘dog’ it would be different, but you’ve just given him a normal name, it’s fine.”

The anonymous mum continued to explain that she uses the nickname for him “Cilli”.

“We call him Cilli all the time, and it does suit him as he’s little and cute,” she said.

“But I worry about how it might get shortened or played with at school (kill or killer).

“He’s so shy, I often wish he was just called something simple.

“His middle names are family names – he could choose to go by one of them if he wanted but it would feel too strange to change it now.

“My husband is Irish, and whenever we go to Ireland, I love the fact he has an Irish name.”

Lots of users, commented to say that they “loved” the choice of name and the mum was grateful for the support for the moniker.

“It’s very useful hearing people say they love it, thank you,” she added.

A supporter said: “I think it’s lovely. Not too common (in England) but not totally out there/unusual either.

“I wouldn’t worry about the ‘kill’ sound, and it wouldn’t occur to me if I was introduced/heard his name.”

Another added: “A friend’s baby son is called Cillian and I love his name.

“I’ve noticed it popping up more and more recently, so it probably won’t be such a rare name when your son goes to school.”

One user shares the mum’s disappointment in not getting to use of her favourite name for her children.

They said: “I expect a lot of people have the same feelings as you when they didn’t get to use their favourite names, because most people have to compromise on something that they both agree on.

“If it helps, I was also disappointed not to use my favourite names, so I named my dog one of them and I genuinely love that I get to say his name a lot now, even if it’s a dog and not a little human. So, there’s an option for you.

“Cillian is a lovely name.”