More than HALF of dogs taken to the vet with heatstroke die, study warns as experts urge pet-owners to be careful as spring arrives and UK temperatures rise

More than half of dogs that are taken to veterinary clinics with severe heatstroke go on to die from the condition, according to a study.

However, researchers say the risks to the animals are much lower if cases are detected and managed earlier.

They are urging owners to be more vigilant in watching for early, more mild clinical signs of heatstroke so action can be taken before their pet’s condition worsens and becomes potentially fatal, particularly as the warmer months approach. 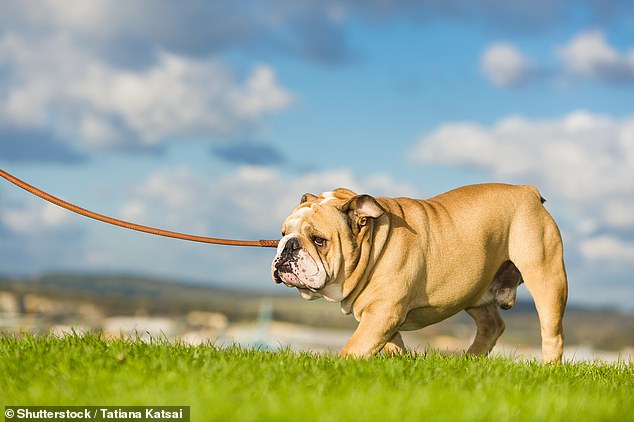 More than half of dogs that are taken to veterinary clinics with severe heatstroke go on to die from the condition, according to a study (stock image)

How to tell if your dog has heatstroke

Signs of heatstroke in dogs include:

Veterinary researchers at Nottingham Trent University and the Royal Veterinary College examined anonymised clinical records of more than 900,000 UK dogs as part of the VetCompass study.

They found that respiratory changes and lethargy were the two most common early signs of heatstroke.

Researchers say heatstroke is becoming an increasing problem for man’s best friend – particularly as global temperatures continue to rise – and cases are expected to become more common in the UK.

The study published in the journal Scientific Reports identified 856 heat-related incidents that required veterinary care over a two-year period, with scientists saying this makes it the largest study on heatstroke carried out in the UK.

It found that 111 (14 per cent) cases were categorised as severe, with a range of serious clinical signs such as seizures, vomiting and loss of consciousness.

Once dogs lost consciousness at that severe stage, they were 37 times more likely to die, the researchers found.

The study found that nearly all (98 per cent) the animals that presented for veterinary care with early signs survived.

Researchers say this is key because earlier recognition of milder signs allows owners to take decisive action such as contacting their vet, giving their dog a drink or cooling it with water, bringing it inside and stopping exercise. 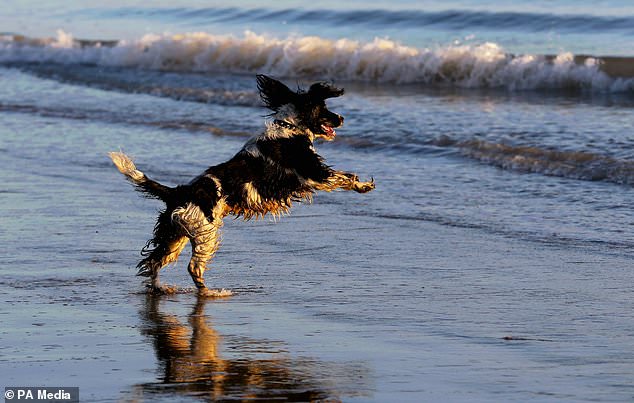 The study has also led to the development of a new grading tool that enables veterinarians to reliably categorise heatstroke cases into mild, moderate or severe grades.

Emily Hall, a veterinary surgeon at Nottingham Trent University’s School of Animal, Rural and Environmental Sciences, said: ‘Heatstroke is a potentially fatal condition inflicted on dogs and is expected to become even more common as temperatures continue to rise.

‘If the dog is not quickly cooled or treated by a veterinary surgeon, its condition can rapidly worsen.

‘It is vitally important that owners know to take action when their dogs show these milder signs, in order to prevent progression to heatstroke.

‘Once dogs get to that severe stage, it’s really a coin toss as to whether they will survive.

‘We hope the grading tool will be useful for veterinary surgeons as there has never been a clear definition for dogs such as this.’

WHAT ARE THE TEN COMMONLY HELD MYTHS ABOUT DOGS?

It is easy to believe that dogs like what we like, but this is not always strictly true.

Here are ten things which people should remember when trying to understand their pets, according to Animal behaviour experts Dr Melissa Starling and Dr Paul McGreevy, from the University of Sydney.

2. Not all dogs like to be hugged or patted

3. A barking dog is not always an aggressive dog

4. Dogs do not like other dogs entering their territory/home

5. Dogs like to be active and don’t need as much relaxation time as humans

6. Not all dogs are overly friendly, some are shyer to begin with

7. A dog that appears friendly can soon become aggressive

9. Sometimes a dog isn’t misbehaving, it simply does not understand what to do or what you want

10. Subtle facial signals often preempt barking or snapping when a dog is unhappy