The shiny metal monolith was discovered standing in a remote canyon in the Utah desert. The Utah Department of Public Safety (DPS) announced the find on Monday after Aero Bureau and wildlife resource officers counting bighorn sheep spotted the monolith and landed nearby to investigate.

The helicopter pilot Bret Hutchings was one of the first to examine the metal slab from up-close and estimated the monolith stands between 10ft and 12ft tall (approximately 3m).

Looks 100 percent alien to me

Mr Hutchings told local news station KSLTV: “I’m assuming it’s some new wave artist or something or, you know, somebody that was a big 2001: A Space Odyssey fan.”

The DPS said there was “no obvious indication” of who put it there, leaving the monolith’s origins a mystery for the moment.

However, conspiracy theorists were quick to suggest far more outlandish ideas about the object’s origin. 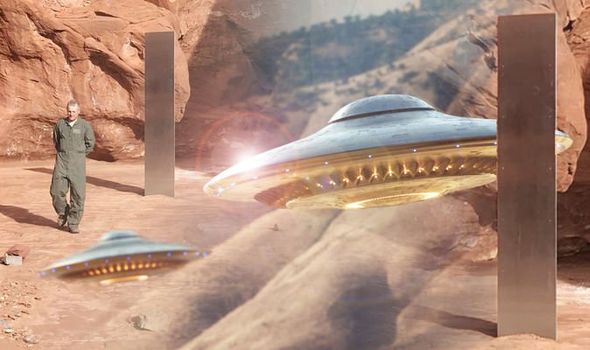 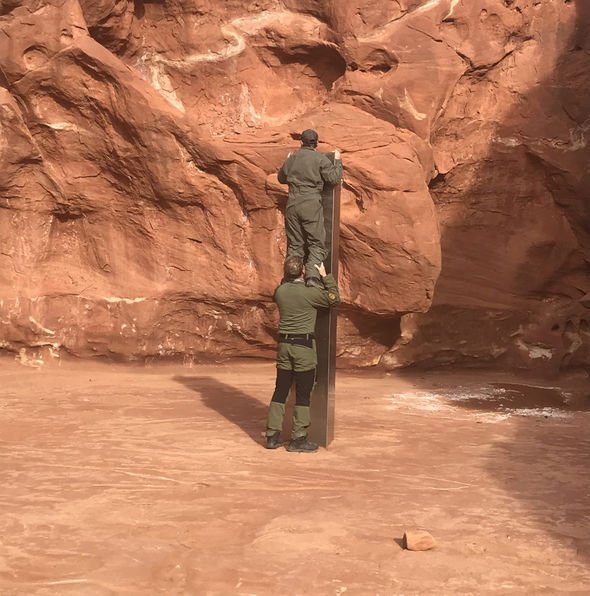 He wrote on his UFO Sightings blog: “I notice that at the base of the monolith, no dirt was disturbed or misplaced, piled or mounting about.

“The metal monolith was just sticking out of the desert floor and no explanation of how it happened or why it took place.

“This could be the first signs of an alien base under the ground or a sign that alien needed an antenna-like device to allow other aliens to homier on their location – looks 100 percent alien to me.” 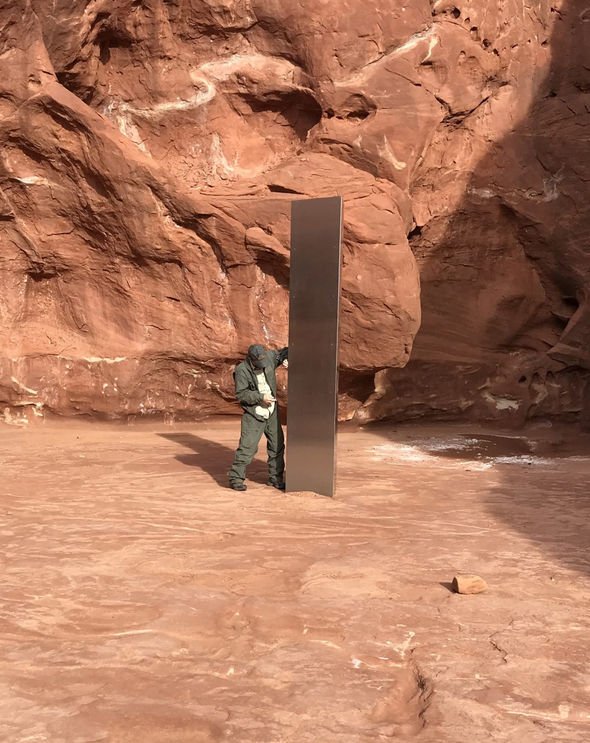 And despite the lack of evidence to substantiate these claims, several other conspiracy theorists weighed in with their ideas about the structure.

JT tweeted: “So interesting. Will this be the final blow 2020 gets – Aliens?

“Underground intelligent race? Where the hell did that thing come from?”

And social media user Carla also appeared convinced by the conspiracy theory, tweeting: “The aliens are here and they’ve been here for a while, I’m telling you.”

The tall object is said to bear an uncanny resemblance to the monument in director Stanley Kubrick’s famous 1968 A Space Odyssey film, where a monolith arrives from an unseen alien civilisation.

Reddit users pointed out how lines at the monolith’s base suggested a rock saw had been used to put it in the ground and that it appeared to be held together with screws, adding yet more doubt about the alien conspiracy theories.

But there is a far more prosaic explanation for the structure, with many observers quick to compare the piece work by minimalist sculptors.

A spokesperson for late artist John McCracken gallerist, David Zwirner, confirmed although the structure was not one of his works, he suspects “it is a work by a fellow artist paying homage to McCracken”. 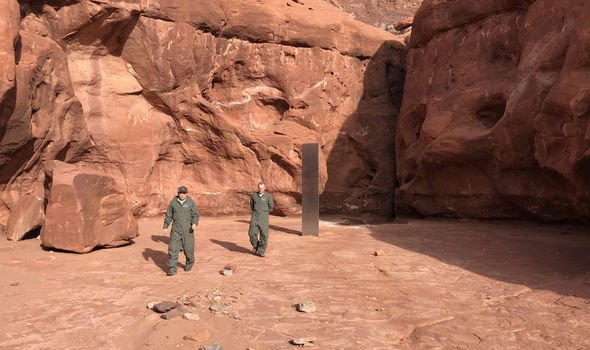 He said: “The gallery is divided on this. “I believe this is definitely by John.

“Who would have known that 2020 had yet another surprise for us?

“Just when we thought we had seen it all. Let’s go see it.”

Unfortunately, without the correct paperwork, it is illegal to install structures or art on federally-managed public lands.

The DPS joked this is true, “no matter what planet you’re from”.