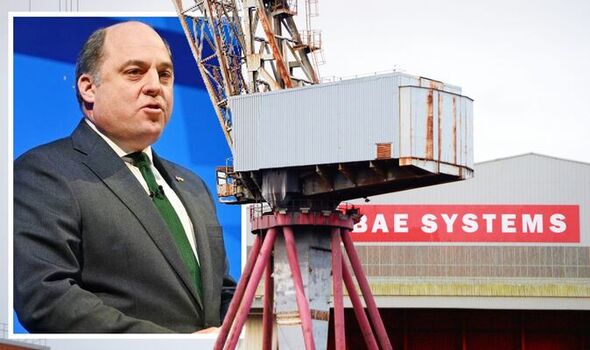 The news comes following a recent evidence-gathering session held by the Defence Committee. The deal was struck following a conversation between Dave Doogan MP and Mr Wallace surrounding the cost of other companies building such a facility.

“One is on a point that you were making just a second about the productivity that you see exhibited in foreign yards.

“Babcock producing 31 at £250 million a unit for the floating moving vessel, ex of GFE, is an extraordinary price.

“Is it your understanding that is being achieved because of the investments that it has made in Rosyth and the world-leading advanced manufacturing facility that it has there?

“I hear what you are saying about capacity. Are you aware fully of BAE’s exceptional ambition for the build hall at Govan and the effect that will have on its available capacity?” 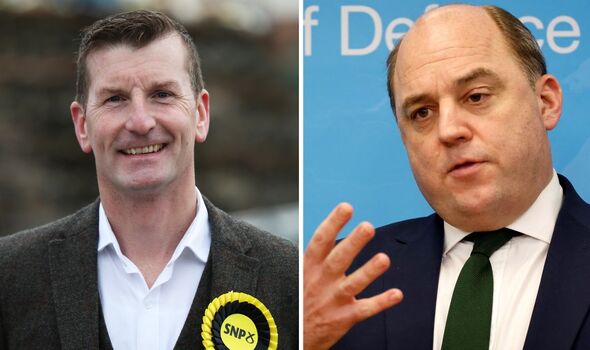 To which Mr Wallace responded: “Going back to my point about Rosyth and the Clyde, the Babcock leadership came along, invested in the build hall, got on with it and said, ‘If we can build these ships inside, we can increase our productivity. We do not have to stop when it is bad weather and everything else.’

“BAE, which is now doing it, first of all, wanted us to pay for it.

“To my point about getting the management to invest in the yards, it is in their interest, as much as it is in the customers.

“I am delighted that BAE is going to put a covered build hall in place.

“We will be contributing to it as the MoD and the customer, but that is the sort of thing that is about the cultural shift and investing in the yard, so that when, whatever happens, one day—there is not a naval contract or it wins another contract to build a civil ship—it can show that productivity.”

The plan will see a ‘wet dock’ drained and replaced with a covered hall.

With the new facility in place, newly constructed vessels can be lowered into the waters upon completion of primary building steps.

It is hoped that Type 26 ships 4 to 8 will be built in this facility, with the first three being put together outdoors.

HMS Glasgow is in build now and is being put together on the hard standing, adjacent to the wet basin area after she was built in sections in the existing build hall and joined together.

The move will see a welcome investment into the future of the Govan shipyard which had previously been under threat.

BAE had also been considering a second option of a new £200million single-site manufacturing facility at Scotstoun.

Such a move may well have contributed to the closure of the Govan yard.
A BAE spokesman said: “Following an assessment of potential facilities options, we have decided to retain and invest in both of our sites in Glasgow.

“We will work closely with our trade unions as we prepare the detailed designs to improve and expand our manufacturing facilities, which will mark the most significant investment in the Glasgow shipyards in decades.”

He added: “Together with investments in new technologies, cutting-edge processes and new ways of working, improved infrastructure will play a key role in transforming the way we design and build complex warships.

“This will enable us to create a modern, safe and inspiring workplace for our employees, whilst ensuring we deliver equipment to the highest quality at the lowest possible cost so we can compete effectively for future UK and international orders.”

“It will also sustain job security with orders for the Type 26 ships for the Royal Navy coming on stream.

“I am of the view that it will enhance our chances of securing export opportunities that have been elusive.”

Scottish Conservative West of Scotland MSP Annabel Goldie described the move as “a tremendous statement of confidence” in the United Kingdom’s defence capacity.

She added: “It is also a very welcome statement of confidence by BAE in the skills of shipyard workers in Scotland.”