Microsoft said on Wednesday it updated its privacy policy to let customers know that it had been collecting voice data of its users with the help of employees and contractors.

A spokesperson for Microsoft said the company collects voice data to provide voice-enabled services for Skype and Cortana and sometimes uses vendors to assist in improving these services.

‘We realized, based on questions raised recently, that we could do a better job specifying that humans sometimes review this content,’ the spokesperson said in an emailed statement. 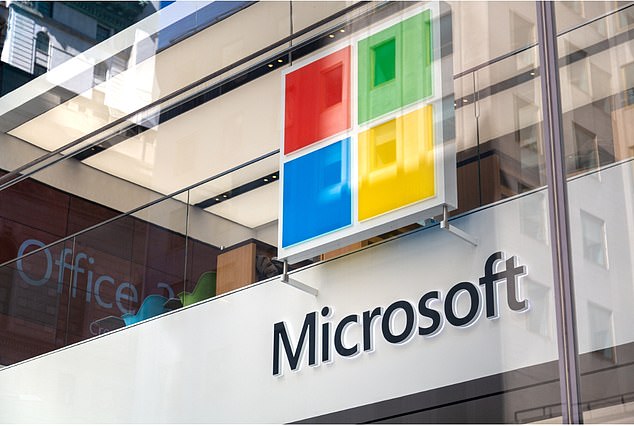 Microsoft said on Wednesday it updated its privacy policy to let customers know that it had been collecting voice data of its users with the help of employees and contractors. File photo

The company is the latest tech giant to admit to such practices, after media reports on Tuesday said Facebook Inc has been paying outside contractors to transcribe audio clips from users of its services.

‘We’ve updated our privacy statement and product FAQs to add greater clarity and will continue to examine further opportunities to improve,’ the Microsoft spokesperson said.

Tech companies in the United States have been facing broad criticism from lawmakers and regulators over their privacy practices.

Just yesterday it was revealed that Facebook has been paying outside contractors to transcribe audio clips from users of its services, Bloomberg reported, citing people familiar with the matter.

The company confirmed that it had been transcribing users’ audio and said it was no longer doing so, Bloomberg reported.

Bloomberg, citing the company, reported that the users who were affected chose the option in the Messenger app to have their voice chats transcribed.

The contractors were checking whether Facebook’s artificial intelligence correctly interpreted the messages.

The social media company has been facing broad criticism from lawmakers and regulators over its privacy practices.

Apple, Microsoft, and Google have all come under fire in recent weeks for how they collect audio from their voice-activated smart assistants.