Rich in fireballs and bright shooting stars, the Perseids are rightfully the most popular meteor shower of the year. The shower peaks each year when Earth ploughs through the debris field of Comet Swift-Tuttle. This year, the shower’s peak falls between August 11 and August 13, meaning you still have a chance to catch the shower after sunset tonight.

The shower has been active since July 12 and will produce individual meteors after the peak until about August 24.

“We annually punch through this train of particles that crosses Earth’s orbit. Behold the Perseus Meteor Shower.”

Under perfect weather conditions, the Perseids are known to produce as many as 100 shooting stars an hour. 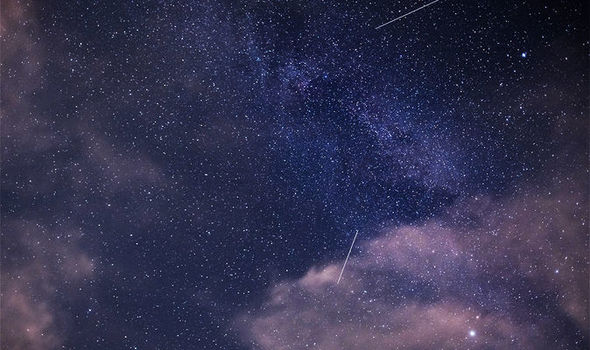 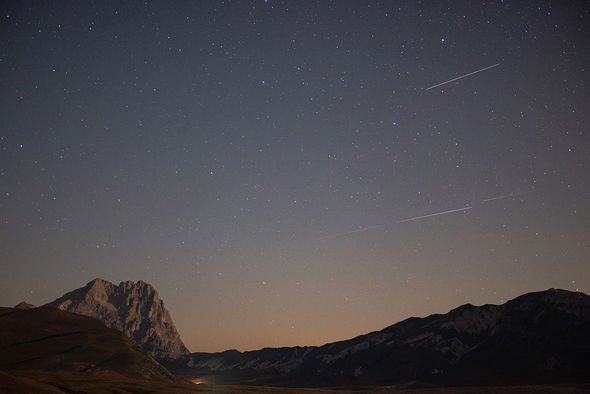 Amateur astronomers worldwide have now taken to social media to share their experience of the Perseids.

One person said on Twitter: “I captured this single photo of a Perseid meteor streaking over 60,000mph in the upper atmosphere along with Comet NEOWISE and lovely green airglow.”

Photographer Florian Kunde in Hamburg, Germany, caught two of the bright meteors with his camera.

He tweeted: “Two of the brightest meteors I captured tonight. Image doesn’t do them justice.

A third person said: “Went out to observe the Perseid and was lucky enough to catch my very first meteor – a beautiful, bright, textbook shooting star near Cassiopeia – as well as a shorter, fainter one closer to Ursa Minor.

“Then drug out the telescope and saw Saturn, Jupiter, and Mars.”

Aerospace engineer Krystina Pearson-Rampeearee said: “Woke at 2am this morning for some stargazing.

“Saw one very bright Perseid, two faint flashes and a satellite. It was magical and 100 percent worth it!” 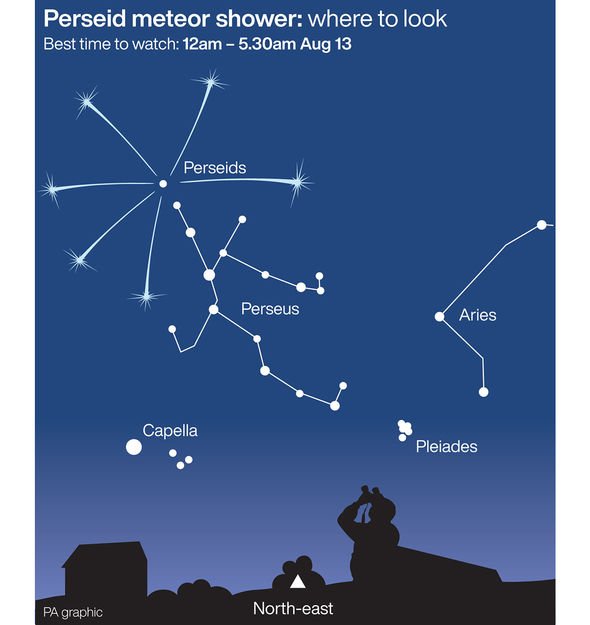 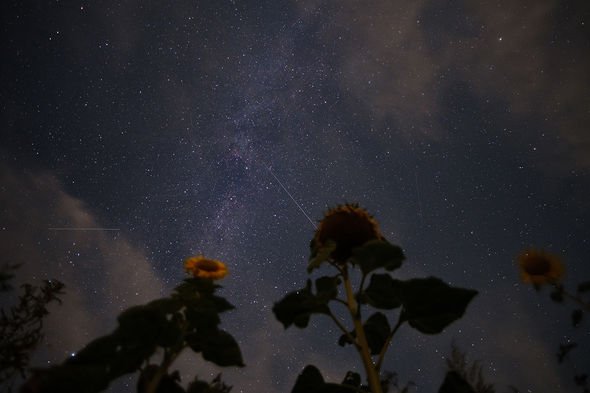 Unfortunately, some people had their views spoiled by bad weather.

Another person said: “My wife and I got to see a handful of bright Perseid meteors before some high clouds rolled in.”

The best time to see the Perseid shower this week is in the pre-dawn hours on Tuesday and Wednesday.

But according to US space agency NASA, midnight to dawn any morning in the week after peak should still produce a few meteors.

Keep your eyes peeled on the night skies between midnight and 5.30am local time.

NASA said: “The Perseids generally appear to radiate from a point high in the north, called the radiant.

“But you need only point yourself generally toward the north and look up.”

The radiant sits in the constellation Perseus, which is also the shower’s namesake.