Meta shares DROP 4.3% following launch of its new Quest Pro VR headset for $1,499 that CEO Mark Zuckerberg touts as a ‘gamechanger’ for the metaverse – but fails to addresses issues that plague the digital world

Meta’s shares took a dive of 4.3 percent on Tuesday shortly after the company announced its new $1,499 Quest Pro virtual reality headset that it touted as a ‘gamechanger’ for building its metaverse.

The virtual reality headset, which is being described as a productivity device, aimed at designers, architects and other creative professionals, was announced at Meta’s annual Connect event held today over a livestream.

The device is 40 percent thinner than the Quest 2 due to new pancake lenses that also delivers 75 percent more contrast and includes new self-tracking controllers that ‘work like an extension of your hand.’

Pre-orders open today and Quest Pro will be available on October 25.

While CEO Mark Zuckerberg made several big announcements for its new virtual reality venture, it failed to touch on how the company plans on fixing its ‘broken’ metaverse that is plagued with bugs, harassment and privacy concerns that are hindering its favorability among the public.

The issues include reports of woman being ‘virtually raped,’ consumers believe hackers will steal their virtual identity and most people do not understand what the metaverse actually is. 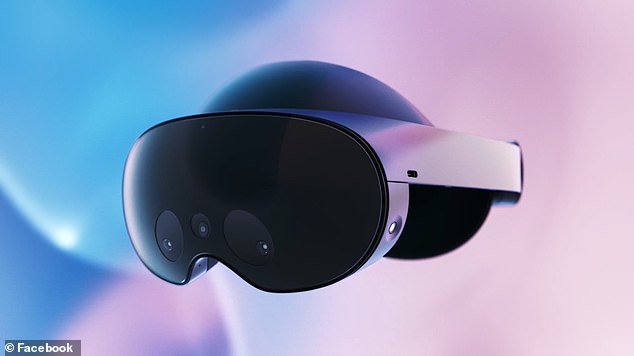 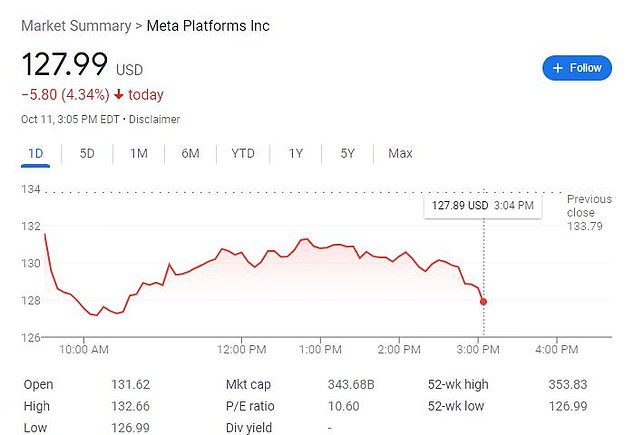 Meta may how thought its Connect 2022 would be its saving grace, but just a little after 3pm ET – two hours after the event started- its shares dropped

The launch is an important step for Zuckerberg, who last year announced plans for the device at the same time that he changed his company’s name from Facebook to Meta to signal his intention to refocus the social media giant into a company that operates a shared immersive computing experience known as the metaverse.

The CEO has lost $6 billion this year, $2.8 billion in the second quarter, so far in creating his metaverse vision that is currently the Horizon Worlds app – a total of $10.2 billion was lost in 2021.

Meta may how thought its Connect 2022 would be its saving grace, but just a little after 3pm ET – two hours after the event started- its shares dropped.

A major upgrade is the outward-facing cameras that capture a sort of 3D livestream of the physical environment around a wearer, enabling mixed reality novelties like the ability to hang a virtual painting on a real-world wall or have a virtual ball bounce off a real table. 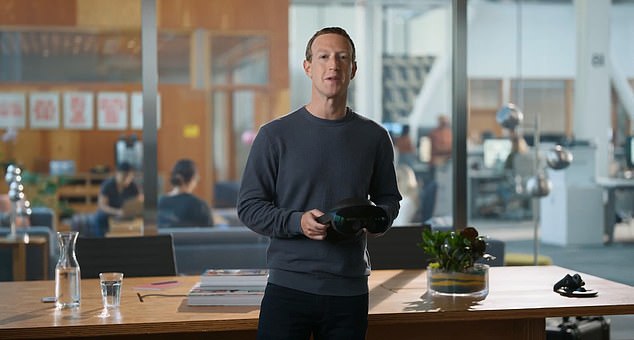 CEO Mark Zuckerberg announced the device that was specifically designed to help people be productive in the metaverse. However, he failed to address the several issues that plague the metaverse 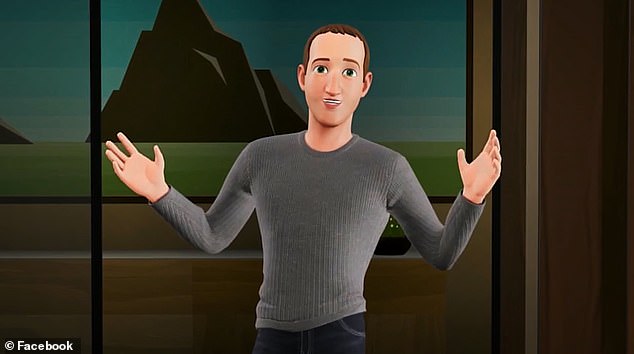 Zuckerberg also shared new avatars that will now have full bodies – the previous version ended at the torso – that can be shared across all the apps, video chat, in Reels and in Horizon Worlds 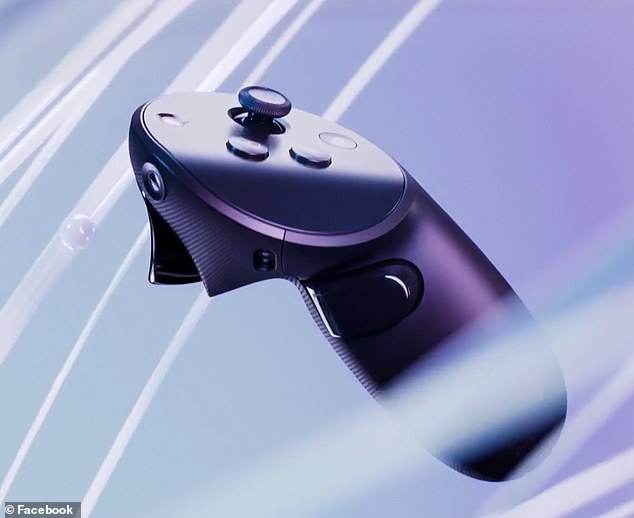 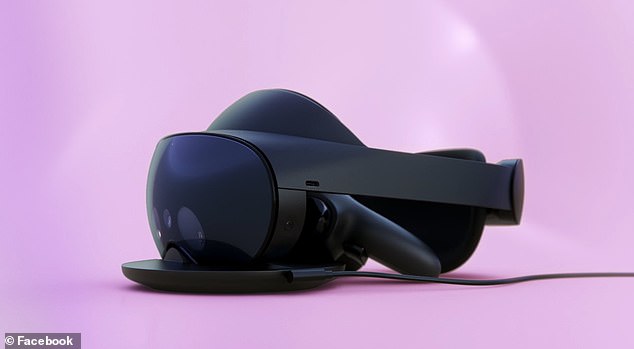 The VR headset also comes with a charging station that sits on a desk, as Meta foresees it being used specifically for work

The Quest 2, by contrast, offers a more rudimentary grayscale version of this technology, called passthrough.

The Pro is also lighter and slimmer than the Quest 2, with thin pancake lenses and a relocated battery that sits at the back of the headset, distributing its weight more evenly while reducing overall bulk.

Meta has added tracking sensors to the Quest Pro that can replicate users’ eye movements and facial expressions, creating a sense that avatars are making eye contact.

The headset lets the wearer see physical room they are in,  but they can be fully immersed by activating the magnetic light blockers.

They said the device is intended to complement rather than replace the entry-level Quest 2, which sells for $399.99.

The ‘metaverse’ is a set of virtual spaces where you can game, work and communicate with others who aren’t in the same physical space as you.

Meta founder Mark Zuckerberg has been a leading voice on the concept, which is seen as the future of the internet and would blur the lines between the physical and digital.

‘You’ll be able to hang out with friends, work, play, learn, shop, create and more,’ Meta has said.

While Meta is leading the charge with the metaverse, it explained that it isn’t a single product one company can build.

Zuckerberg also shared new avatars that will now have full bodies – the previous version ended at the torso – that can be shared across all the apps, video chat, in Reels and in Horizon Worlds.

This is the first time avatars will have all four limbs, in which the CEO said provides a more real-world experience for people while interacting with others.

Zuckerberg did not address any of the issue that have plagued his metaverse since announcing it last year.

One of the major problems is how will Meta stop users from being harassed, as there have been several reports of women being ‘virtually raped.’

Nina Jane Patel watched and listened in horror through a virtual-reality headset as her avatar – a moving, talking, computer-generated version of herself – was groped aggressively in a sustained attack by three realistic male characters.

Zuckerberg may have high hopes for his metaverse, but he still has many hurdles to overcome before it becomes the ‘magical sensation’ he claims it to be.

Another woman was ‘virtually raped’ in May after about one-hour of using the platform.

An unnamed researcher for SumOfUs, a non-profit that campaigns to curb the growing power of corporations, was tasked with exploring Horizon Worlds as an experiment, but after about one-hour in the digital world she was ‘raped.’

A recent internal memo from September also leaked this month, which states the Horizon Worlds app is so riddled with bugs that it is barely used by Meta staff.

And according to a survey by Ipso, 38 percent of Americans reported they are familiar with the metaverse, but only 16 percent could correctly define what it means. Getting the public on board with Zuckerberg’s metaverse is one of the major hurdles the company faces.