Men with higher testosterone levels are MORE generous in the presence of others – but only to improve their social status, study suggests

Young men with high testosterone levels are more financially generous when in the presence of others, a study has found.

It shows that when men have boosted levels of testosterone, the male sex hormone,  they become less thrifty.

But the revelation in favour of macho men comes with a catch, the individuals are only more generous because they think the act will boost their social standing. 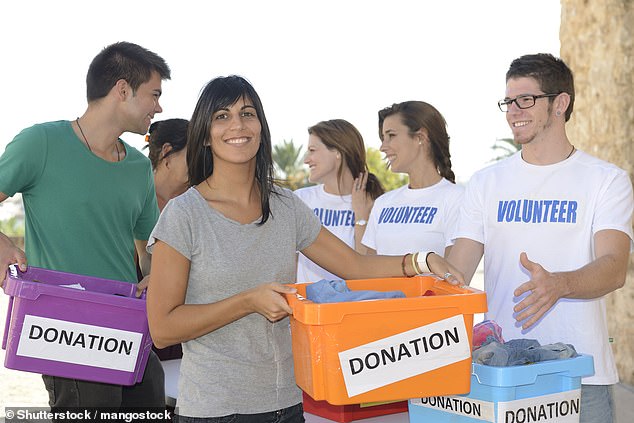 Young men with high testosterone levels are more financially generous when in the presence of others, a study has found (stock)

Researchers at the Shenzhen Key Laboratory of Affective and Social Cognitive Science in China studied 140 young men aged between 18 and 25.

They were all rubbed on the shoulders and upper arm with a gel when they arrived for the study.

Men with low testosterone levels that contract COVID-19 are at far greater risk of dying from the virus, a study has found.

A recent study found men are twice as likely to die from the coronavirus, but clinicians have been unable to determine why this is.

But a study from a German hospital of 45 COVID-19 patients admitted to intensive care reveals the male sex hormone testosterone may play a key role.

The hormone is known to help regulate the body’s immune response but when a man has low levels of testosterone, the immune system is not kept in check and can go haywire following infection.

Half of the men received a gel containing testosterone and the other half received a placebo.

Three hours into a four hour window, they were asked to donate to a real charity.

They were asked to donate in less than five seconds, with some people answering the question in front of others while others answered it privately.

Writing in their paper, the researchers say: ‘In our study, testosterone increased prosocial behaviour (i.e. donations to a charity organisation) when participants’ reputation was at stake (i.e. public condition).

‘For example, individuals who are willing to help are more likely to be helped in return and be chosen as allies, and less likely to have competitors.’

They add: ‘In conclusion, our findings demonstrate that testosterone administration increases sensitivity to social reputation in a donation task.

‘These data provide direct causal evidence for the social status hypothesis of testosterone.’

The full findings are published in the journal Proceedings of the Royal Society B.