French President Emmanuel Macron’s energy crisis has gotten worse, as strikes in EDF have reportedly brought down the country’s nuclear output. While much of Europe struggles with a lack of security around gas following Russia’s invasion of Ukraine, France has been facing a different set of issues around nuclear energy, its primary electricity source. Over the past year, about half of EDF nuclear power plants, many of which were ageing, have been forced to shut down for maintenance or repair work. As Paris scrambles to keep the lights on, Macron is turning to the UK for help this winter.

On Monday, French nuclear operator EDF announced in an online note, that a 24-hour strike would take place from the evening Wednesday, September 28 to late Thursday, September 29.

According to foreign exchange trader @sevenlol on Twitter, this strike, which began last night, brought EDF’s output down, tweeting: “3.3 GW OF NUCLEAR POWER IS CURRENTLY OFFLINE DUE TO THE ONGOING STRIKE – EDF”.

Meanwhile, the French state owned energy firm revealed that nuclear power generation, which usually produces around 70 percent of France’s electricity, plummeted in August by nearly 40 percent year-on-year, largely as a result of corrosion issues with the nation’s nuclear reactors.

As a result, Paris has become a net importer of electricity in the first half of 2022, despite usually exporting cheap nuclear power to the UK via the three cables which trade electricity across the English Channel. 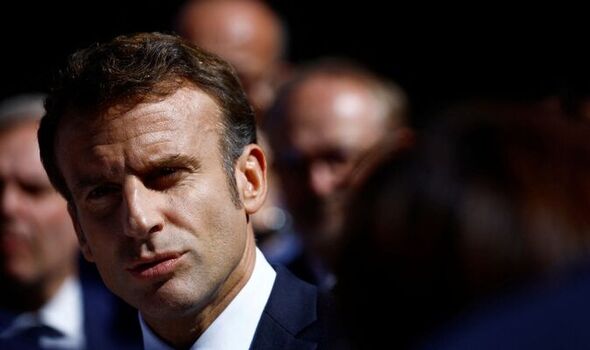 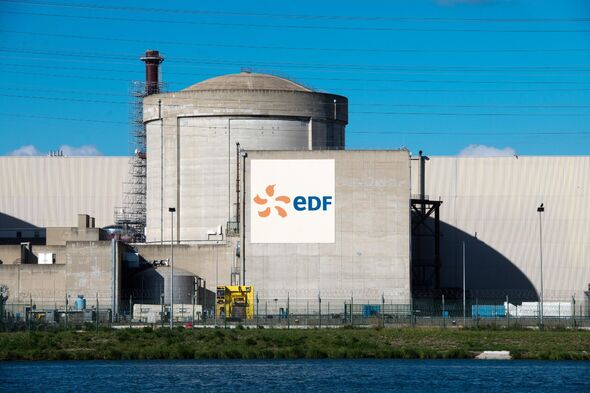 A major reason for the wider nuclear shutdown is the corrosion safety problems, as experts have previously warned Mr Macron about significant problems in EDF nuclear power plants in France as cracks were detected in some nuclear reactors.

Speaking to Express.co.uk, Dr Bernard Laponche, the co-author of a recent study on EDF’s reactors warned that cracks in the cooling systems of many of these reactors could result in horrifying disasters that are only comparable to events like “Three Mile Island or Fukushima”.

As a result of these corrosion problems, four 1500 MW, seven 1300 MW and one 900 MW reactors are shut down. Dr Laponche also warned that more reactor shutdowns could happen in the future, as EDF power stations are currently under investigation for similar reactor flaws.

As Paris struggles to keep the lights on, the UK and France are reportedly considering sharing each other’s electricity supplies this winter after France’s grid operator RTE warned it needs “close cooperation” with other nations to keep the power running.