Jeff Bezos announced last week that he would be on the first trip to space courtesy of his Blue Origin business. The Amazon founder announced that he and his brother will be going on an excursion into space on July 20. One final seat on board the rocket, known as New Shepard, was up for grabs in a bidding process.

After a four-week bidding process, the winning bid has now been announced.

While Blue Origin has not said who the winner is, the company has said it will cost the individual $28million (£20m).

A statement from Blue Origin said: “Nearly 7,600 people registered to bid from 159 countries.

“The winning bidder will fly to space on New Shepard’s first human flight on July 20, and will join Blue Origin founder, Jeff Bezos, and his brother, Mark. 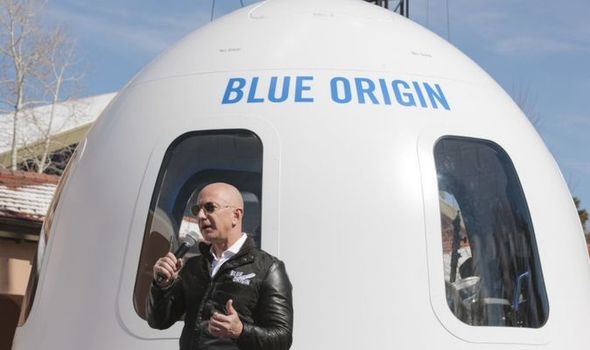 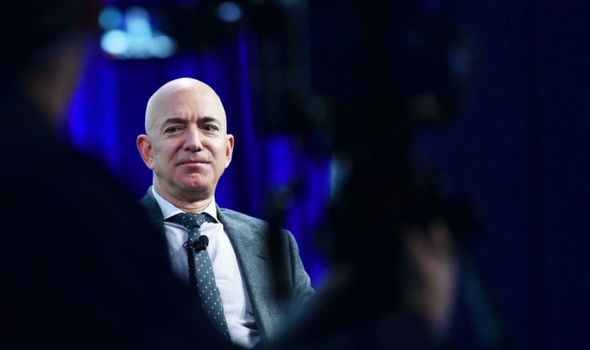 “The winning bid amount will be donated to Blue Origin’s foundation, Club for the Future, whose mission is to inspire future generations to pursue careers in STEM and to help invent the future of life in space.

“The name of the auction winner will be released in the weeks following the auction’s conclusion. Then, the fourth and final crew member will be announced—stay tuned.”

The New Shepard will fly the six passengers, including pilots, 62 miles (100 kilometres) above Earth’s surface.

They will then sit in orbit for 10 minutes where they will experience weightlessness.

As the rocket approaches the ground, boosters will be launched so as to slow it down before it lands on a pad two miles from the launch site. 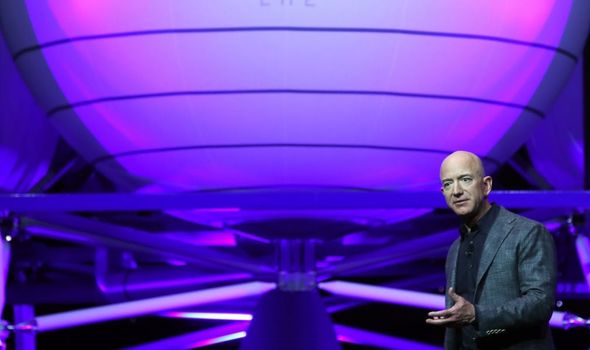 The six onboard the rocket will also be able to see the curvature of the Earth before returning to Earth.

When Mr Bezos announced he would be taking his brother, Mark, to space, he said: “Ever since I was five years old, I’ve dreamed of travelling to space.

“On July 20th, I will take that journey with my brother. The greatest adventure, with my best friend.”

In the video, Mr Bezos said: “To see the Earth from space, it changes you.

“I want to go on this flight because it is something I have wanted to do all my life.”