Russian submarine launches cruise missile in the Sea of Japan

Japan’s Ministry of Defence says the vessels were spotted in the East China Sea on Monday. It is the fourth time a Chinese naval vessel has been spotted entering Japan’s contiguous zone, near the Senkaku Islands. The last entry was by a naval hospital ship in June 2018.

The Chinese frigate is said to have entered the zone at 7:44am, southwest of Uotsuri Island, where it remained for six minutes before leaving.

A Russian frigate also entered the contiguous zone off the Senkaku Islands shortly after 7:00am remaining in the zone for over an hour before leaving.

Japanese officials are now examining the routes taken by the vessels, and analysing the aim of the naval ships as they continue to monitor their movement.

The government lodged a protest with the Chinese government through diplomatic channels. It also called on the country to prevent a recurrence.

The Japanese government maintains the islands are an inherent part of Japan’s territory.

Both China and Taiwan claim the disputed islands as their own. 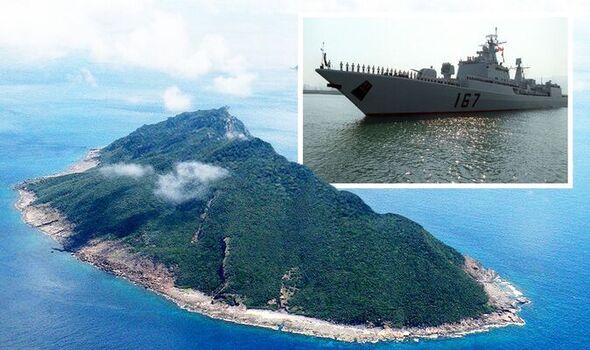 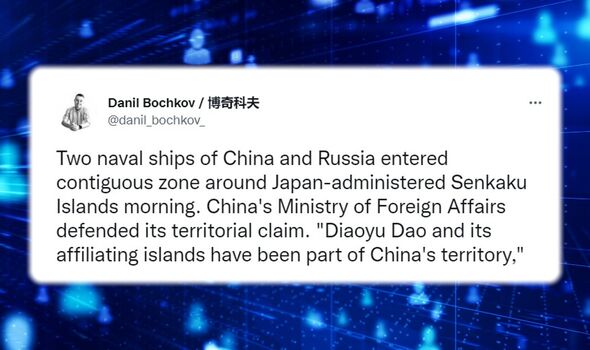 By making it appear as if it were patrolling around its own territory, China was likely trying to demonstrate its territorial claim to the Senkakus, according to the official, who added that the move “unilaterally heightens tensions” and has created a “seriously concerning situation”.

Deputy Chief Cabinet Secretary Seiji Kihara said at a press conference: “Japan will respond firmly but in a calm manner against similar moves.”

Through a diplomatic channel, Tokyo also called on Moscow to take an “appropriate response,” while expressing its “keen interest” in Russia’s recent moves around the Senkakus, according to a ministry source.

But Japan stopped short of protesting to Russia given that the country does not lay claims to the Senkakus, as well as that the Russian frigate may have entered the contiguous zone to avoid a typhoon, the source added. 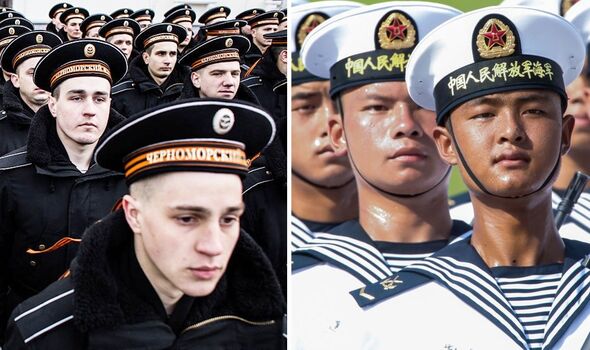 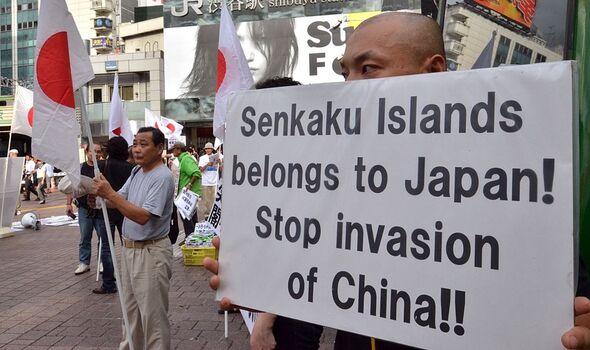 The ministry also said there are no reports of the Chinese and Russian frigates having entered the territorial waters around the islet group.

Under international law, ships of any nation, including warships, are understood to have the right to sail through the contiguous waters of a coastal nation unless they threaten the nation’s safety.

Japan has over the years lodged protests against China over repeated intrusions by Chinese coast guard ships into Japanese waters around the Senkaku Islands.

Japan has also been wary of the deepening military cooperation between China and Russia of late, such as a joint flight of bombers of the two nations over the Sea of Japan, the East China Sea and the Pacific in late May. 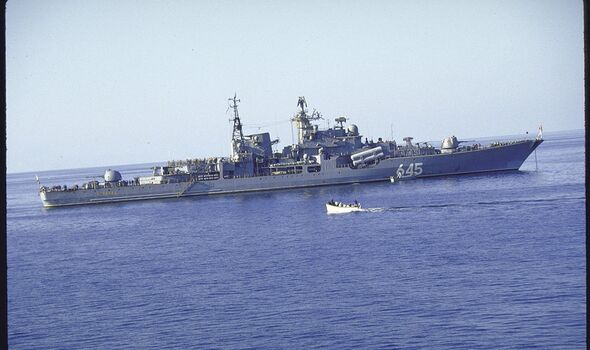 Tension has increased in the East and the South China Sea over Beijing’s expanding presence in the region.

The aircraft carrier was named “Fujian” in an apparent warning to Taiwan, with the vessel being honoured after the province closest to the island in a clear attempt to intimidate the self-declared independent island.

Japan has raised numerous concerns over China’s emboldened rhetoric over Taiwan, with Japanese Prime Minister Fumio Kishida warning “Taiwan will become the next Ukraine” at a high-profile meeting of defence ministers in Singapore last month. 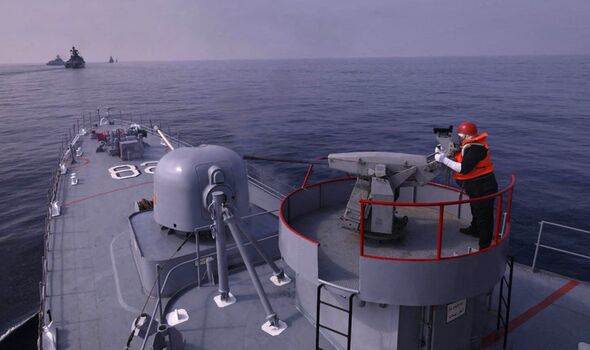 Earlier this year, Russia and China’s navy were joined by the Iranian navy in a tri-nation drill in the waters of the Indian Ocean.

The move is the third such exercise as ties between Tehran, Beijing and Moscow grow stronger.