The social platform announced its decision on Thursday after indicating that the change would be implemented across the US earlier this week.

Instagram says it will be rolling out in groups, and users who are selected in the test will no longer be able to see how many likes a given post has. Like counts will still be available on their own posts.

‘If you’re in the test, you’ll no longer see the total number of likes and views on photos and videos posted to Feed unless they’re your own.’ 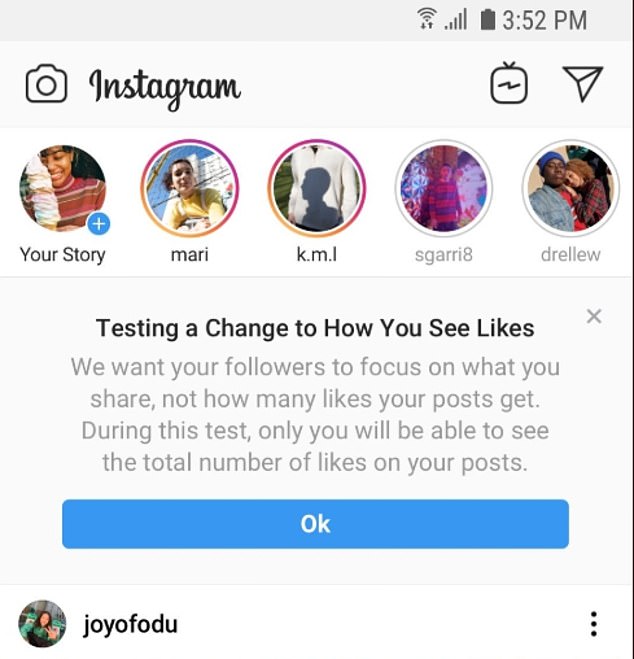 In April, Instagram rolled out a like-hiding test in Canada, Japan, Ireland, Italy, Brazil, Australia and New Zealand in which users are able to see a list of likes on their own posts, but not those of others.

The platform says it is part of an effort to make users feel happier and less self-conscious online amid concerns social media can contribute to low self-esteem and feelings of inadequacy in young people.

‘It’s about young people. The idea is to depressurize Instagram, make it less of a competition, give people more space to focus on connecting with people they love and things that inspire them,’ said Instagram Head Adam Mosseri in an interview with Wired.

While the platform says its may help mitigate negative effects on users’ mental health, some communities, like its contingency of brand influencers have expressed concern that the move will hurt their business which is contingent on social media ‘clout.’

According to a study in Social Media Today, influencers almost unanimously experienced a drop in their like counts in countries where the the feature was hidden.

Others, however, have welcomed the drastic change, citing its ability to help brand ambassadors and influencers to focus on content instead of popularity. 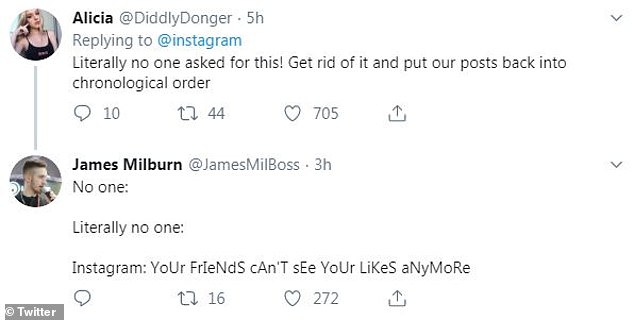 Ana Benzan, an influencer who promote self-care with nearly 22,000 followers told MailOnline the move could help make the platform less stressful for everyone.

‘I know that a lot of content creators who monetize their Instagram following are feeling lost and aggravated with this new change… I think this will help make IG a more relaxed space with less pressure to show how popular one can be and turn the attention back to good content and genuine interaction.

‘I am confident that brands will still want to work with content creators and influencers even if they don’t see the number of likes on posts. After all, there are so many other ways to measure interaction.’

Instagram’s expansion of hiding posts likes from the general public will mirror an ongoing test for Australian users of Facebook – the company’s parent company.

‘I’m locked up with the girl of my dreams!’ Mark Wright gushes about isolating with wife Michelle Keegan after years of being in a ‘long-distance…